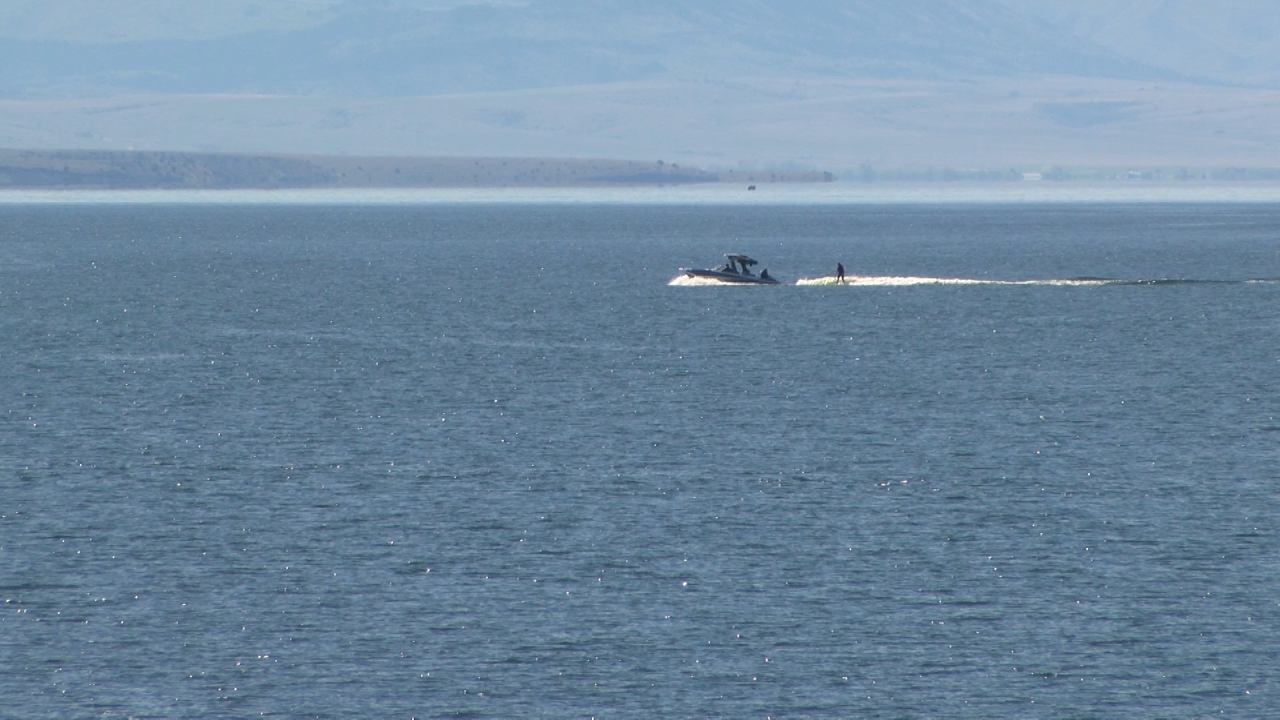 People were out enjoying the weather at Canyon Ferry Reservoir for Memorial Day, although in far fewer numbers than previous years.

Even when the weather doesn’t cooperate, Canyon Ferry is usually full of boaters on Memorial day. Around noon on Monday, there were less than a dozen boats viewable from the northern shore of the lake.

“Usually you can’t hardly use the boat dock but this year there’s plenty of room, plenty of parking,” said Ken Papka.

“After being cooped up, it’s finally weather enough that you can get out,” said Papka.

The shore line was a little more populated, but people had plenty of room to get their lines wet without encroaching on others.

Kathy Widdicomb caught her first rainbow trout of the year on the holiday with some help from her daughter Randi who got pretty wet netting the fish.

The Widdicombs also noted how strange it was to see the lake so empty.

“We don’t even have to worry about social distancing here,” said Kathy Widdicomb. “We’re lucky we kind of have the beach to ourselves.. We’re thankful for the freedom we have here and we want to thank the veterans for all of their sacrifices.”

COVID-19 has drastically limited travel to the state however, and Montana is still under a travel restriction that requires a 14 day quarantine from people coming in out of state.

That travel restriction will be lifted June 1 as Montana enters the Governor’s Phase Two of reopening.