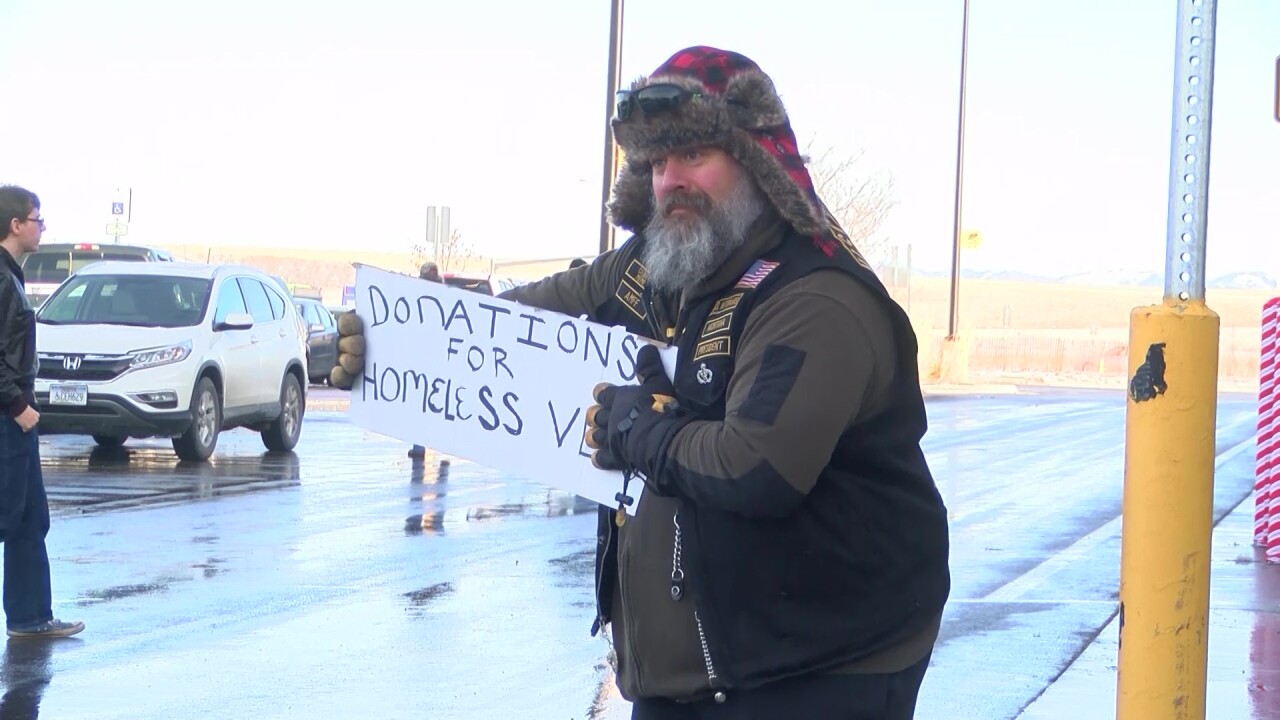 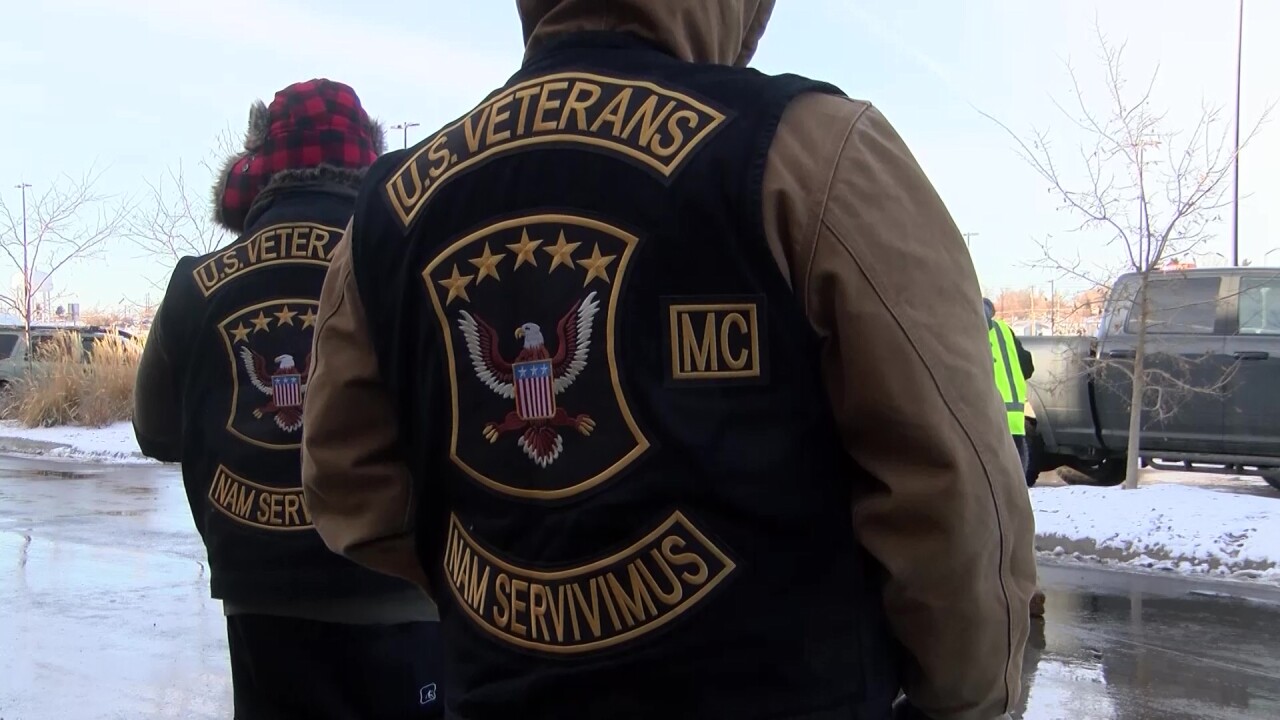 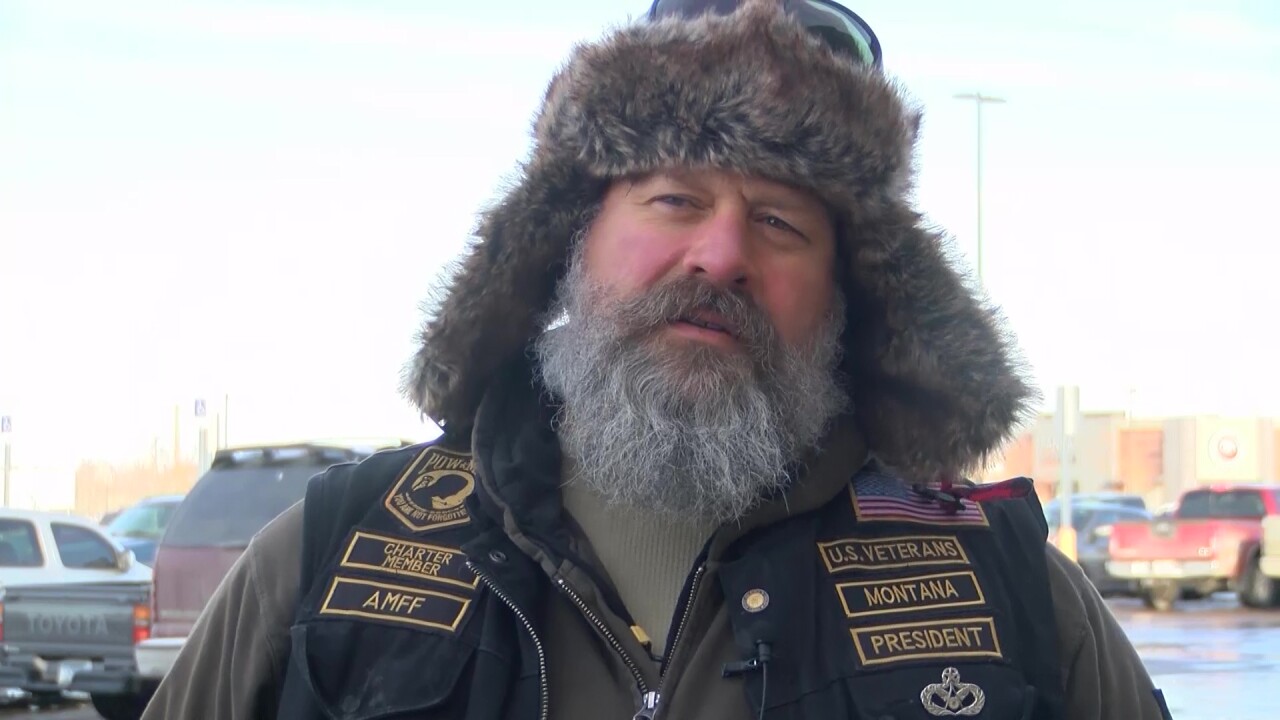 GREAT FALLS — According to a study done by the United States Department of Veterans Affairs in 2018, there could be as many as 37,000 military veterans experiencing homelessness on any given night in the United States.

Andy Franks and the other members of the Great Falls chapter of the United States Veterans Motorcycle Club (USVMC) know that ending veteran homelessness is a tall task. On this Veterans Day, they’re focusing on something that’s a little bit easier - donating money, clothes, and toiletries to vets in need.

“We do this every year,” explained Franks, the president of the Great Falls chapter. “We get stuff for the Grace Home, for other veteran’s organizations around that hand out stuff like clothing and toiletries and detergent, household goods, all that stuff.”

Franks and several other members of the club braved the cold weather on Monday and stood outside of both Walmart locations in Great Falls collecting donations all day.

Franks waved around his “Donations for Homeless Vets” sign with enthusiasm all day, never once stopping to think about the cold weather. He also didn’t get discouraged by the number of cars that drove by without stopping to donate, choosing to focus on the people that did give instead.

This is the club’s most important event of the season, but it’s far from the only that they conduct. One member of the club also mentioned that a Great Falls hockey team had donated tickets to the club, and that they were planning on either auctioning them off to raise money for the cause or giving them away.

“We’re a Veterans Motorcycle Club, we’re here out of Great Falls but we’re a national club,” Franks said. “There’s a lot of veteran’s clubs around, but this is one thing that we do. The other clubs around town do all kinds of stuff. It’s not just, 'See us up riding up and down the roads,' we’re out here freezing trying to get stuff for the Grace Home.”

If you missed the event today, you can still help homeless veterans by donating to the Grace Home.