State officials spoke at the ceremony 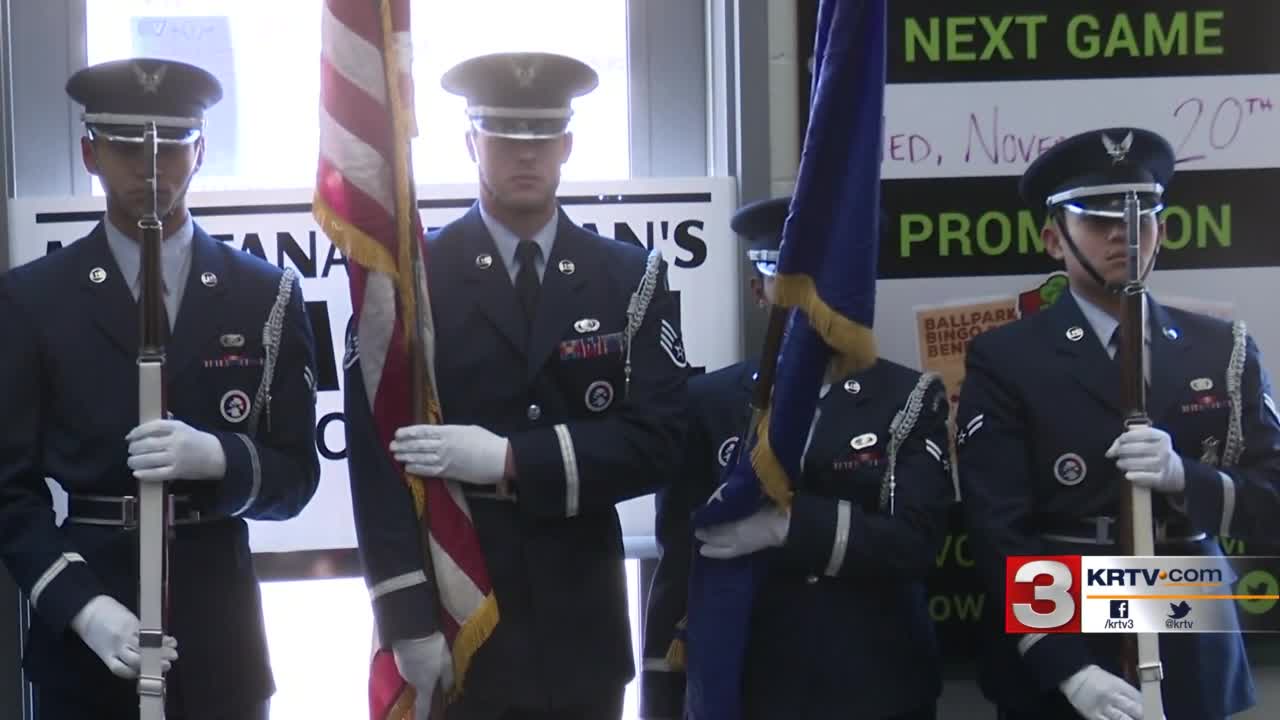 GREAT FALLS — In honor of those who have defended and served our country, the Montana Veterans Memorial Association held their annual veterans ceremony this morning at Centene Stadium.

“The life of every American has been touched in some way by a veteran,” Fox said.

In addition to the 100th anniversary of Veterans Day, this year marks Post 3 and Post 341’s centennial anniversary as members of the American Legion.

“We’re all family. We’re all brothers and sisters. We’re one of the biggest families around,” Driver said.

Driver says the American Legion hopes to have more members join their post, especially since the signing of the LEGION Act.

Before the LEGION Act was signed this past September, only veterans of recognized wars were eligible to join the American Legion.

The act opened membership to 6 million more veterans, by extending eligibility to all honorable serving veterans who served from April 6, 1917 to November 11, 1918 and December 7th, 1941 until the country is no longer considered to be in a state of war.

More information on the American Legion can be found at their website.