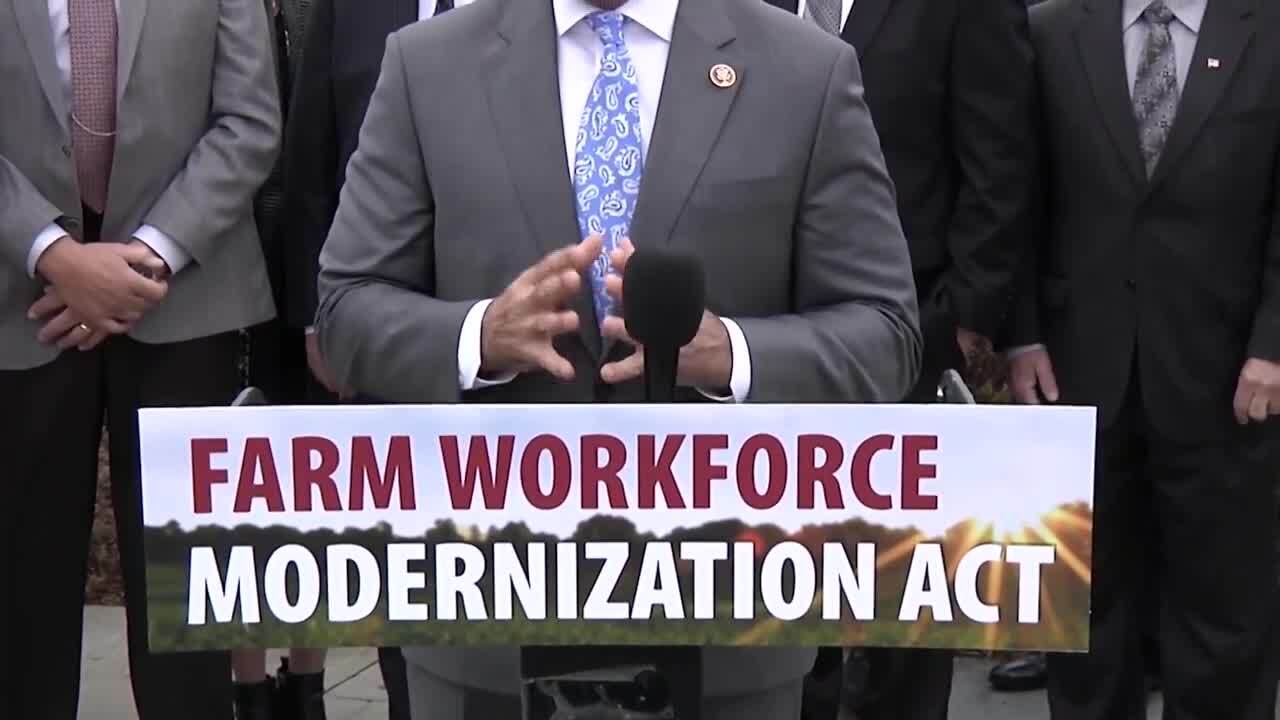 Potato farmers from Montana and across the nation were in Washington D.C. last week discussing issues that impact American agriculture.

“Agriculture in the United States takes a tremendous amount of labor,” Kimm said. “In Montana, right now in the Bozeman area we have less than a two percent unemployment rate. It's not easy to find labor and we need help to harvest crops. We need help to plant crops. It just takes a lot of labor force. And right now, we don't have good access to get them. A lot of our friends in the agriculture industry are struggling with employees who don't know what their status is going to be.”

According to USDA, one of the clearest indicators of the scarcity of farm labor is that the H-2A Temporary Ag labor program saw labor positions requested and approved increase from just over 48,000 in 2005 to nearly 243,000 in 2018.

The National Potato Council and members of the House held a press conference on the steps of the Capitol urging the Senate to take up the legislation.

It’s important in “making sure that we have a workforce in the agricultural sector,” said Rep. Zoe Lofgren D-California co-sponsor of the bill. “We want a legal workforce in the United States of America. And this bill allows this to happen.”

The bills other co-sponsor Rep. Mike Simpson, R-Idaho, also spoke on the importance of the legislation.

“We are here today to celebrate a great bipartisan vote in the House of Representatives,” said Simpson. “Passing the Farm Workforce Modernization Act was a great step forward towards solving labor crisis in Rural America. Now it's time for the Senate to take up the bill. With new trade deals and markets opening for our agricultural commodities we need the labor to get the crops out of the ground and to the markets. Just yesterday, we saw a new access for potatoes in China. This was great news. Now we need the labor to meet this new demand.”

“Well its reassuring and refreshing to see that happened in DC,” Kimm shared. “To see that both sides of the table working together. To see that we have the labor that we need to make this work.”

If brought up in the Senate, both chambers would have to compromise and craft a bill that addresses issues that the Senate has with the existing legislation.