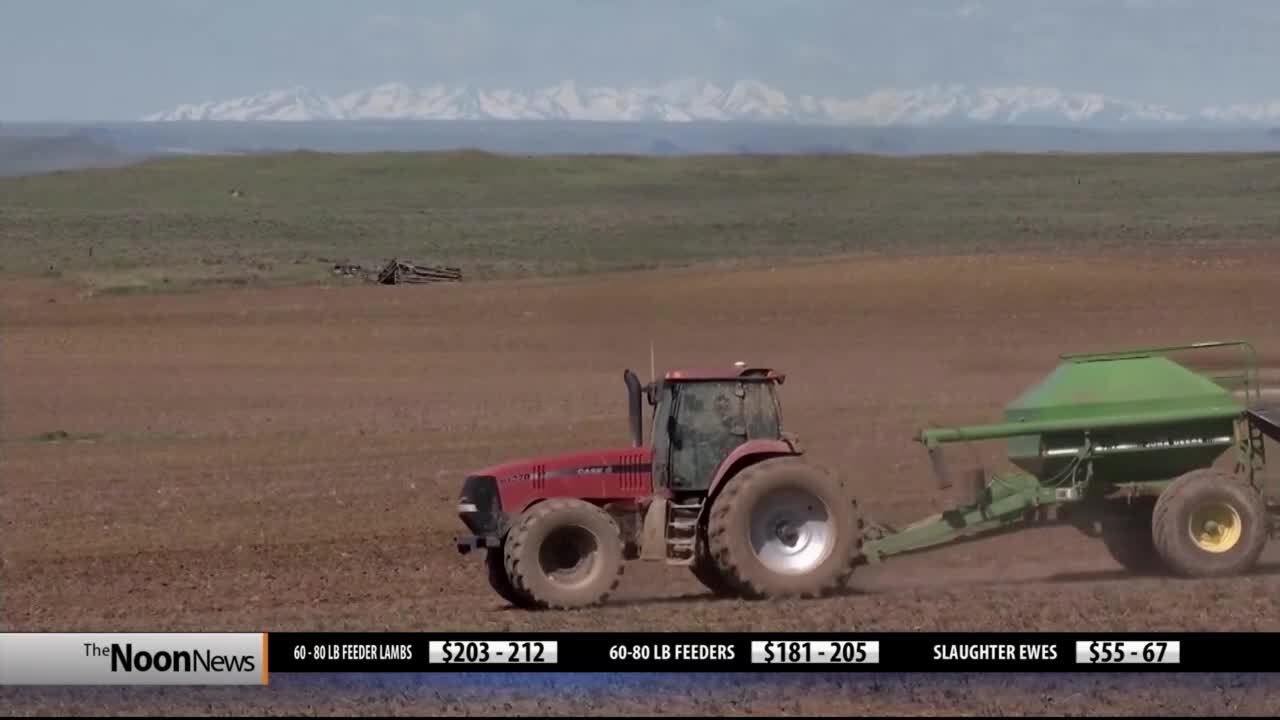 #1: The news of the partial U.S.-China trade deal has sparked a lot of buzz about soybeans. But it turns out, wheat could actually end up being a bigger and surprise winner. Speculation is mounting that China will work to fill its wheat-buying quota as part it’s pledge it failed to stick to in the past. While the allotment, set by the WTO, could be filled by supplies from any country, it still means additional global demand at a time when the market is tight. According to AgResource, wheat traders expect China will soon release the quota and prices are already reacting. On Friday, futures for March delivery rose as much as 2.2% to $5.61 a bushel in Chicago, the highest for a most-active contract since August 2018. Trade experts say China will likely fill its quota with the cheapest wheat in the market. And more export business in 2020 would certainly be some very good news for U.S. wheat farmers.

#2: A number of agriculture groups led by the American Farm Bureau Federation have filed a motion to intervene in a federal lawsuit challenging EPA's repeal of the 2015 waters of the United States, or WOTUS, rule. Environmental and conservation groups filed a lawsuit in the U.S. District Court for the District of South Carolina on Oct. 23, 2019. That lawsuit is led by the South Carolina Coastal Conservation League, Natural Resources Defense Council, National Wildlife Federation and others. The lawsuit alleges the federal agencies violated the Administrative Procedure Act in promulgating the repeal rule and merely reverting back to the 1986 rule instead of re-introducing it for public comment. What is most problematic for agriculture with this lawsuit is if the court rules the agency should have promulgated the 1986 rule again instead of just reverting back to it, the 2015 rule could go back into effect until EPA completes the rewrite of the new rule.

#3: Montana State University Extension will host a free, annual cropping seminar series January 6-10 at several locations across the state. Speakers will cover crop diseases and management, oilseed crops, cropping decision tools and international markets and world supply and demand. Both commercial and private pesticide licensing recertification credits will be available. The seminars are free, and all producers are encouraged to attend. January 6th, they’ll be in Fort Benton and Stanford; January 7th in Havre and Chester; January 8th in Cut Bank and Shelby; January 9th in Choteau and Conrad; and January 10th in Great Falls. For more information including times, locations and contact numbers for each, please visit our Montana Ag Network Facebook page.

#4: The Montana Alfalfa Seed Committee is seeking proposals for demonstration projects, applied research, and market development projects designed to address needs and opportunities for Montana’s alfalfa seed industry. Proposals are due January 31, 2020. The committee will review proposals at the first regular meeting of the year. It will review all applications and make recommendations to the department for funding. Generally, to qualify for consideration, proposals must have practical, near-term application involving practices or organizational arrangements that will stimulate and expand the alfalfa seed industry. For more information, please contact Dani Jones at the Montana Department of Agriculture in Helena.