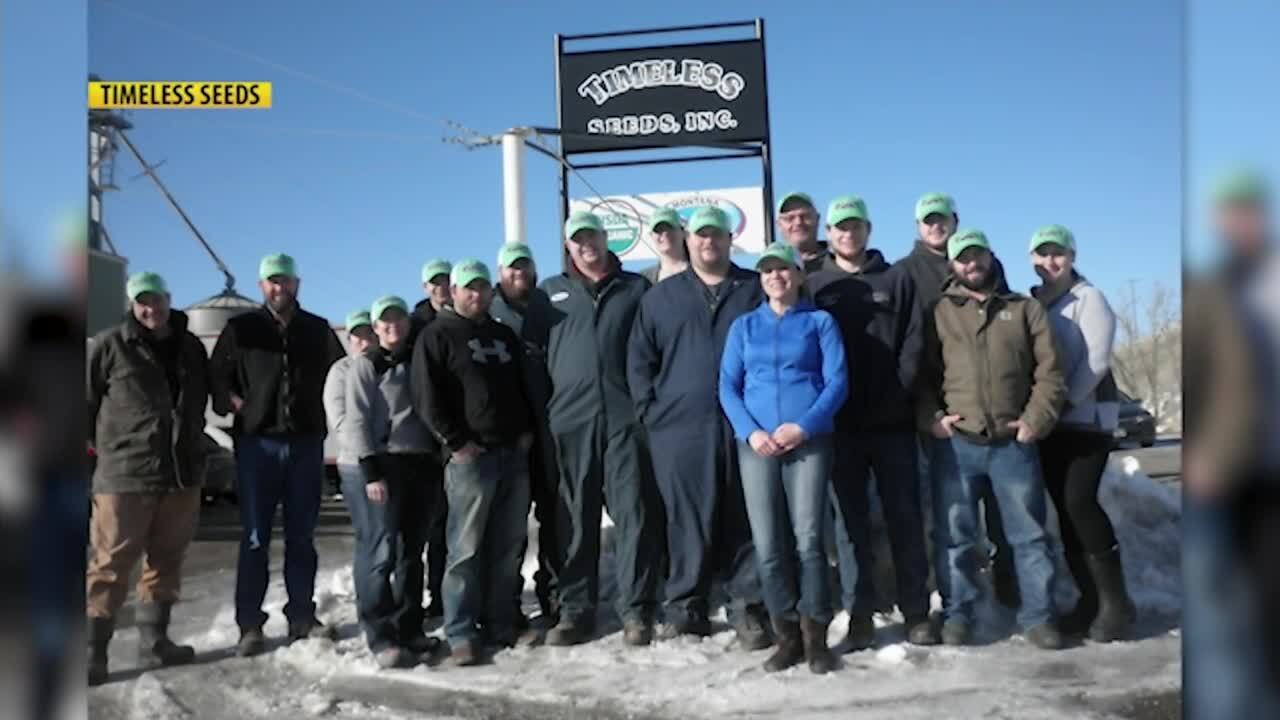 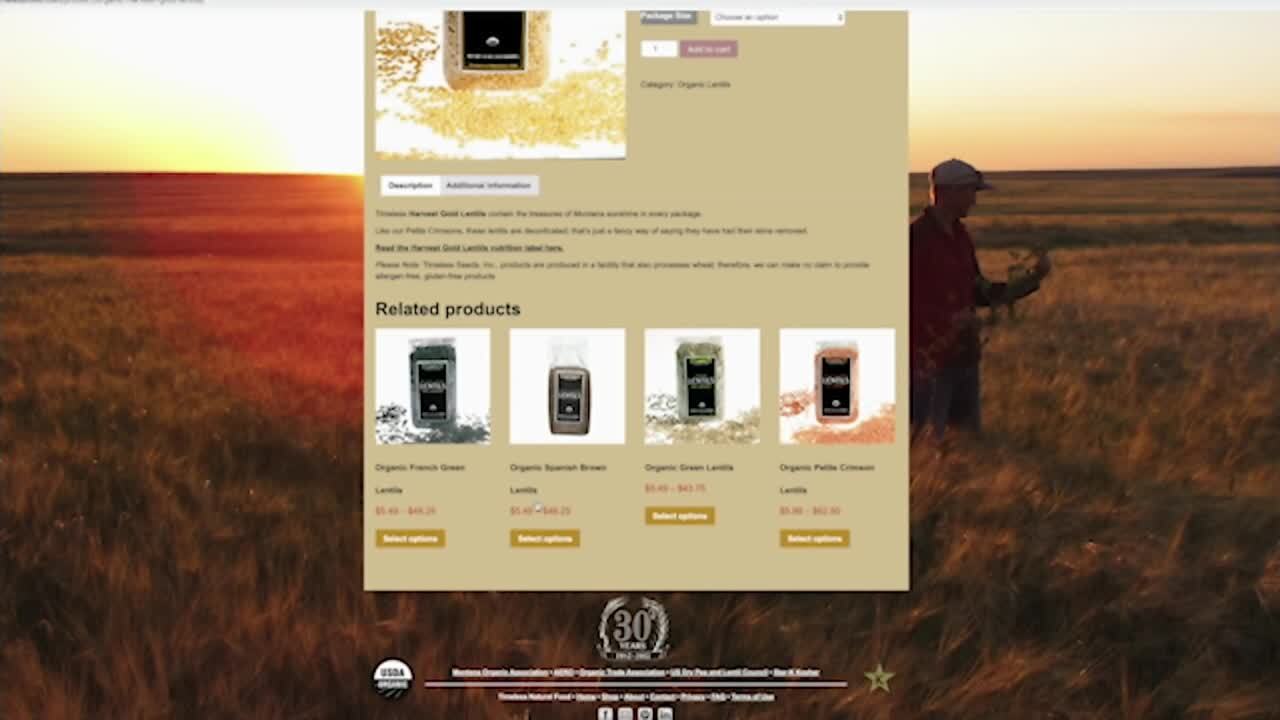 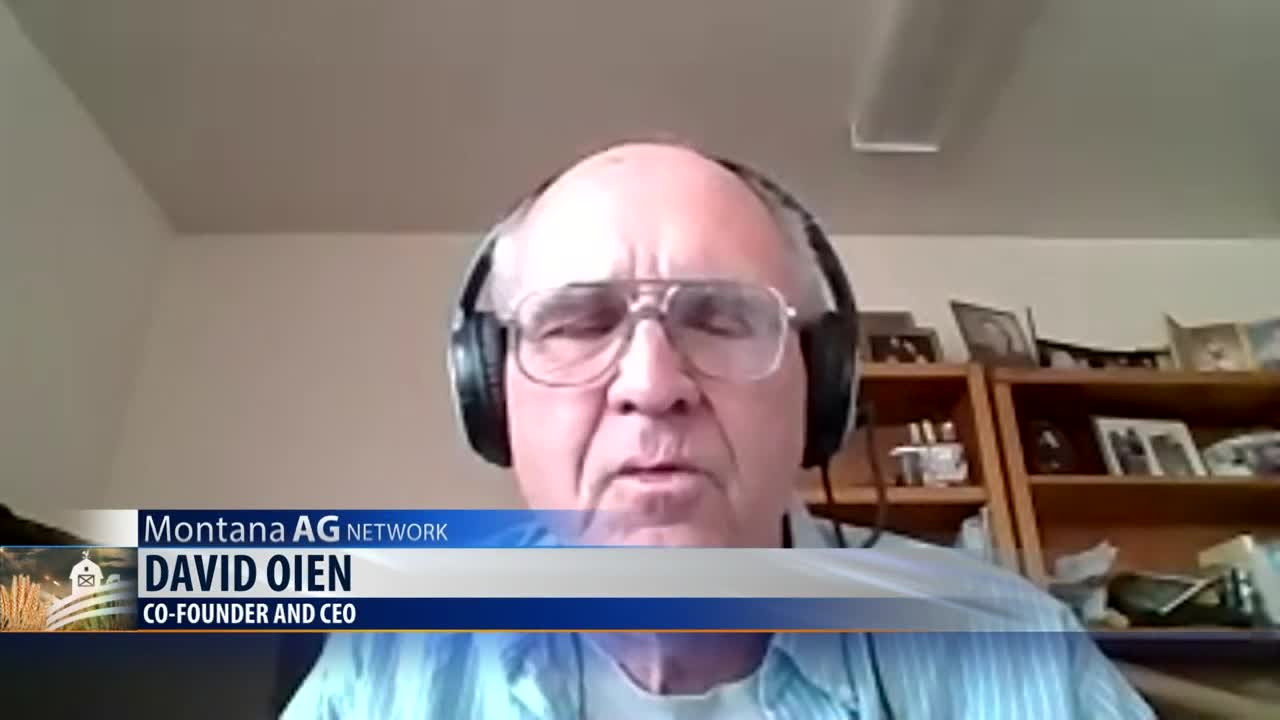 HELENA — As Montanans know, agriculture is essential year-round. Our farmers and rancher are vital to providing Americans with fresh, healthy food.

An Ulm-based farmer says even during a pandemic, demand for his crops is at a record-high. David Oien and his decades-old farming co-op called Timeless Natural Food are now filling a niche for many Americans, with organic lentils and heirloom grains.

Timeless Natural Food staff are working almost around the clock to keep up with demand. According to Oien, they added a second shift so the facility is now open for 16 hours each day. They’ve recently hired six extra employees and want to hire three more. The changes are in an effort to keep up with their online orders, which have spiked this year.

Since early March, Oien estimates they’ve shipped hundreds of thousands of pounds of lentils. March online orders totaled more than all of 2019. “It’s a big challenge, and to some degree it’s surprising,” Oien said. “About 25 percent of our customers are restaurant or food service.”

He’s not alone. According to a March 23rd article in the New York Times, the American Pulse Association reported a recent 40% increase in sales.

While Oien is not exactly sure what caused the rise in demand for his lentils, or if it will last, he wonders if the pandemic will transform the way Americans eat. “Is it going to change the food system in a bigger sense? Is it going to change people’s buying habits?” he said.

He hopes the humble lentil will play a part, especially during these changing times, when people are cooking more at home, both out of necessity and interest. “It’s a plant-based protein, kind of versatile ingredient,” he said. “Lentils also have a number of micronutrients that are good for building the immune system.”

Like rice or beans, lentils are also shelf-stable and affordable, making them a good option for families facing economic uncertainty.

Oien takes his responsibility to help feed Americans seriously. It’s why they’ve implemented more safety measures to keep facility employees safe and healthy. “Even though we're a really small business, people really want and need what we do here,” Oien said. “We're just happy to be in a position to fill the need of what the country needs right now."

Timeless Seeds is also part of a new initiative between the Montana Organic Association and the Alternative Energy Resource Organization. It’s called the Montana Food Providers Project, and its goal is to bring home-grown food to the Montana Food Bank Network for distribution across the state.

If you’d like to use recipes using lentils, here is a resource from the American Pulse Association.