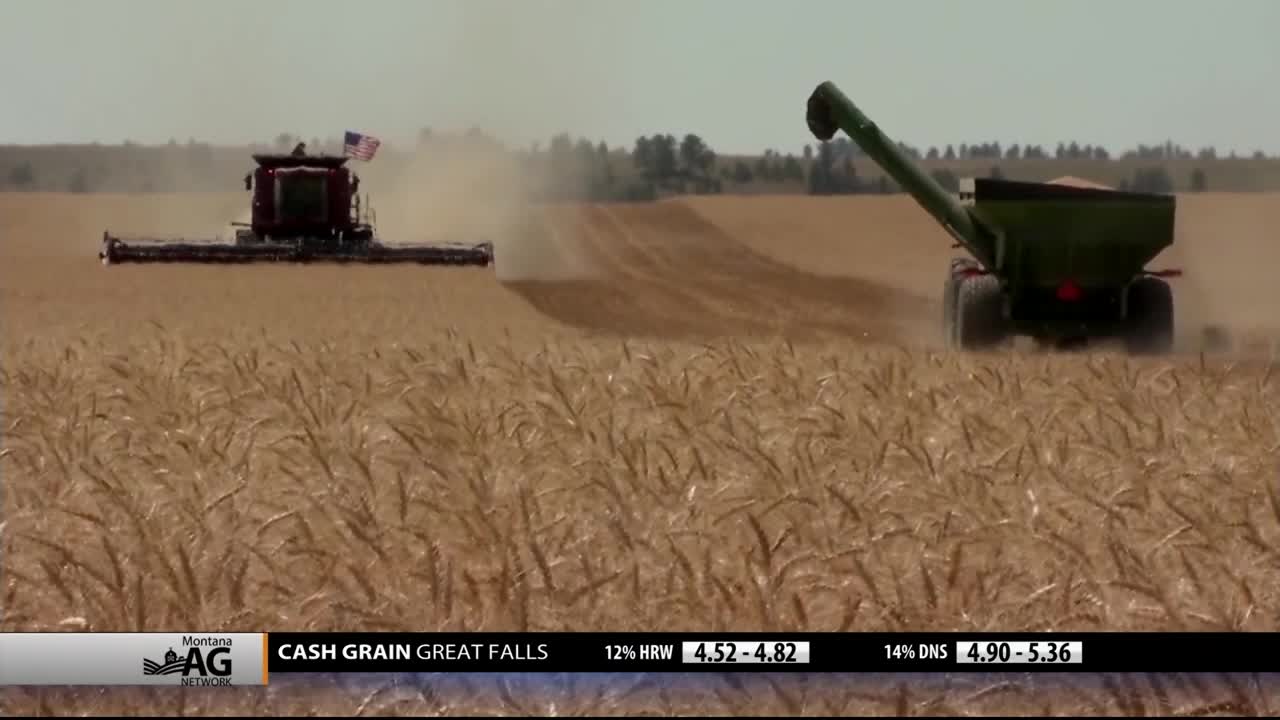 Thousands of corn, soybean and wheat growers from across the nation including our region were in San Antonio, Texas this past week for the 2020 Commodity Classic.

Montana was well represented as usual with a strong delegation of wheat growers from across the state including the Montana Grain Growers Association’s officer team who were working on important policy issues for Montana’s wheat industry.

Vince also told MTN as you might expect, there was also a lot of talk at this year’s Commodity Classic about all the recent success on the trade front including the new trade agreements with Japan, Canada, China and Mexico which are all beneficial to U.S. wheat growers.

It’s calving time across the region and for ranchers like Scott English from Mesa, Washington, seeing a set of twin calves isn’t an uncommon occurrence during calving season.

But, he certainly was in for a surprise a few days ago when one of his 7-year old Angus-cross cows gave birth to quadruplets.

Scott says the calves which were sired by a Sim-Angus bull are doing well.

The three heifer calves are being bottle fed, and the bull calf remains with the cow.

He says twins is pretty typical in their 1,500 head cow herd often having 25 sets.

What an incredible story and I guess that’s one way to quadruple your money in the ranching business.

The Farm Service Agency has announced updates to the Emergency Assistance for Livestock, Honeybees and Farm-Raised Fish Program.

These updates include changes required by the 2018 Farm Bill as well as discretionary changes intended to improve the administration of the program and clarify existing program requirements.

ELAP was previously administered based on FSA's fiscal year but will now run according to the calendar year.

If you’re a honey producer have questions about the changes, please contact your local FSA office.