MHP “overwhelmed” by support for trooper shot near Missoula

MISSOULA – An outpouring of community support is growing for the Montana Highway Patrol trooper who was shot and critically wounded on Friday morning in Evaro.

“We have been completely overwhelmed at the massive outpouring of love and kindness extended not just to the Palmers but to the entire MHP extended family,” the Patrol stated in a Saturday social media post.

“It’s hard to articulate our gratitude adequately in words and a simple “thank you” hardly seems like enough. But, even so, thank you. All of your comments, messages and phone calls have reaffirmed to us that, generally, people are overwhelmingly good and eager to help in difficult times. 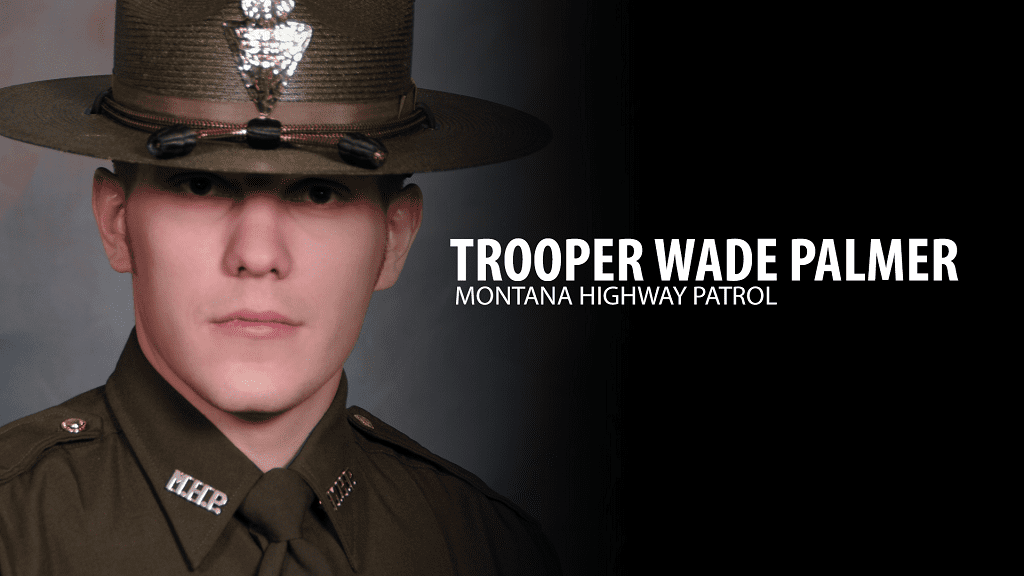 MHP is also thanking the law enforcement community in Salt Lake City — where Palmer was transferred for further treatment noting that “there has been someone outside his room around the clock including his surgery room.”

A motorcade with hundreds of law enforcement officers from all different agencies accompanied Trooper Palmer’s ambulance as he was taken from St. Patrick Hospital to the Missoula International Airport to be flown to a Salt Lake City hospital for treatment for his gunshot wounds.

There was a long procession down Broadway to the airport, and law enforcement then stood at attention as Trooper Palmer’s stretcher was placed in the plane, demonstrating the support shown to both the trooper and his family in this brother and sisterhood of law enforcement.

Palmer, who is a resident of Stevensville, is also receiving words of encouragement from the community.

The strength of our community has again been challenged by tragedy and sadness today,” Mayor Brandon Dewey said in a statement.

“A resident of Stevensville, Montana Highway Patrol Trooper Wade Palmer represents the best of our Town and the State of Montana with his bravery and courage in his law enforcement career, especially in this morning’s Missoula incident,” he continued.

“We embolden the Stevensville Community to keep these people in your caring thoughts during this period of healing and recovery,” Dewey concluded.

The mayor also says that the Stevensville Police Department is offering help and resources to the Montana Highway Patrol.

A GoFundMe page has been established for Palmer and his family. You can click here to donate.

As of midday on Saturday, the account had already received over $80,000 in donations.