A new study released by the Greater Montana Foundation (GMF) shows Montanans are following the news more closely and are more selective in the sources they consume and trust.

Conducted by the University of Montana’s Bureau of Business and Economic Research (BBER), the study analyzed the news engagement habits of Montanans in 2019 compared to 2015 and 2016 data.

According to the 2019 News Media Preferences and Issues Survey, Montanans are now more likely to get their news digitally than anywhere else.

77% of adults ages 18 to 34 use online news sources at least several times a week.

People living in the state also tend to find their local news sources — such as newspapers, radio and local broadcast television — more credible than national outlets.

“Local media is seen as the most trustworthy among a few others, “said Dr. Bill Whitsitt, survey project leader and former GMF chair. ”We also see the trust in national media has decreased and continues to bump around at very low levels.”

Whitsitt said it is important that local media continue to retain the trust of their audiences.

“What I’d say as a former broadcaster is stay real, stay local and understand that’s important to Montanans,” noted Whitsitt.

Data also indicates that both where a person lives in the state and their political affiliation play a large role in the news sources they trust.

“News sources have proliferated greatly, and people are being more selective now in their news consumption  and may be consuming each individual source more intermittently than they did before,” said John Baldridge, director of Survey Research for BBER.

The study also shows people are more likely to share news stories with the hopes of educating others.

The report was conducted  from February to March of 2019. 579 people completed the survey.

The full study can be found below. 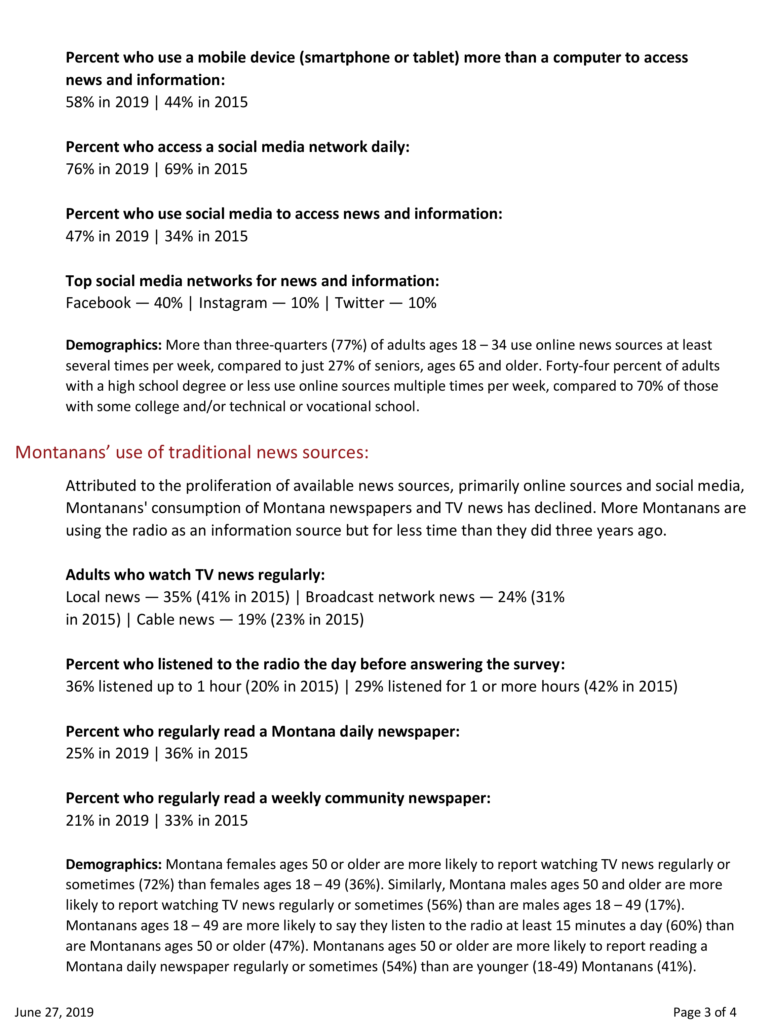