"406 Back The Blue" campaign takes off 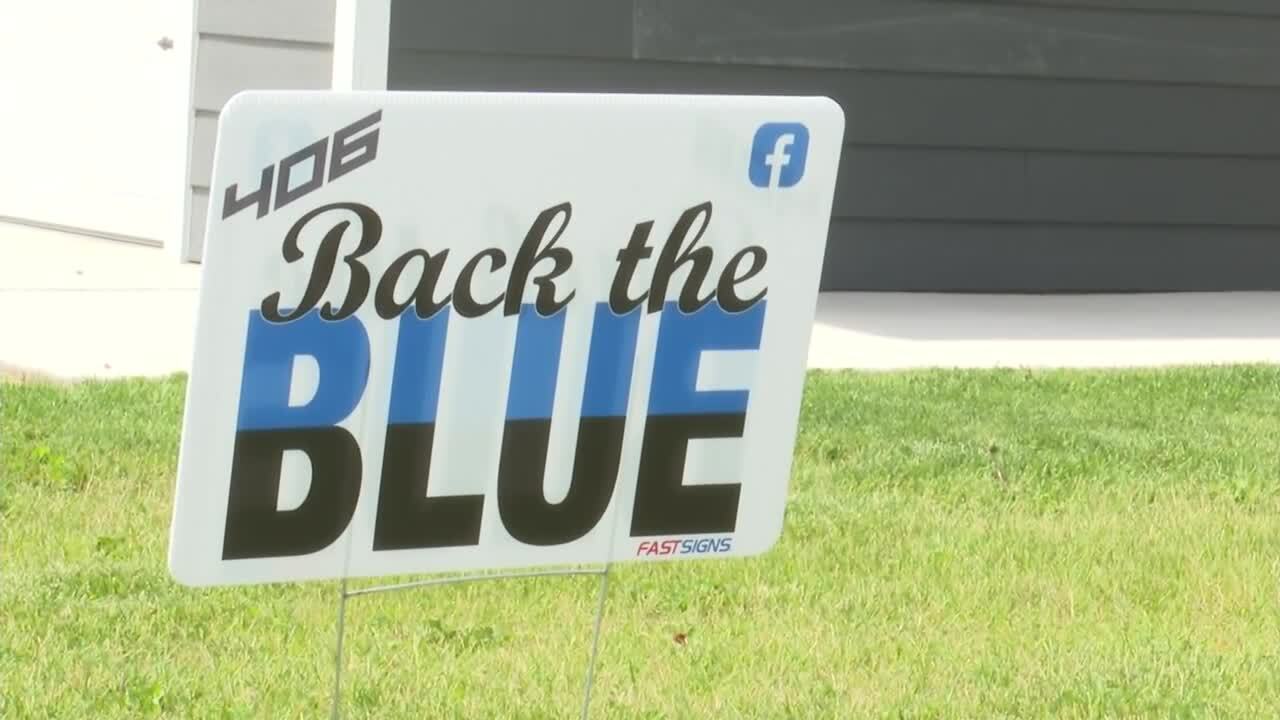 MTN NEWS
"406 Back The Blue" campaign takes off 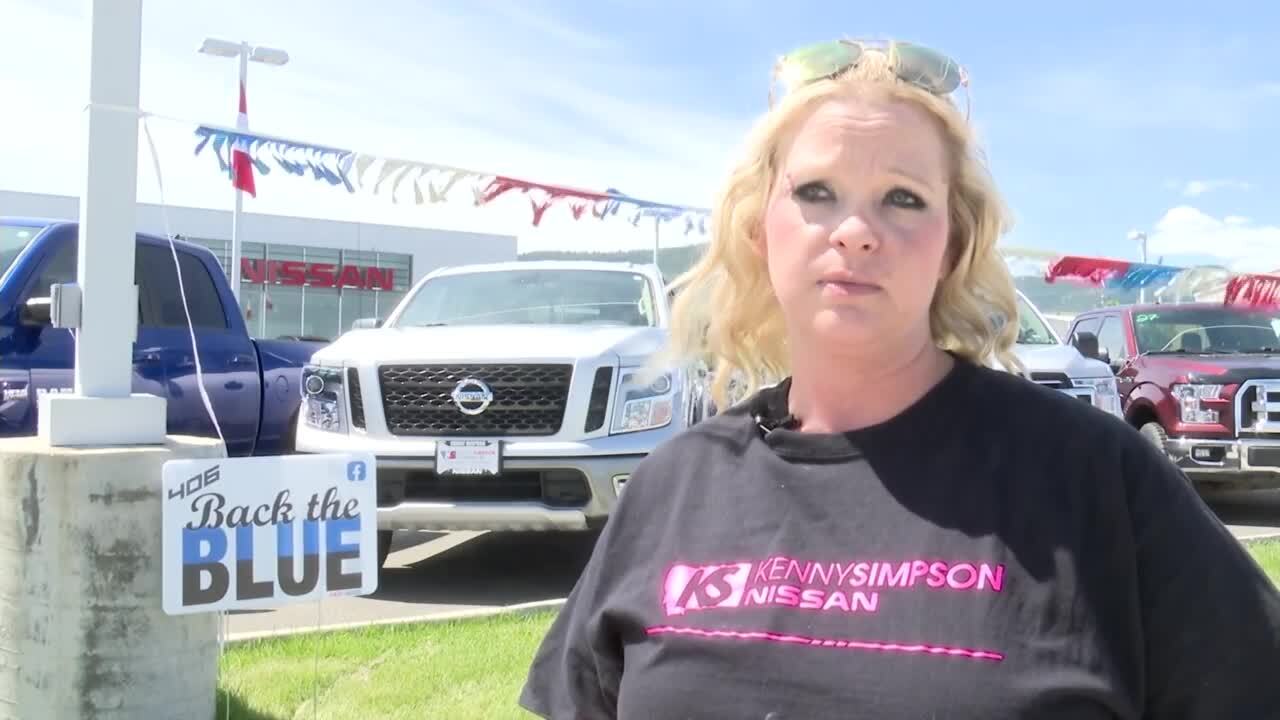 HELENA — Signs are are popping up across Helena in front of homes and businesses representing the "406 Back The Blue" campaign.

The founder of the campaign wanted her face hidden. She told MTN she has been threatened since forming the group.

She said she started this campaign after the Helena City Commission voted to hold off on spending almost $300,000 from the Helena Police Department budget until after a city review of police operations.

Her Facebook group gained more than 3,100 members within one week of its creation. The page states:

Signs were made in support of law enforcement. “When a law enforcement officer, whomever they may be, they are driving around they are seeing these signs, and it's just a visual 'thank you,'" says Samara.

Kenny Simpson Nissan in Helena is also supporting the 406 Back The Blue campaign; marketing director Dani McDonald said that law enforcement officers should be appreciated.

“Because they protect and save our lives,” said McDonald. "Everything that we have to do and need their help, they are here. Regardless of what's going on right now and people not wanting to support law enforcement, we are all about taking care of them and helping them, and also we just want to let them know that we appreciate everything that they do."

The Nissan dealership will continue their support of the 406 Back The Blue campaign. On July 11th, 2020, Nissan is hosting a Heroes BBQ and inviting all law enforcement, fire, rescue, and military personnel for a free lunch from 11:00 a.m. to 2:00 p.m.

NOTE: Many people have left messages on our Facebook page saying that they would like one of the "Back The Blue" signs. We recommend that you join or contact the Facebook group to find out how you can buy one.