A deer struck by an arrow is running around Billings

"The best course is to give this animal some room and let it take care of the problem itself." 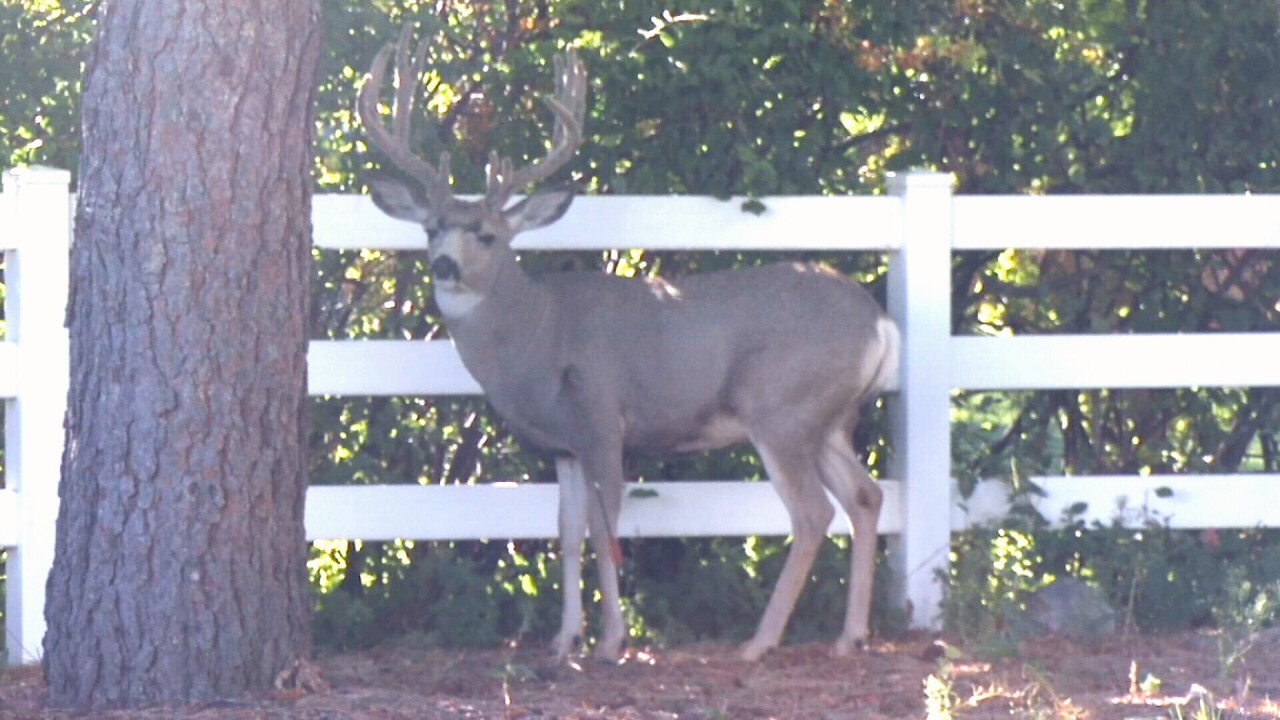 A deer struck by an arrow is running around Billings 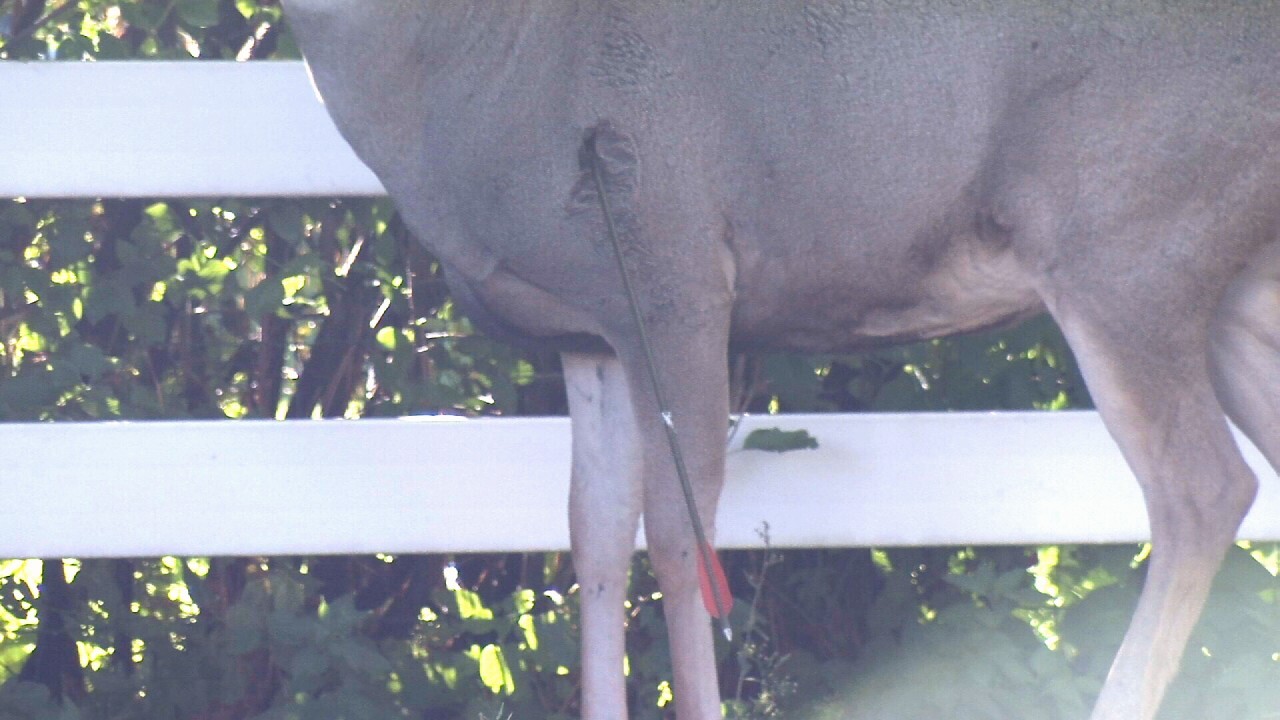 BILLINGS — An injured deer has been roaming around Billings since Friday.

Montana Fish Wildlife and Parks officials are warning not to try to help any injured animal, including the deer, which was seen in a neighborhood near Colton Boulevard west of 24th Street West on Wednesday.

"It's a little stressed if it's got something going on health-wise anyway, so give it some room. Let it out of the yard," said Bob Gibson, FWP communications manager. "We certainly don't want people trying to catch the deer and pulling the arrow out, or anything like that. That's a recipe for getting hurt."

Gibson said it's best to call FWP if you see this deer, which has been looked at by a game warden.

"It has an arrow stuck in the flesh on one shoulder," Gibson said. "It doesn't appear to be embedded in the bone or anything like that. The arrow is flopping around a little bit. It's likely that that arrow will either come out or be no problem for the deer."

This deer probably was probably shot illegally in the Billings city limits and not by a game-seeking hunter, who likely would've tracked the injured animal.

"It's a pretty unique deer," Gibson said. "It's a pretty nice buck and people have seen it in and around the neighborhoods underneath the Rims for quite a while."

And it's best to call FWP if there are concerns with an injured or dead animal.

"People can certainly give us a call, and we'll try to figure it out." Gibson said. "Every case is a little bit different. If an antelope dies in someone's front yard, we may or may not pick it up, We may give them permission to pick it up and dispose of it."

FWP would like to hear from anyone with information on who shot this deer, when and where it was shot, and the type of arrow.

"It currently, after five days of carrying the arrow around, is jumping over fences, running through yards, and acting like deer," Gibson said. "The best course is to give this animal some room and let it take care of the problem itself."