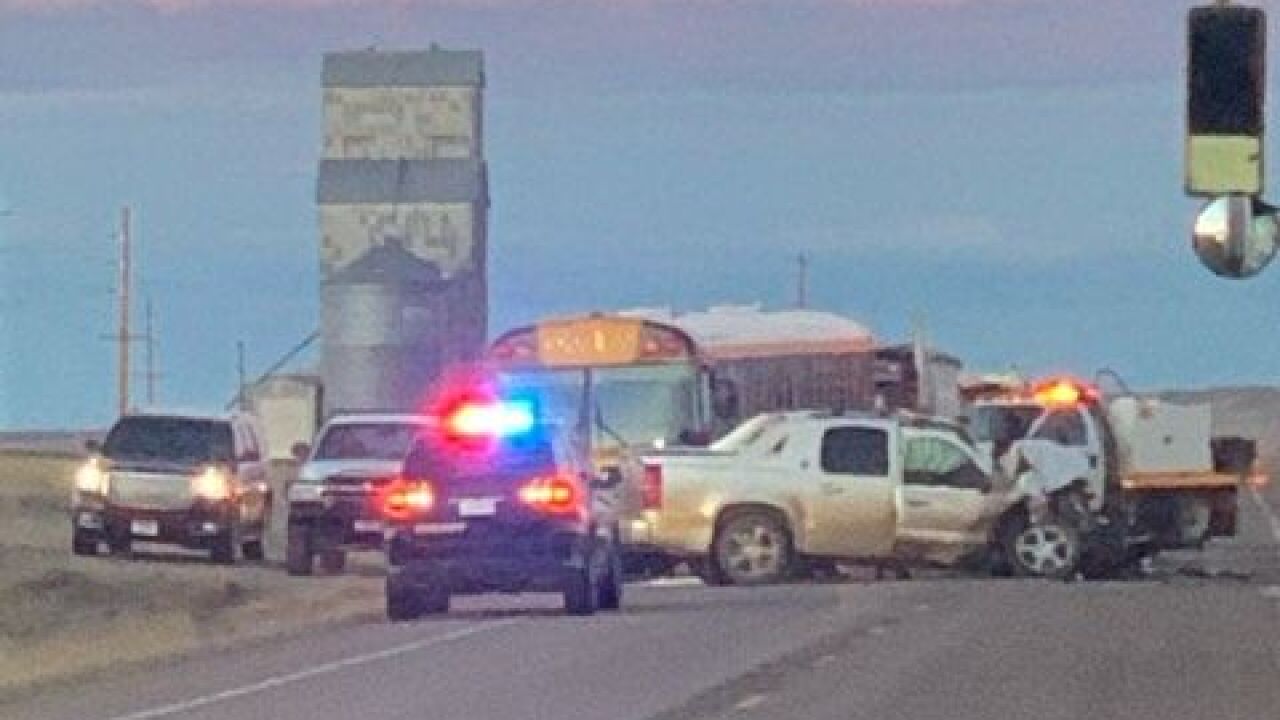 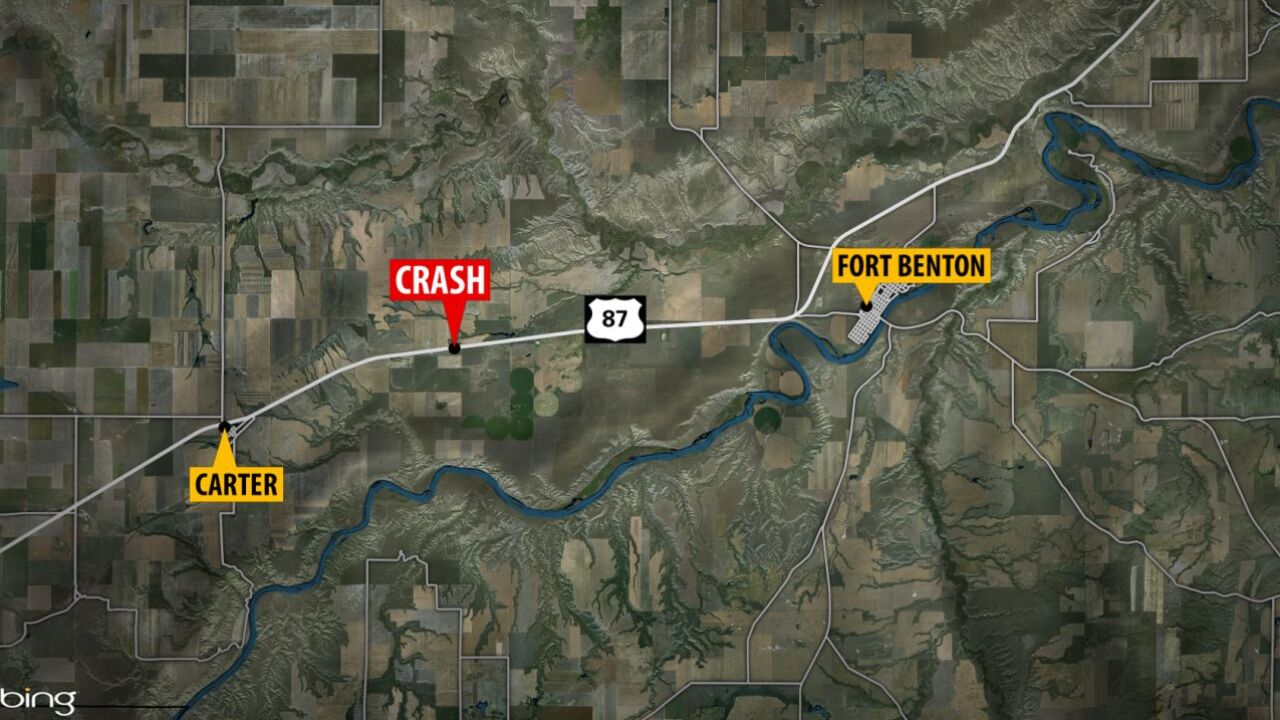 GREAT FALLS — A crash is blocking traffic along US Highway 87 west of Fort Benton.

The Montana Department of Transportation reports that the crash is between mile marker 32 and 22, about six miles west of Fort Benton.

According to the Montana Highway Patrol, the crash was reported at about 7:41 a.m. on Thursday.

Drivers can expect delays if they are traveling along US Highway 87 near that area.

There is no word at this point on whether there have been any serious injuries.

(UPDATE, 8:43 am) Lanes have been re-opened, and traffic is being directed through the area by flaggers.

We have been told by several people that the school bus in the photo was not directly involved in the crash.

(UPDATE, 10:41 am) Elly Wirth posted on the KRTV Facebook page: "The bus was stopped to allow kids to get on. A vehicle in the on coming lane stopped, but the vehicle following him did not. This caused the vehicle to rear ended the stopped vehicle and spin off to stop feet in front of the bus. All the kids were ok."