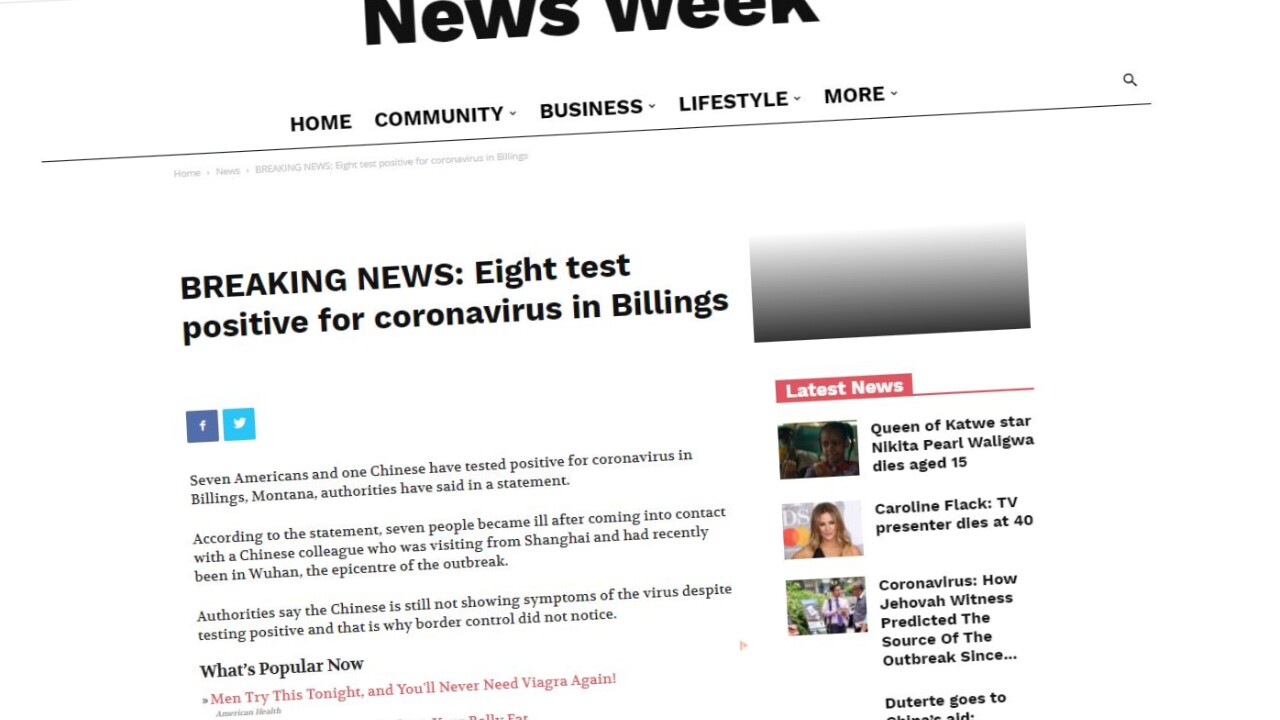 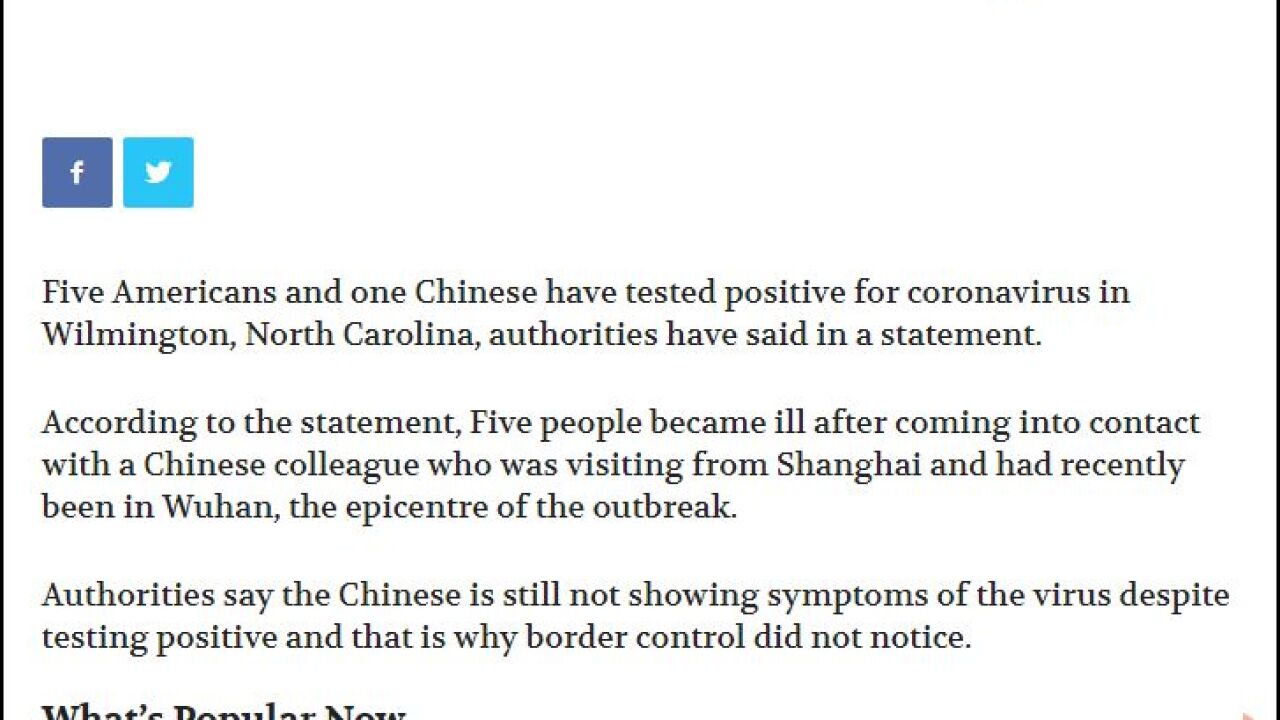 GREAT FALLS — KRTV received the following message on Sunday afternoon: "Is there any way KRTV could analyze this news article and determine if it's factual at all? This post is going around recently, and I can't find any other news article to back it up. "

The message included a link to an online article with the headline "BREAKING NEWS: Eight test positive for coronavirus in Billings," which states:

The article is posted on a website titled NEWS WEEK at "cbtvn.com." The article does not identify which "authorities" released the statement, and provides no sources in its assertion. Our MTN News station in Billings has not received any information from any authorities about any occurrences of coronavirus - not from municipal or county leaders, not from any health agency or organization, and not from any reputable source.

A quick online search reveals that "cbtvn.com" often publishes fake, inaccurate, and/or misleading information, and provides no evidence or sources for its allegations. It also does not provide information about itself, its "reporters," or any other identifying information. Websites such as "cbtvn" exist solely to generate ad revenue by scaring people into clicking on their articles - usually by posting incendiary or scary headlines which are either not supported by the article, or simply are made up completely.

For example, two days ago, cbtvn published a remarkably similar report claimng that "Five Americans and one Chinese have tested positive for coronavirus in Wilmington, North Carolina, authorities have said in a statement." That article also claims that the "...people became ill after coming into contact with a Chinese colleague who was visiting from Shanghai and had recently been in Wuhan, the epicentre of the outbreak," and as with the bogus Billings story, says that "...authorities say the Chinese is still not showing symptoms of the virus despite testing positive and that is why border control did not notice."

As of today, there are no confirmed or suspected cases of coronavirus anywhere in Montana. There was one suspected case several days ago in Bozeman, but testing by the federal Centers for Disease Control & Prevention (CDC) quickly determined that the person was not infected with coronavirus. That person was placed in isolation at Bozeman Health Deaconess Hospital until testing was complete and confirmed that coronavirus was not present.

On Friday, February 14, the CDC reported that there have been a total of 15 people in the U.S. who have tested positive for the virus, and no deaths associated with them; 347 people have tested negative; and there are still 81 pending tests. Click here to read more at the CDC website.