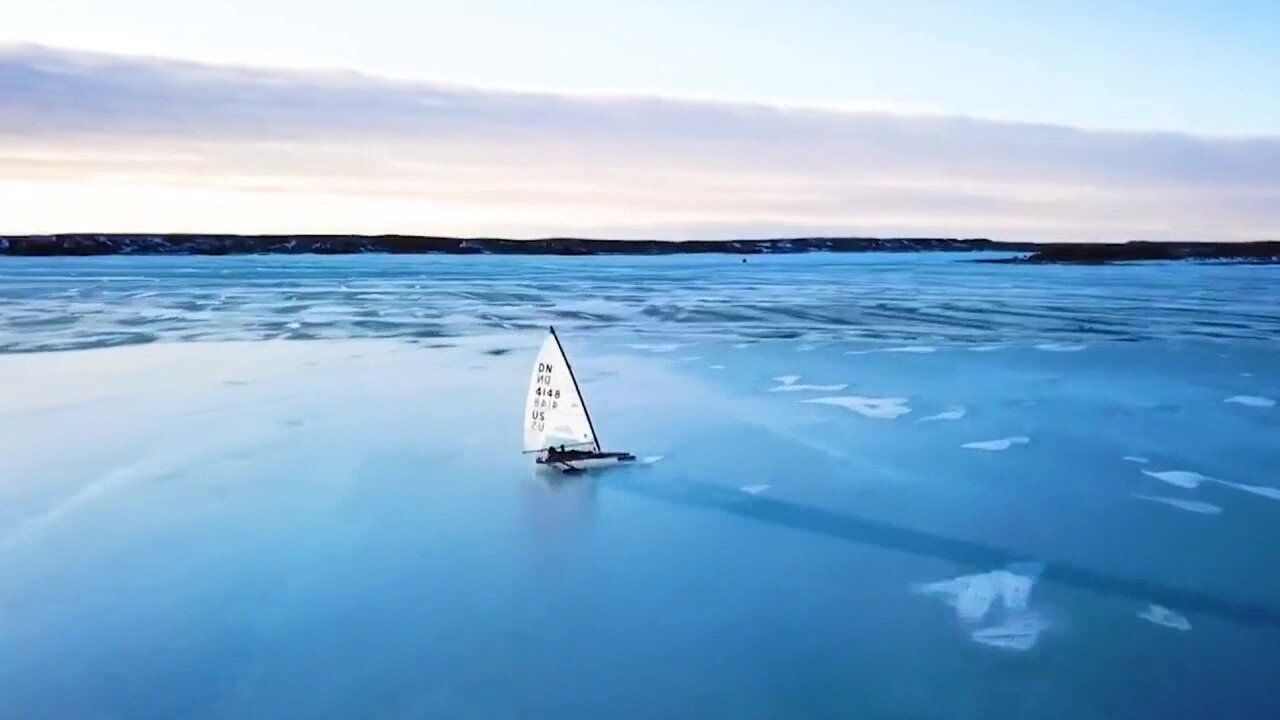 GREAT FALLS — Fort Peck Lake welcomed dozens of competitors of all ages from around the world last week.

Ice boat enthusiasts from Florida, Ohio, and even Germany and Poland arrived Wednesday for a friendly competition.

Officials chose to host the qualifier on Fort Peck Lake due to the lake's miles of ice and high wind potential.

The ice boats are wind-powered and need snow-free ice to sail. Competitors glided through the two mile course at up to 70 miles per hour.

Professional photographer Sean Heavey, who lives in the area, says this was his first year filming the fast-paced event, which he described as a once in a lifetime opportunity.

"They go where the ice is smooth, so they're looking for that perfect ice with the wind conditions,” he said. “Montana was able to deliver what they needed, it was fun to watch.”

Racers took to the timed course in order to qualify for worlds in Hungary next month.

After the competition, Heavey was invited to take photos and video of next week's event in Europe - but has to fund the trip on his own. On such short notice, Heavey decided to create a GoFundMe account to see if people would be willing to help him get there. Heavey wrote: