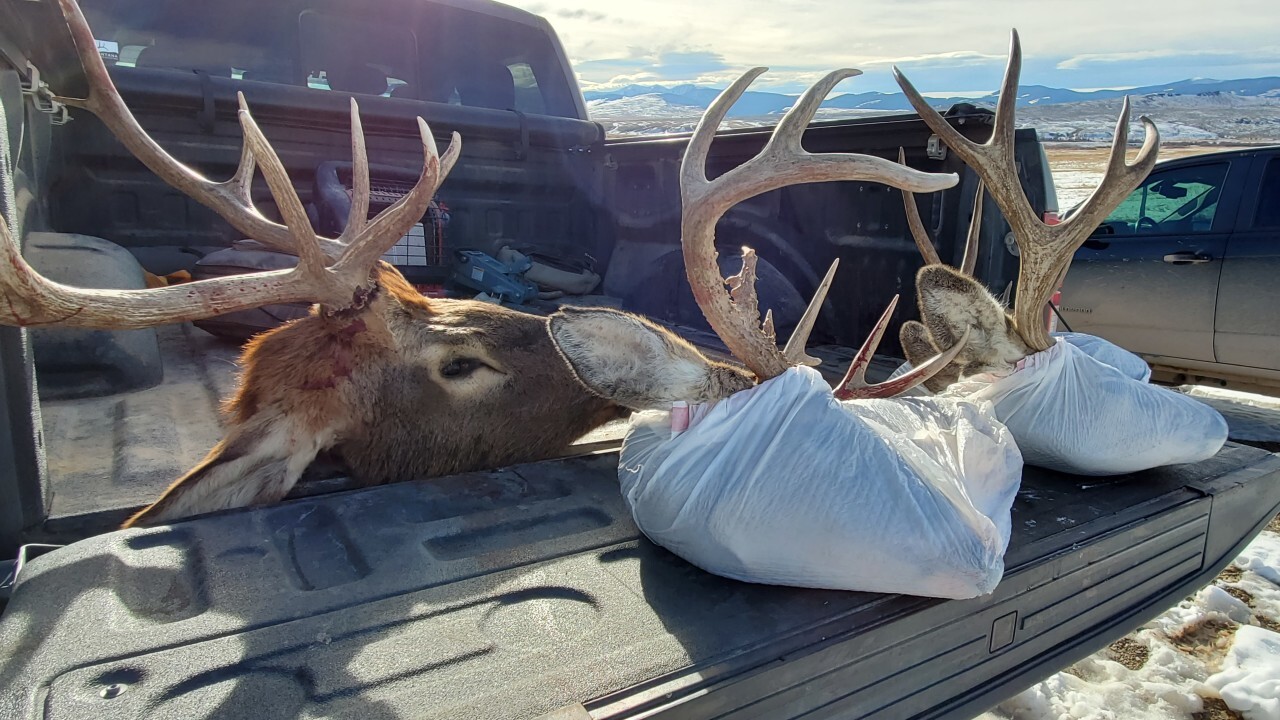 WHITE SULPHUR SPRINGS — An incident occurred on October 25th involving about 100 hunters shooting at a herd of elk in Meagher County. According to Montana Fish, Wildlife & Parks, several citations were issued, but many people are more upset about the incident itself rather than the legal aspect.

The Montana hunting community is not only shocked, but angry to learn fellow hunters surrounded a herd of elk, shooting consistently, killing 50 of them.

FWP says the incident occurred near White Sulphur Springs in a block management area - and FWP says it was was legal, but perhaps not ethical.

FWP spokesperson Greg Lemon said, "This is really one of those places where the line between doing what's legal and doing what's ethical, is really troubling. It's one of the main commandments of 'Hunter Ed' is to know your target, and what's beyond, before you fire. When you're shooting at a herd of elk, that's, that's hardly ever possible. The other -- one of the other commandments of 'Hunter Ed' is to take good ethical shots. A lot of times when you have herds of elk running back and forth, hunters are going to be shooting -- have to be shooting at moving animals -- which isn't, frequently is not a high percentage shot and results in wounding. So while it might be legal, it's truly not ethical."

He added, “Unethical actions by hunters, in a circumstance like this, gives hunting as an activity a real black eye.”

Lemon told MTN that the online rumors that surfaced shortly after, claiming that 30 to 40 elk went to waste, were not true. Lemon said only one elk went unclaimed, and two were confiscated due to hunting violations. All three of those elk went to a food bank. Lemon also noted the majority of the response that he's seen to the event was similar to FWP observation of the situation.

Other hunters vented their frustration after learning about the incident.

“There's a lot of people that don't like hunting in general and what does this say for the people that enjoy this? It's giving us a bad name and it's giving ammunition for those people that want to restrict hunting rights," says David Sterner, a 30-year hunter.

Among those frustrated is Bill Galt. His brother owns the land where the incident took place. Bill says he and his brother are disgusted by the incident.

“Truthfully, you really want to just vomit, when you hear it,” says Galt, owner of Galt Ranch. “I mean, it makes you sick to your stomach and I think the community, in general, is that way. It's just like somebody punched you in the belly when you see that happening or hear about that happening."

Out of the 50 elk that were killed, one was found unclaimed, and two were confiscated for violations. The three elk were donated to a food bank.

After the incident, the Galt brothers are in talks about possibly reviewing whether they should keep their block management areas.

"The easiest solution is for the is for the community of hunters to promote, and really reinforce ethical hunting, that's the straightest line," said Lemon. "Men and women and kids that are out in the field in blaze orange this time of year would look at a circumstance like this, or hear of a circumstance like this, and see the ethical problems that everybody, everybody else sees. This isn't -- this circumstance and this story isn't representative of the hunting culture in Montana, I don't believe."

Six hunters were cited for violations during the incident. The violations ranged from shooting from the road, failure to properly validate a license, and using a license from another district. The violations that FWP gave out are misdemeanors that carry penalties of a fine no more than $1,000, and if convicted, hunters can lose their license for up to two years.