Investigation continues into the death of Hardin teen Selena Not Afraid 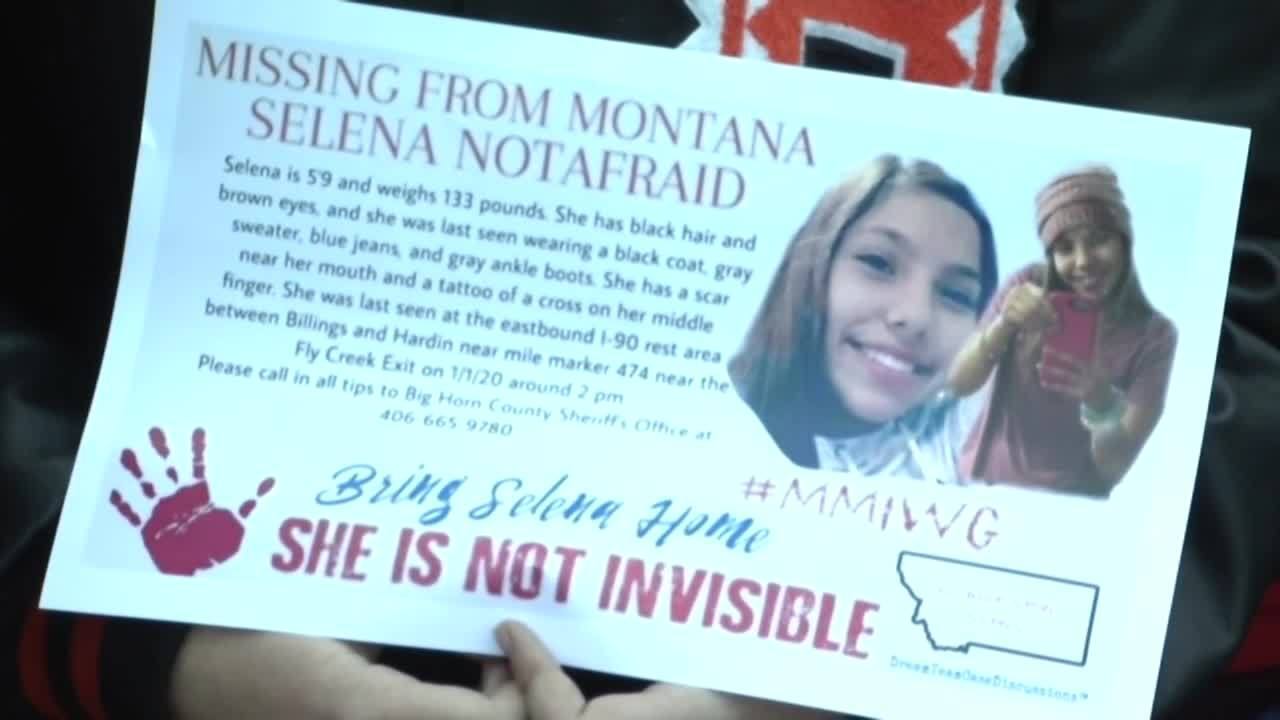 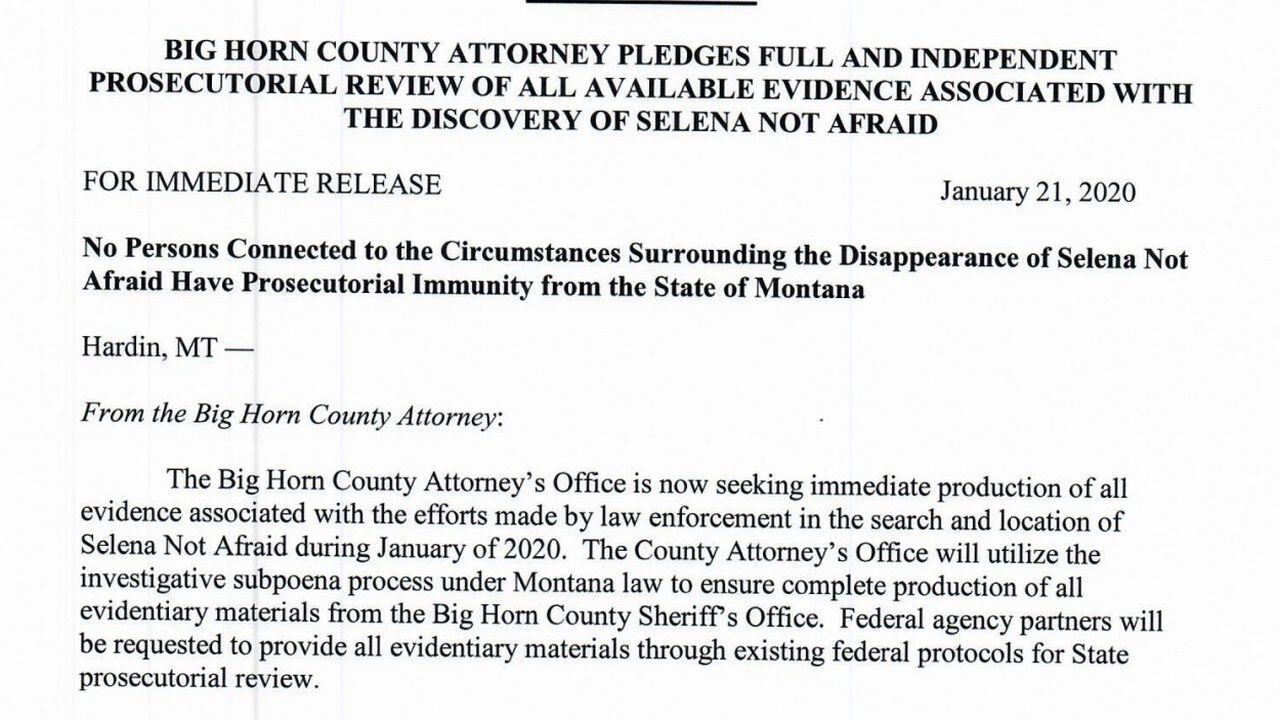 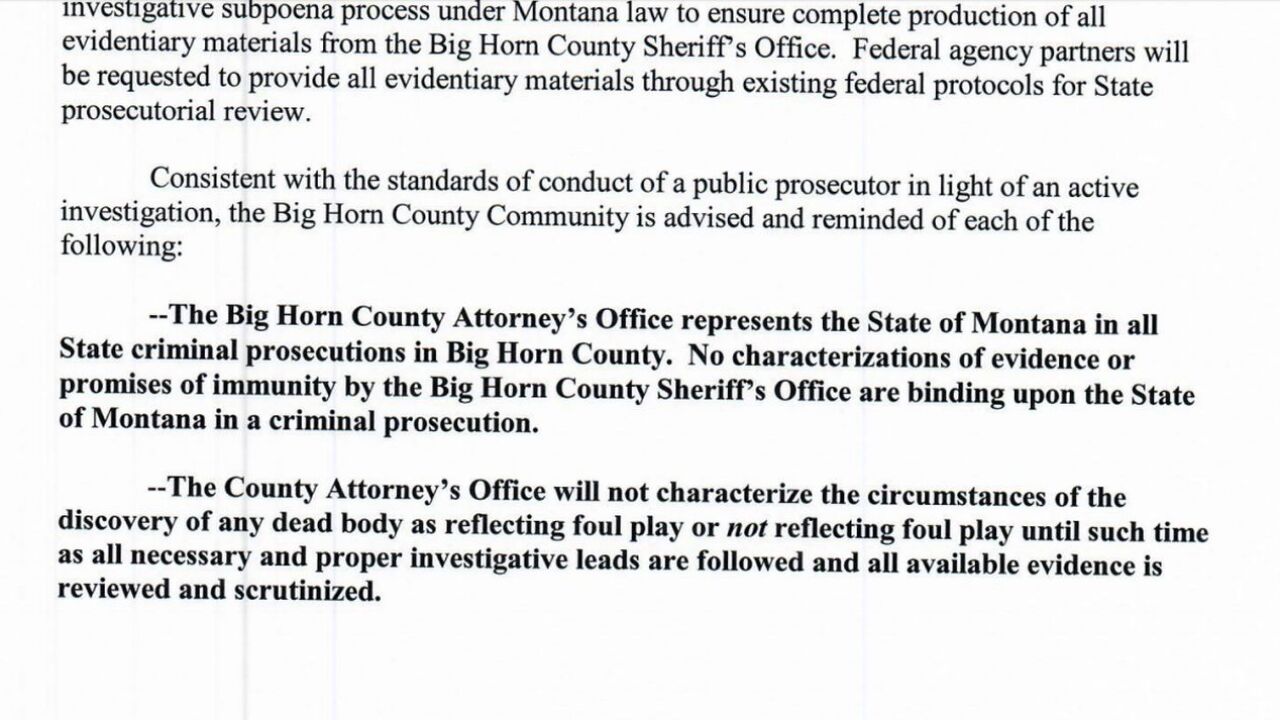 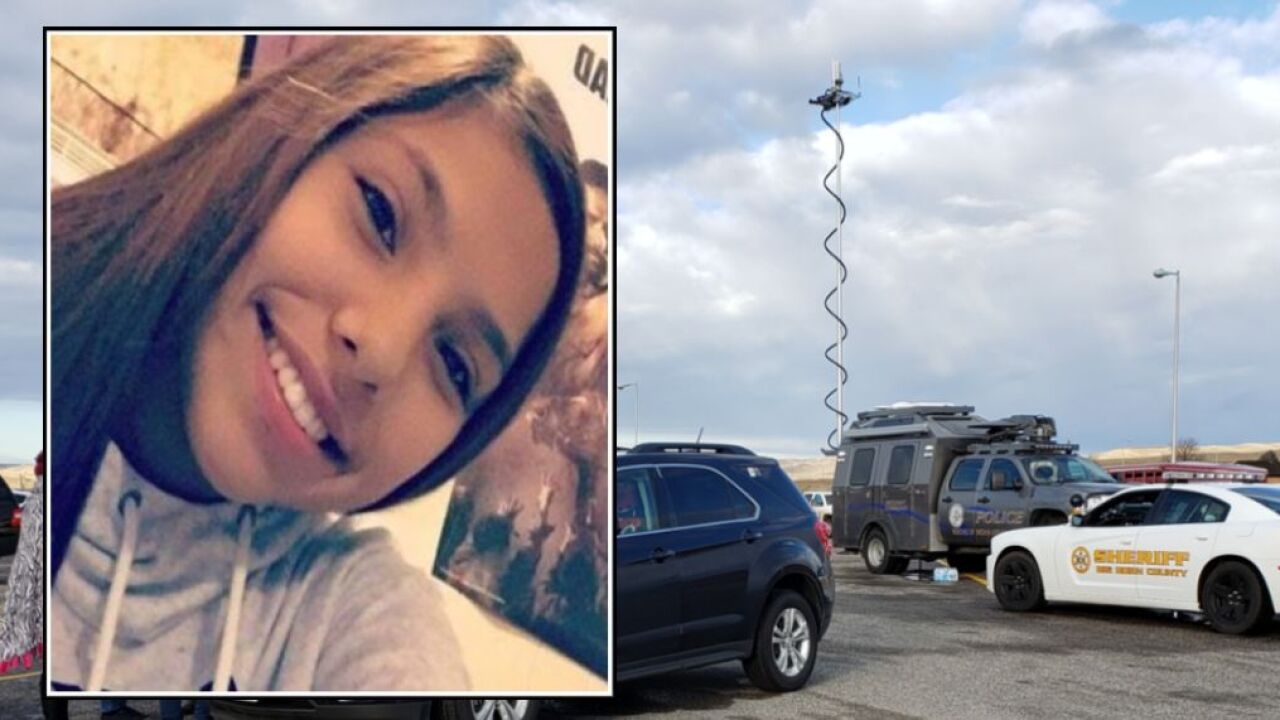 Big Horn County Attorney Jay Harris is demanding all evidence from the Sheriff's Office related to the search for and discovery of the body of Selena Not Afraid to determine whether criminal charges should be filed for her death.

Not Afraid was reported missing on January 1st after her vehicle broke down at the rest stop while she was returning home from a party in Billings. She was in a vehicle with a group of friends who last saw her wandering into a field. Initial reports indicated that she was intoxicated at the time. Investigators have stated they received "conflicting statements" about Not Afraid's whereabouts from other occupants in the car, who were all intoxicated.

Harris said in a Tuesday news release that his office has not made a ruling on whether her death was "foul play." Big Horn County Sheriff Lawrence Big Hair had said her death was not foul play after her body was found Monday about a mile away from an I-90 rest stop following a three-week search.

On Tuesday, Big Horn County Undersheriff Eric Winburn said there did not appear to be any evidence that her body was moved before she was found by federal trackers less than a mile from the I-90 rest area that had been the focus of the three-week search. There were no foot prints or tracks in the area near her body, he said, and there was also no obvious injuries on her body. An autopsy is scheduled for Wednesday in Billings.

Big Hair said searchers had likely searched the area where her body was found, including by helicopter, but did not spot her.

“Myself, I went walking there into the night. And I was within 200 yards of her body probably about a week ago. I just took a wrong turn and didn't walk up to where she was at. But I was that close to her body that evening. It's just a big country out here to search," Big Hair told MTN News.

Harris said in his news release that Not Afraid's death remains a criminal investigation, and added that no promises of immunity or characterizations of evidence by the Sheriff's office are binding. Click here to read the full text of the news release (PDF).

"The public should rest assured that any provable State criminal activities surrounding the circumstances of the disappearance of Selena Not Afraid will be brought to accountability in a timely fashion," Harris wrote, adding that he's advised the Sheriff's Office to make no more public comments on the case.

The Hardin schools community is trying to heal.

"We are here to support everybody is going to grieve in a different way. And we want to support whatever that happens to be," said Chad Johnson, superintendent of Hardin School District. Johnson said they are using counselors from other schools, help from Indian Health Service, the Crow Tribe and even therapy dogs from as far out as Bozeman.

"Some of the students wanted to go one-on-one, which happens a lot. It depends if they want to converse about their feelings. Some of them are so traumatized they will talk to the dog," Hope Animal-Assisted Crisis Response Team Leader Harry Shlitz said. "There's not negative feedback. They didn't miss a sentence So it's very powerful so you just let the dog work their magic."

Johnson says the district is going to make creating an awareness a main focus.

"You hear people say that can't happen here, or it can't happen to us. And it does happen and it's becoming a greater problem throughout the nation and throughout Montana. No one is immune," Johnson said. "Awareness is what we are going to focus on and what we need to do is to try and make sure the students that we have are going to be equipped with the tools and the mechanisms on keeping themselves safe."

Johnson says there's support today, this week and as long as the students and staff need it.

More than 50 people gathered above the Billings city lights at Swords Park Tuesday at 7:30 p.m. to light a candle and honor Selena Not Afraid.

The body of the 16-year-old Hardin girl was found Monday about a mile and a half away from the I-90 rest area where she originally disappeared on New Years Day.

“She deserved a chance to live. She didn’t deserve this. She had a mother, father, brother. She was somebody’s niece, granddaughter, best friend, friend. It’s just horrible," said Kimberly Kelch of Billings.

Kelch, along with her friend Taylor Rydberg, organized the vigil. Kelch's significant other was a family member of Not Afraid's.

"I may not have known her very well, but I know a lot of people who were close to her. I know that loss is hard and I can’t even imagine something like this,” Rydberg said.

Both of the women had red hands painted across their mouths. The red hand is a symbol for the Missing and Murdered Indigenous Women's movement, a grassroots effort to make sure missing native women aren't ignored.

"Look at this community come together in the loss of Selena Not Afraid. This is a very devastating tragedy. Us Native men, women, and children go unnoticed, forgotten, not even looked at, talked about, put down. We’re human just like everybody else. And we deserve a voice," Kelch said.

A few in the crowd said prayers acknowledging the power of community when it all stands together as one.

Other signs had messages written on them, demanding justice for her death.

Kelch and Taylor still have questions surrounding the investigation into Not Afraid's death.

“I mean, there’s no way that she went missing that close to where she was found. And she was found 20 days later when there were so many people looking for her, family friends day and night,” Rydberg said.

"They didn't give up," Kelch added. "And how she just appeared is just..."

Kelch expressed her thanks to all the volunteers, and people who donated to the Go Fund Me page.

“We could just use a lot of extra prayers for Jackie (Big Hair, Not Afraid's mother) and the family and extended family, the Not Afraids, everybody," Kelch said.