Jessy Davis continues recovery after being severely injured during rodeo 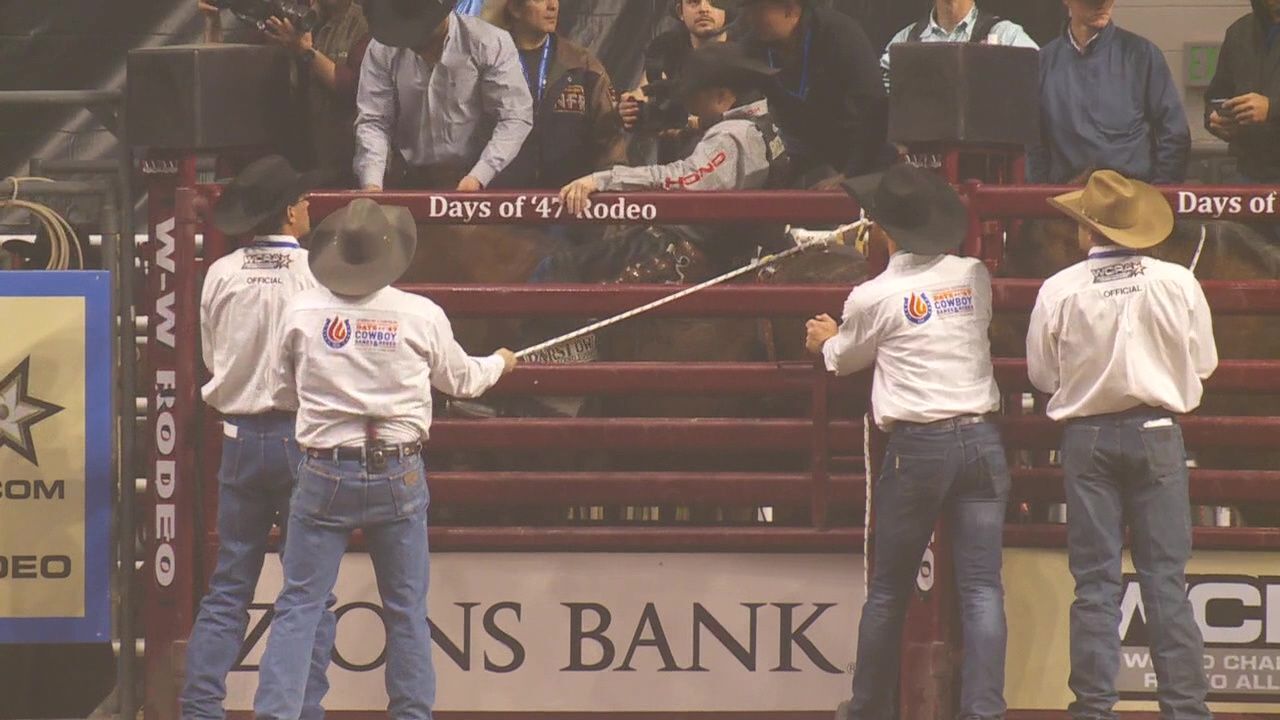 “I just kept thinking, there is no way. He’ll get up. He’ll walk out of it,” said Cassidy Davis, Jessy’s wife. “He’s done it his whole life, it’s his regular routine. Eight seconds at a time.”

Cassidy and the couple’s twin daughters watched the accident from the front row of the arena. Jessy, who has enjoyed a successful career, was planning to retire after this final ride. “It’s in his blood. That’s why he was having such a hard time retiring,” Cassidy said. “We just said our prayers.”

Jessy lost large amounts of blood and his liver was crushed. “That horse, 1500 pound horse coming down on you when you’re cockeyed like that, you know it was kind of bad,” said Kaycee Feild, one of Jessy’s longtime friends.

Jessy is out of his coma, and is doing well! It truly is a miracle that he survived from his injuries, the doctors are astounded! Like my sister said, he is one TOUGH cowboy! But we all knew that.

A huge THANK YOU is in order to the First Bank of Montana in Fairfield, Montana. They have been putting up with my texts and calls for the last few days in trying to get the donation account set up, answering any questions we have, making sure everything goes smoothly, and always checking to see how Jessy is doing. There is something to be said for small town businesses in the way they are willing to help and care about the people in their communities. Thank you to everyone who has offered to help our dad out on the ranch. He is definitely looking forward to Jessy’s recovery, to give Jess and Cass a big hug, and for his granddaughters to make more NOISE around the place.

With that being said, the donation account for Jessy’s medical expenses is READY, and there are a few different ways you can donate.

Donations can also be made by phone if you call the bank directly at 406-467-2531. You can also go to www.glacierbank.com to find a location to donate in person.

Everyone asks, “What can I do to help?” “What do they need?” Donate blood in honor of Jessy!

Again, Jessy and Cassidy would never expect anything than your continued prayer, positivity, and love. And they definitely FEEL IT. I think all of us do.

On behalf of Jessy and Cassidy’s entire family, THANK YOU to everyone who has called, texted, mailed cards...THANK YOU for EVERYTHING....