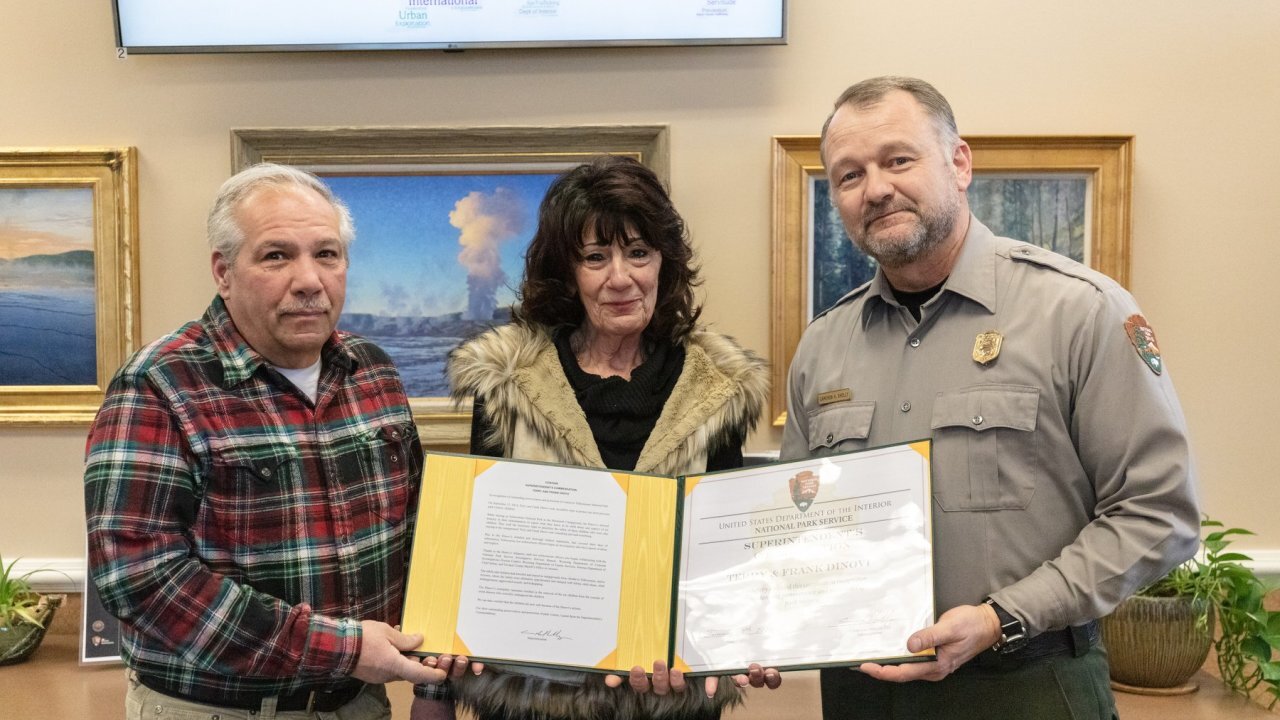 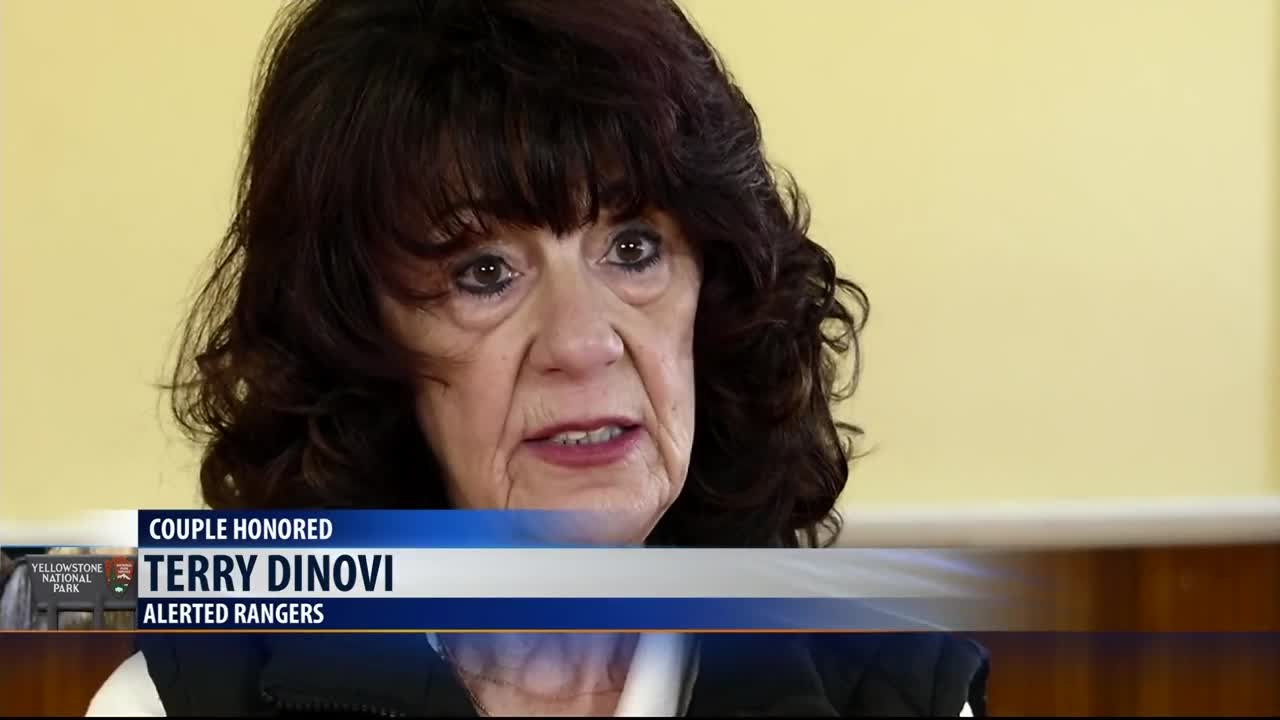 BOZEMAN — Yellowstone National Park is honoring a Livingston couple for alerting rangers to an apparent child abuse case in a park campground. The warning led to the arrest of two adults and the rescue of at least five children.

Terry and Frank Dinovi are being honored now, but the incident happened in the Mammoth Campground, back in late September.

“There was another campsite diagonal to us,” said Terry Dinovi.

She said there was already snow cover in the campground and temperatures were cold. She said, “When I was using the facilities, I would notice that there was a tent outside.”

Dinovi noticed a child, a boy, maybe five years old coming out of that small tent. “No sweater, no blanket, and you could see he was shivering. And I could see that, a look of fear on his face,” she said.

Over the next few days she noticed three children placed in the tent overnight, one at a time. None had proper clothing for the cold weather. But what really broke her heart was the third child she saw in the tent, a boy with spina bifida, who couldn’t walk. “And he would drag himself through the snow to do his chores,” said Dinovi.

That’s when she confronted the man overseeing the children. “I said to the man, 'You need to get a coat or a blanket for that child, now, or I’m going to go to law enforcement,'” Dinovi told MTN News.

Instead of helping the child, the man told Dinovi it was not too cold for the children. Then he went to the campground host and said that Dinovi was harassing him and the children. The intimidation didn’t work.

Once that happened, Dinovi went to park rangers to report what she had seen. She is a trauma nurse and has had training to help her spot child abuse and human trafficking. Thanks to that training, she was deeply concerned about what she had seen.

She said that she counted six children in the group. And to her eyes, they weren’t acting the way they should. “They were never playing, never smiling, never laughing,” said Dinovi.

Rangers visited the campsite and questioned the man and his wife about the children, but soon after, the family left the campground. “And then I was very fearful that I’d done more harm than good,” said Dinovi.

But the rangers, working with authorities from two states, tracked the family down and the couple was arrested on outstanding warrants from Arizona.

The park service told the story on its Facebook page and more than 160 comments praised the Dinovi’s for their courage and actions. Terry Dinovi says her experience is a reminder to always be watchful, no matter where you are.

She said, “People think, oh, this is Yellowstone, it can’t be happening in Yellowstone, because it is, and it did.”

Dinovi said she appreciates being honored by the park but that’s not what’s most important to her. She said she’s just glad the children are now safe and in loving homes.