Some areas along the Rocky Mountain Front have already received more than a foot of snow
Posted: 12:44 PM, Sep 28, 2019 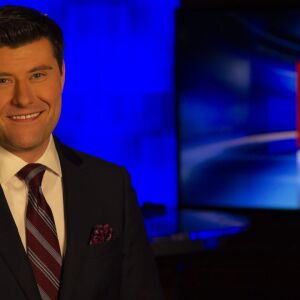 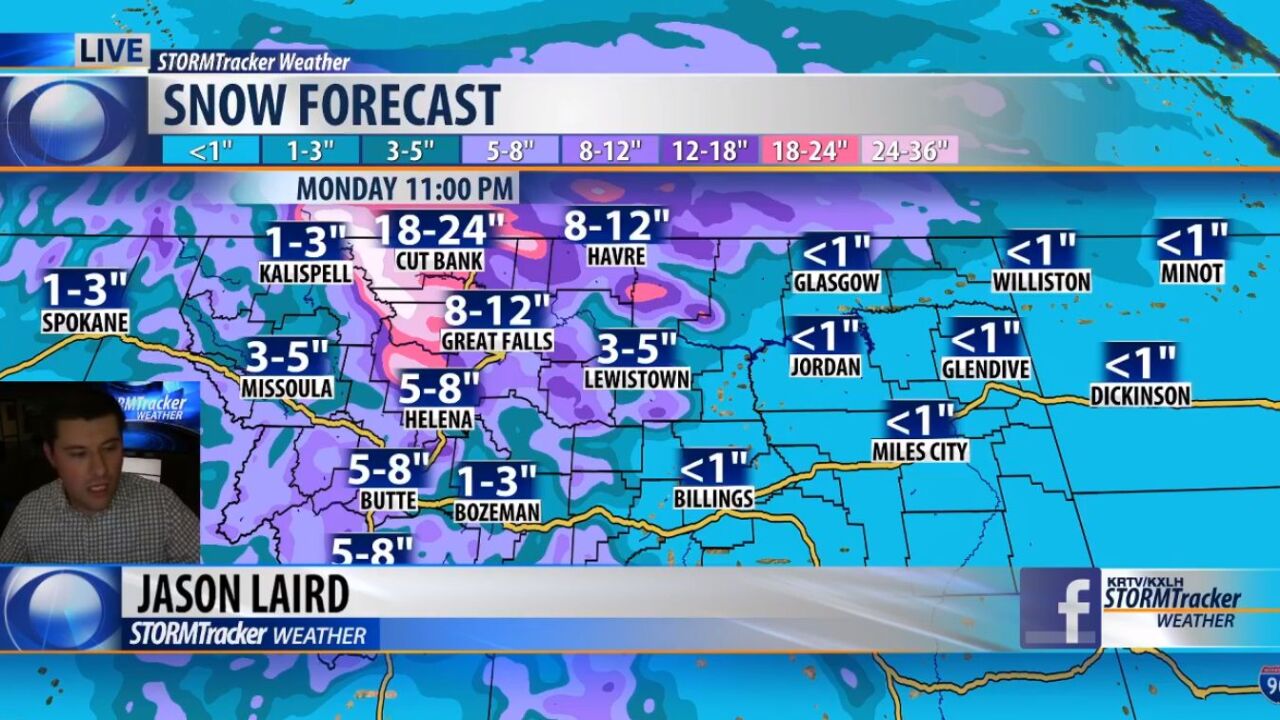 GREAT FALLS — As expected, a powerful winter storm has moved into Montana. Light rain on Friday evening turned to snow along the Continental Divide and the Rocky Mountain Front and continued eastward, and by 6 a.m. light snow was falling in Great Falls. Some areas along and east of the Rocky Mountain Front have already received more than a foot of snow as of noon on Saturday.

The City of Choteau said on Saturday morning that there are already several downed power lines and downed trees which is creating a very dangerous situation; they urge people to stay home if at all possible.

Disaster & Emergency Services in Browning at 11:30 a.m. on Saturday recommended emergency travel only for the Blackfeet Reservation . The Teton County Sheriff posted on Facebook: "EMERGENCY TRAVEL ONLY. Stay home and do not drive unless an emergency."

There have been several reported power outages across the area, affecting Simms, Sun Prairie, and parts of Great Falls.

A winter storm warning is in effect until Monday morning for portions of north central Montana, the National Weather Service said. Near blizzard conditions are possible, the NWS said.

At higher elevations and along parts of the Rocky Mountain Front, anywhere from two to three feet of snow is expected, beginning late Friday and extending into Sunday. At lower elevations, including Great Falls, snow totals are expected to range anywhere from five inches to 12 inches.

Snow in September is not so uncommon for the area, said CNN meteorologist Ivan Cabrera, but the amount expected is: "If the forecast pans out, this would rival or surpass the 1934 winter storm which was for many areas the top early-season snowfall event on record."

"This has the potential to be a historically significant early-season snow event," the National Weather Service in Great Falls said.

Sustained winds will be near tropical storm-force (over 39 mph+) with gusts possible over 60 mph. These winds, combined with the snow that is forecast, will lead to whiteout conditions. With winds this strong and the sudden cold air interacting with the warmer mountain lake water, there is the chance for damaging waves across Flathead Lake.

"It's very rare to have waves 6 feet or more on Flathead Lake, but it's possible this Saturday," said the National Weather Service in Missoula.

NorthWestern Energy said on Friday that it is adjusting staffing in anticipation of the storm. They encourage customers to report outages and damaged and downed power lines by calling 888-467-2669 or visiting the online reporting form by clicking here .

They say every report helps crews determine how widespread an outage is, and helps them diagnose the potential scale and cause of the outage. Once the cause and impact of a power outage is diagnosed, their Distribution Dispatch Center calls in crews and dispatches them to repair any damaged equipment and get the power flowing again.