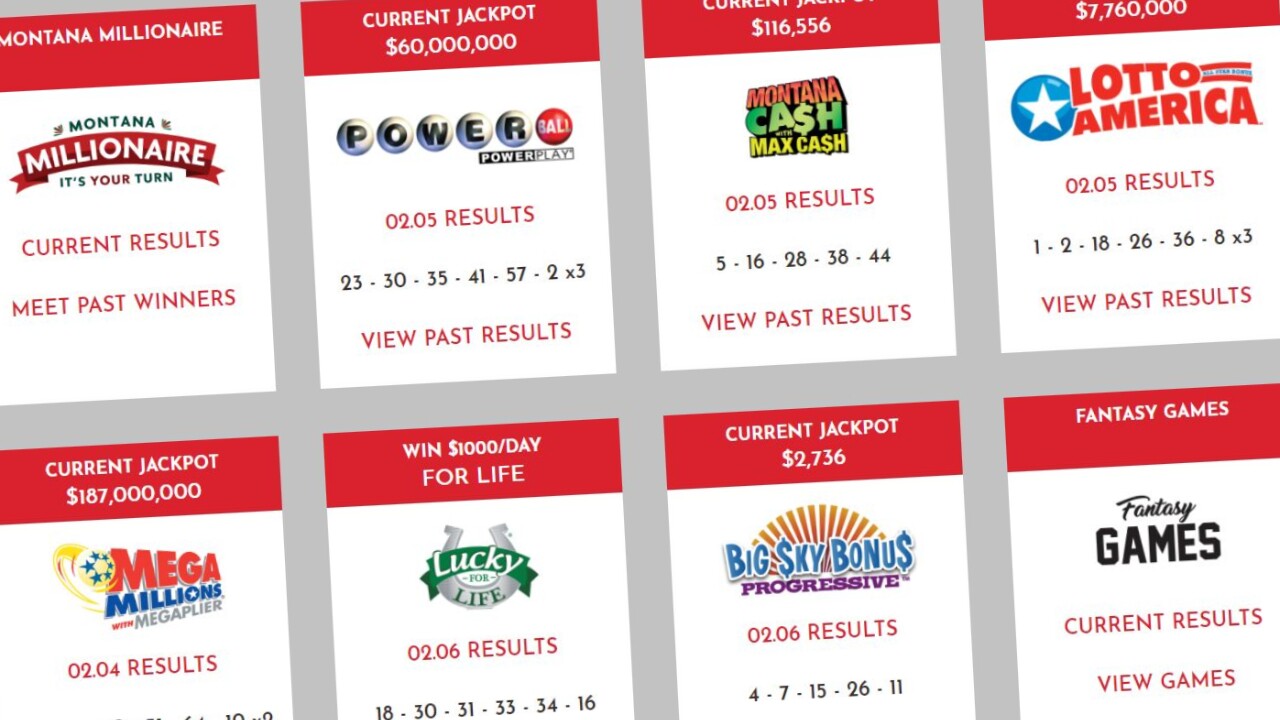 GREAT FALLS — The Montana Lottery said on Thursday that it has awarded $77,937 in prizes since January 25.