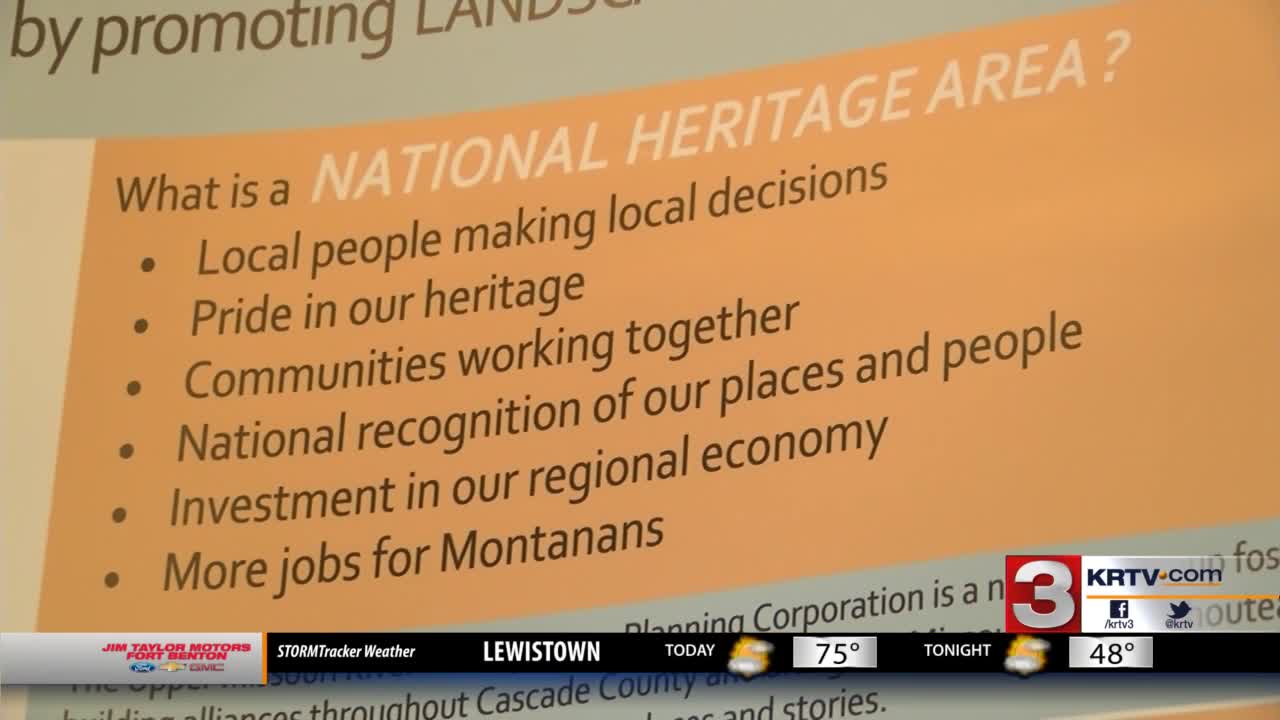 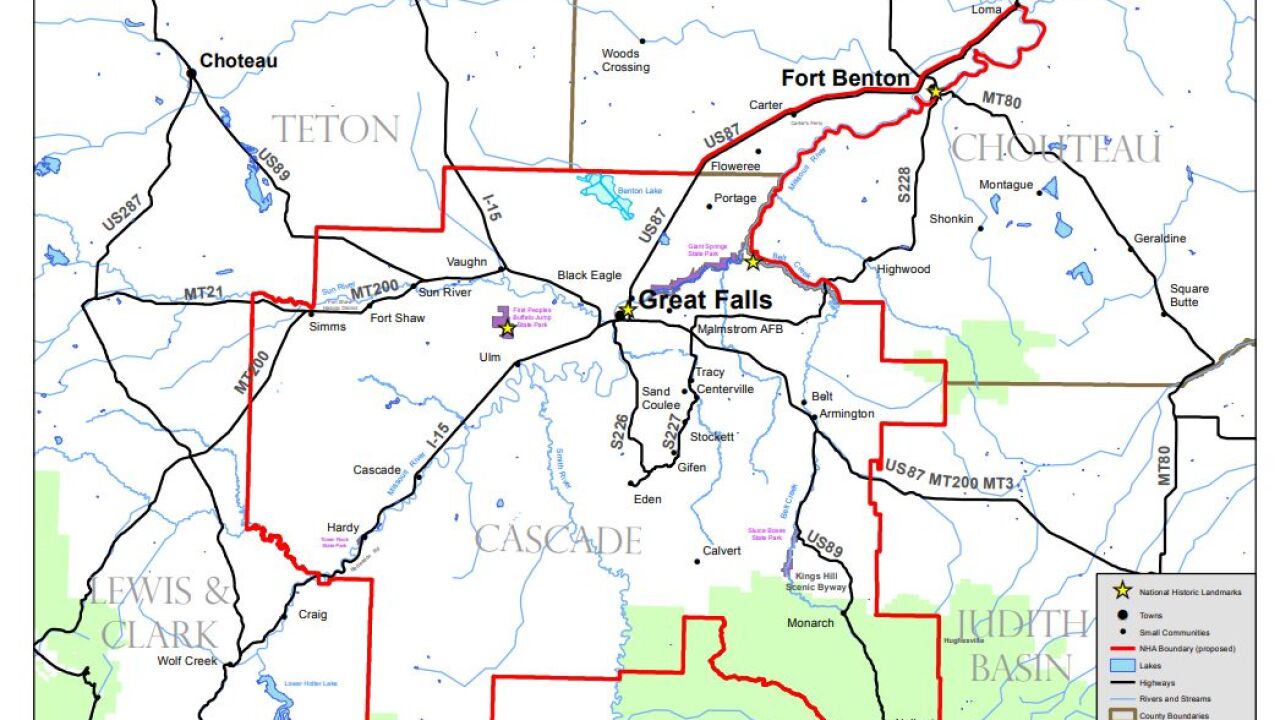 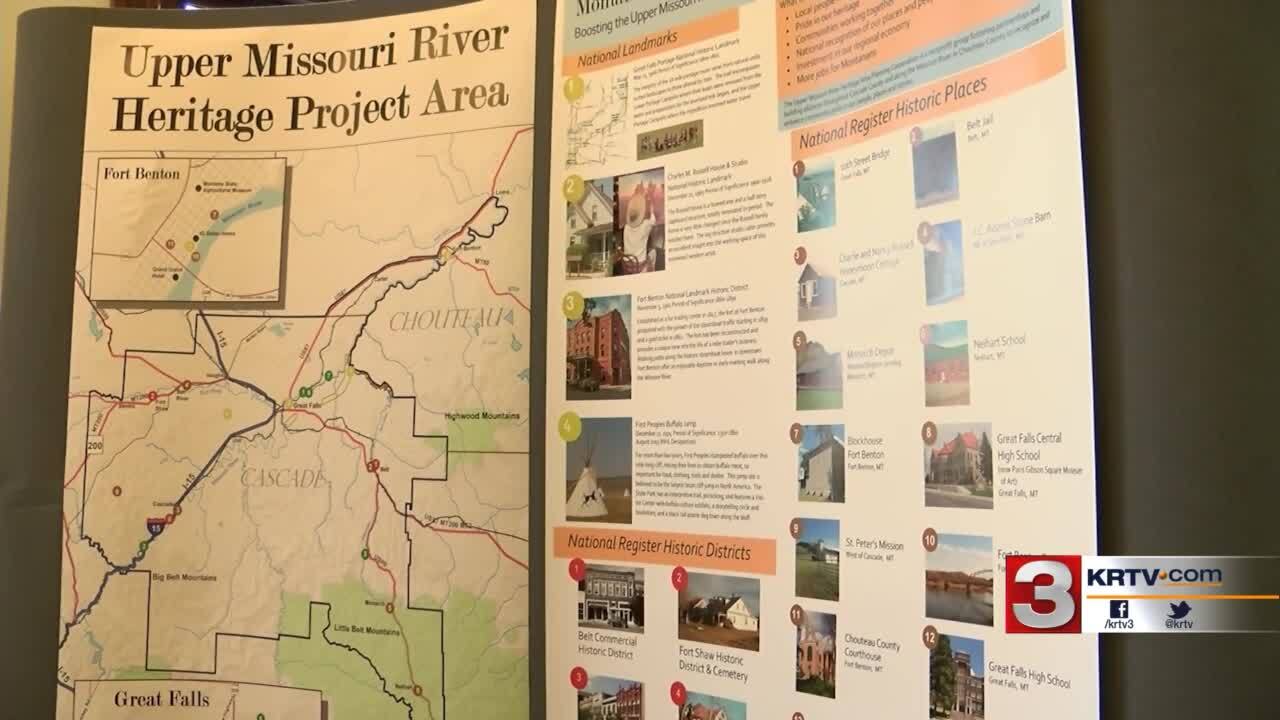 BELT — Community members and civic leaders met at the Belt Theater on Thursday evening to discuss the possibility of Montana getting its first National Heritage Area.

A National Heritage Area is a nationally-recognized piece of land that may include historic landmarks, places of cultural significance, and other important items or locations. There are 55 NHAs in the United States; Montana is one of 16 states that does not have one.

The proposed Upper Missouri River Heritage Area would encompass an area that stretches approximately from Simms (west of Great Falls) to Belt (east of Great Falls) down to Neihart in the Little Belt Mountains.

Jane Weber, the chair of the Upper Missouri River Heritage Area Planning Commission, says that there are many benefits to receiving an NHA designation, including federal funding and increased opportunities for businesses.

“A National Heritage Area is a Congressional designation, so it literally takes an act of Congress,” Weber explained. “It’s an opportunity for our regional area to be the first in Montana, and we would also, when we receive designation, be eligible to receive some federal funding, which we would have to match, in order to do projects. We’ll be able to collaborate with all the local communities in the area, and convene folks to talk about what projects do they want.”

Thursday's meeting was held to inform the public about the process that has been going on since the idea was initially presented in 2015. Weber and other board members gave talks on what has been done, what is being done, and what still needs to be done.

The next step will be to send all available information to Congress, who will then return a formal draft proposal to the people of Montana for them to review. While this process has been in the works for some time now, the draft is not expected to be returned from Congress until early to mid-2020.

Weber also added that residents may have concerns about the government having too much control over Montana’s public land with this proposal, but believes those concerns aren’t necessary.

“The beauty of a National Heritage Area is it is locally-driven,” said Weber. “It is not driven by government, it is driven by local communities.”

The Upper Missouri River Heritage Area website says they meet on the fourth Monday of every month at the Great Falls Civic Center at 4 pm. Click here to visit the website for more information.

We will keep you updated as the process progresses over the next few months.