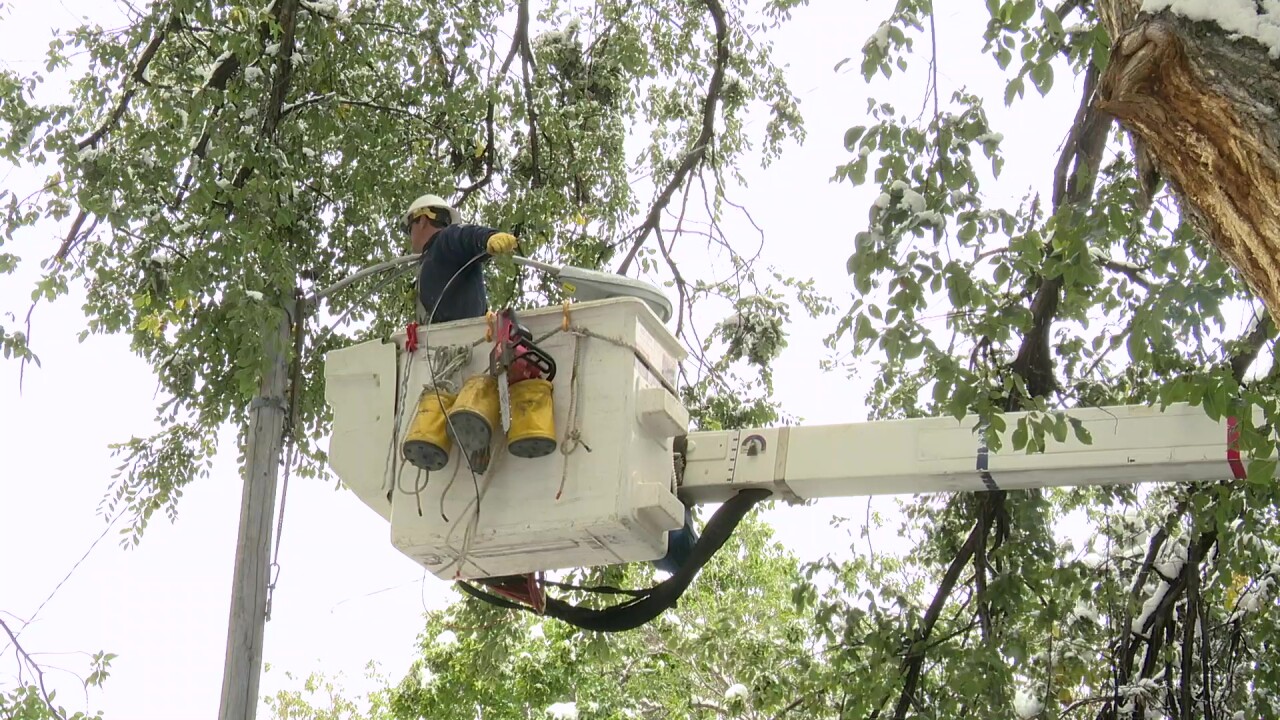 BUTTE — This weekend’s blast of winter weather resulted in more than 300 reports of power lines going down across northwestern and north-central Montana.

Officials with Northwestern Energy said they were ready.

And respond they did after heavy snow and wind caused downed power lines and outages in mainly the northern part of the state. This required pooling the company’s manpower.

“The weekend before we had about 400 man-hours that were out there working, and this weekend there was about 1,700. So, we did pull in crews from other areas to make sure to keep things safe and make sure we get people back in power,” said Babb.

NorthWestern Energy Operations Manager Bob Vinson said the variable that prevented this storm from taking a turn for the worst was the lack of strong winds.

“The weather forecast was ominous and had all the potential for a very destructive event,” Vinson said.

Snowfall this early in the season makes fallen trees and power lines more likely. “This was heavy wet snow. The leaves were still out on the trees. That’s a formula for lots of power outages and lots of hours of work,” Vinson said.

They spent the days leading up to the storm in “planning and preparedness” mode. “We brought personnel in and equipment that we thought we might need in a worst-case scenario,” Vinson said.

To their surprise, the storm took a turn for the best: "We really dodged a bullet with this storm,” Vinson said.

Lineman Travis Kakalecik prepared for a more severe storm, one that would have required crew members from across the state to pitch in.

“It’s a lot less than most of us expected to see. Our system fared very well compared to what we were prepared for,” Kakalecik said.

Although damages were much less than expected, crew members like Kakalecik worked from 7 a.m. to midnight all weekend long.

“Lots of people need help right now and we’re able to give it to them and that’s a good feeling,” Kakalecik said.

Despite responding to hundreds of service calls over the weekend, there’s still more to be done. “We’re down to just very few cases of power being out. We’ve got lots of clean-up ahead of us from lines being torn down,” Vinson said.

Northwestern Energy’s goal is to help the most people in the shortest amount of time. “How can we get the most people back in power, back in service as quickly as possible?” Kakalecik said.

The crew categorizes service calls in terms of safety, responding to public safety issues first, then low lines, lines on the ground, and outages.

While there’s still work to be done, Northwestern Energy says that they won’t change their approach for the next storm.

In the case of future outages, Vinson recommends avoiding fallen power lines, as they could be active. “Most of the lines that hit the ground probably aren’t energized, but they can be,” Vinson said.

NorthWestern Energy encourages any help from the public.

“If you do see any power lines that are down, that you do report those immediately and stay away from them,” said Babb.

And with these cooler temperatures coming in, people are going to be firing up the boilers and also their heaters, so NorthWestern wants their customers to be wary of any gas leaks and to contact them as soon as possible.

“We want to make sure if you’re turning your boiler back on, number one, if you smell gas that you make sure that you take the precautions to get out of the house and that you call and report that so we can take care of that in a safe manner,” said Babb.

NorthWestern customers can report a problem by calling the emergency line at (888) 467-2669.