Reports of strange lights in the sky in northern Montana 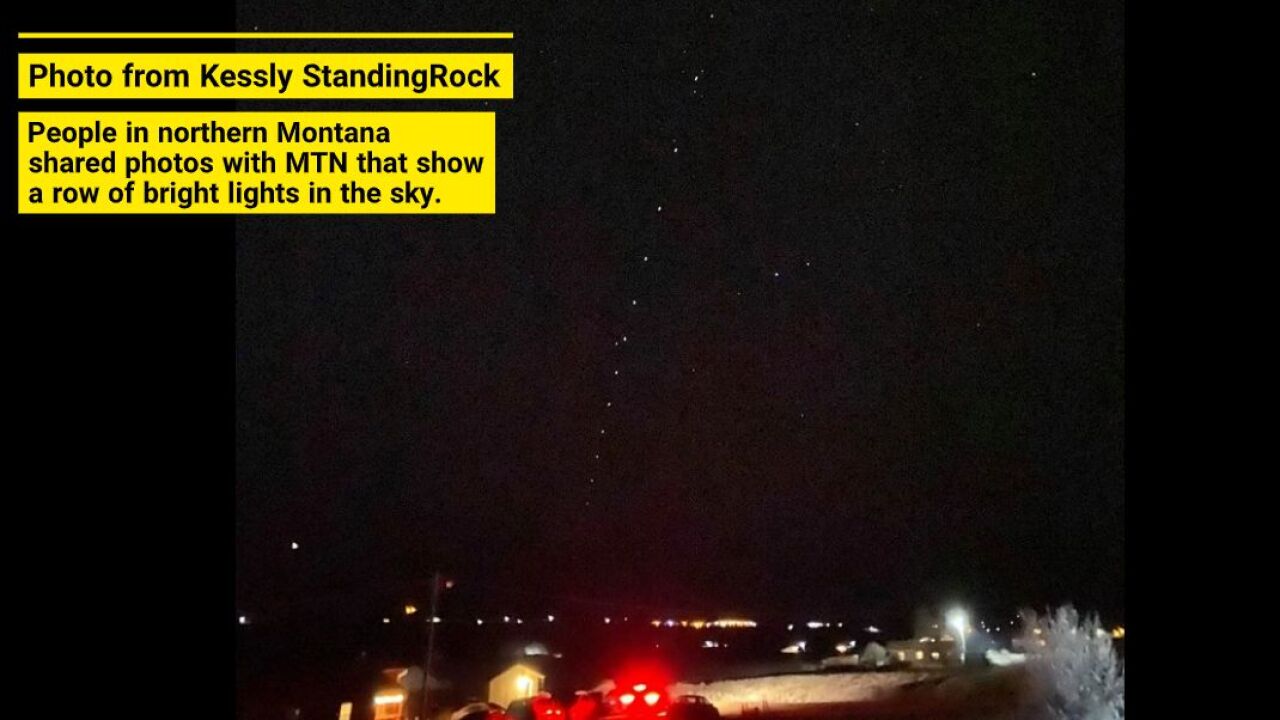 GREAT FALLS — We have received reports and several photos from people in northern Montana of strange lights in the sky.

People in and around Browning, Rocky Boy, and Lodgepole shared photos with MTN News on Wednesday evening that show a row of bright lights in the sky, and people in other areas of Montana reported seeing them, too.

Based on similar reports in recent days in other media outlets and similarities in the photos, they are likely small satellites passing overhead that were launched recently by SpaceX.

Meteorologist John Belski of TV station WLKY reported on Monday that SpaceX launched two sets of satellites this year called Starlink. Each launch had 60 small satellites that eventually will orbit the earth at an altitude of more than 300 miles.

And on Sunday, meteorologist Will Haenni of station WWMT posted: "The bright dots in the sky are satellites, approximately 175 miles above the surface of the Earth. They appear bright due to their solar array reflecting sunlight back to the dark side of the globe."

SpaceX launched 60 Starlink satellites from Space Launch Complex 40 at Cape Canaveral Air Force Station, Florida. The SpaceX website explains: "SpaceX is developing a low latency, broadband internet system to meet the needs of consumers across the globe. Enabled by a constellation of low Earth orbit satellites, Starlink will provide fast, reliable internet to populations with little or no connectivity, including those in rural communities and places where existing services are too expensive or unreliable."

The website Space.com has information about how you can track the movement of the satellites.

If you saw a row of UFO like lights in the sky in IL, IA, MI (like this but spaced out), that was SpaceX Starlink Satellites! You'll be able to see them in the next few days, too!
Check here for a map (and set the time back to see their track today) https://t.co/wtkU9xSFY9 pic.twitter.com/cZ4UUvj5Zc