Schneider celebrated as "Advocate Of The Year" 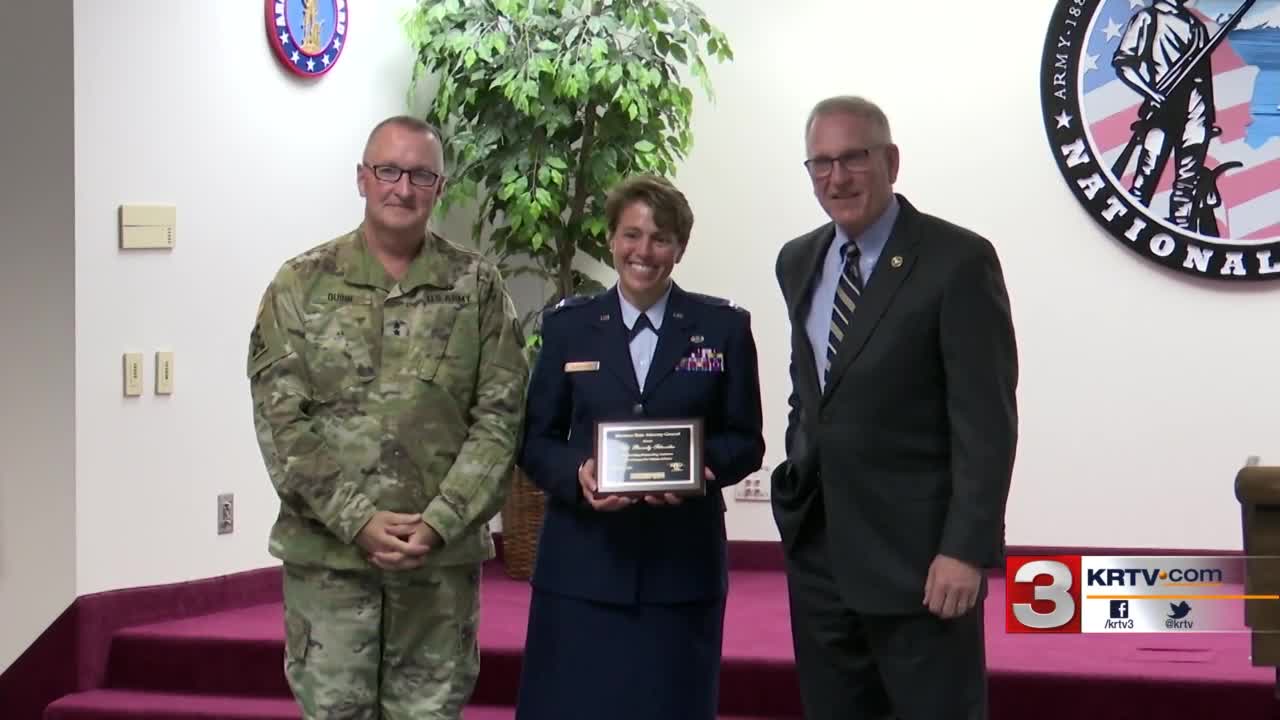 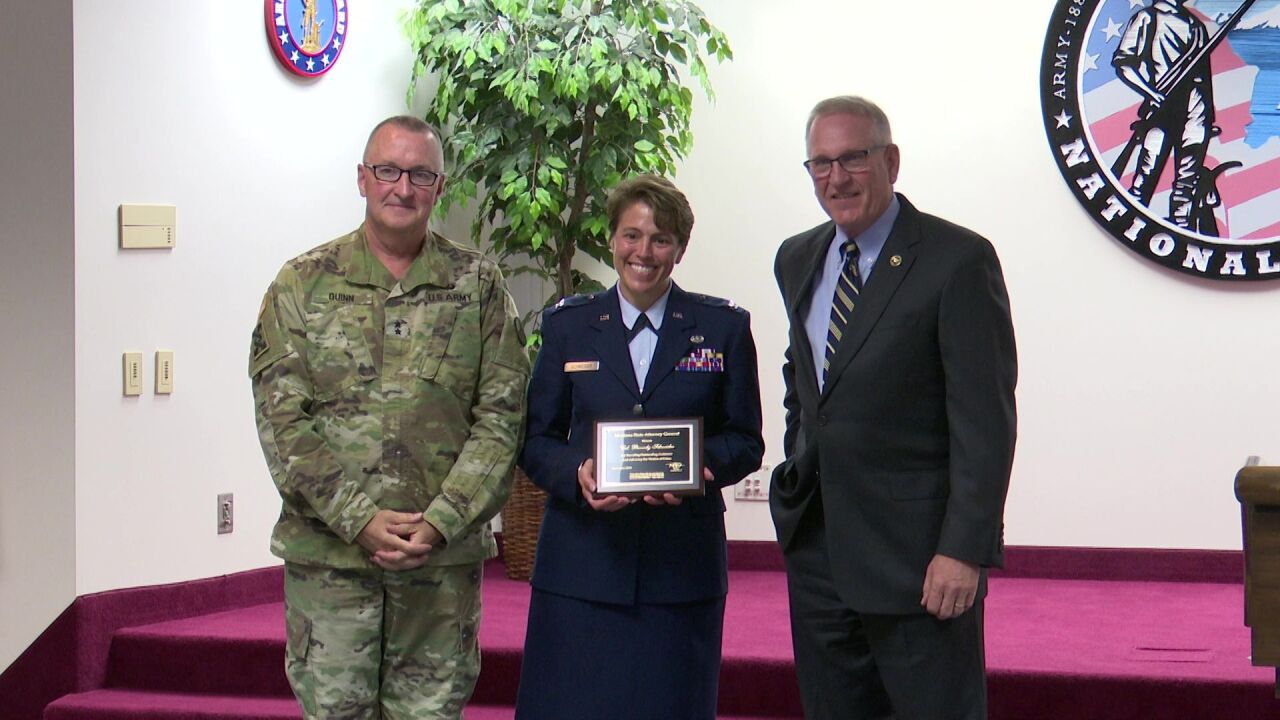 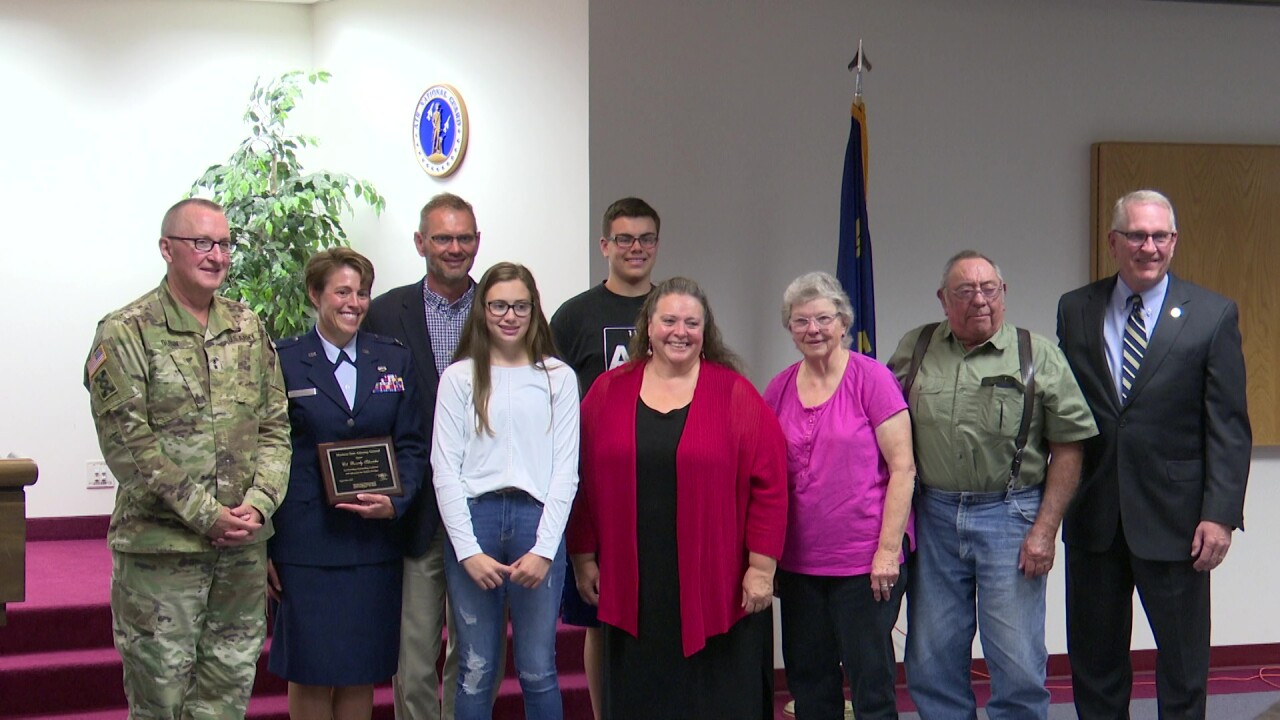 “I’m actually a bit overwhelmed,” Schneider said. “So much of my work, I feel I’m just doing my job, and so to have been recognized for this prestigious award and be one of the first military members to have received it – it is a huge honor for me.”

Schneider is the state staff judge advocate for the Montana National Guard. She provides legal advice to commanders when an allegation of a crime is made against a military member.

Schneider also works closely with victims of sexual assault and other crimes in the military. She says she’s committed to making sure the system works for them.

“When people have the strength to come forward and tell their story, it behooves all of us who are in that system to take their story and move forward with it and let the process work,” she said. “We can’t guarantee outcomes, but we can guarantee them the process that our system provides for them.”

“It comes not from her schooling, not from her military training, but from her heart,” he said. “That’s what makes the difference to the soldiers and airmen of the Montana National Guard.”

Fox said Schneider stands out because of her compassion and her dedication to pursuing justice.

“I think that Colonel Schneider epitomizes not only the best of the best in the United States Air Force, of which she’s a member, but the best of the best of crime victim advocates in our state,” he said. “We’re appreciative of the work they do – they fly under the radar, they don’t do it for any kind of award or recognition.”

The Outstanding Advocate Award has been presented since 1993. Fox said this was the first time it had been presented to someone working in the military justice system.

The award is named in honor of Matt Dale, the longtime director of the Montana Department of Justice’s Office of Consumer Protection & Victim Services, after his death last year.

Next week, Fox will present the award to the remaining two 2019 honorees; one in Miles City and one in Red Lodge.