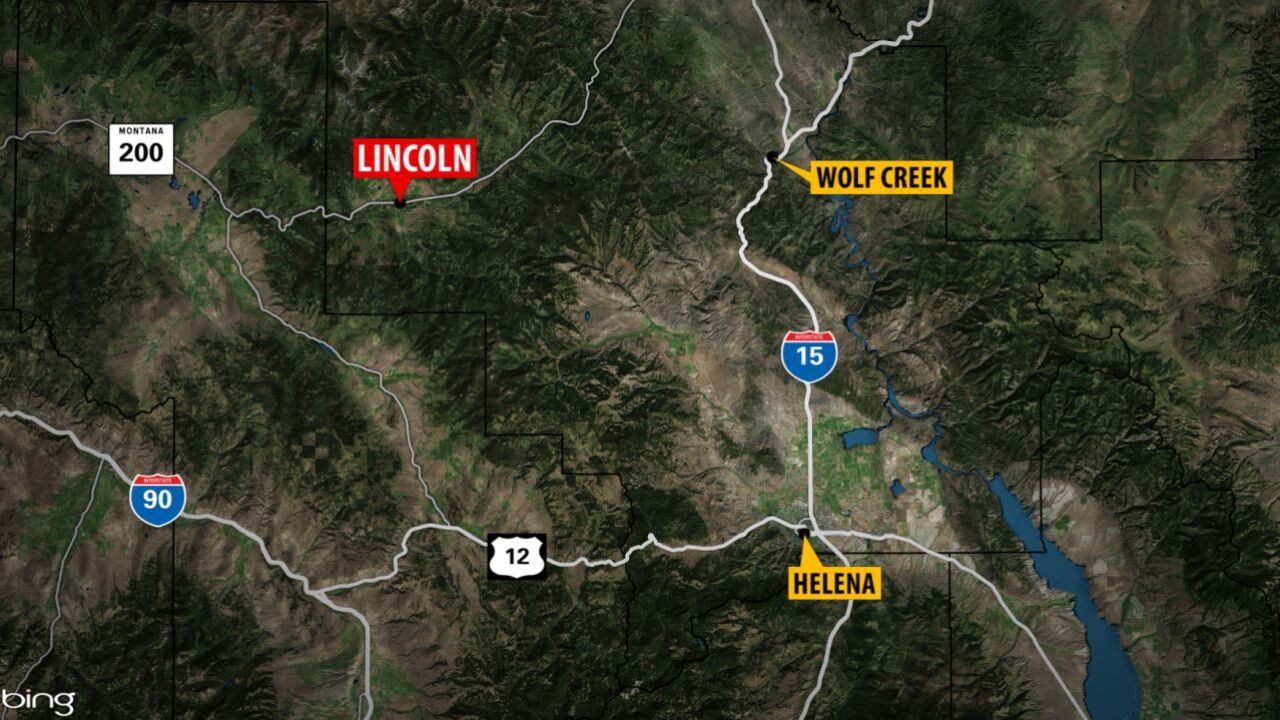 They were stuck, but uninjured. At 6:32 pm, Search and Rescue was dispatched to respond to the area south of Sucker Creek near Copper Creek Road, northeast of Lincoln.

Mark Dawkins had left the group to get help. Mark Baze and Melody Dawkins remained where the snow machines were stuck.

All three were unprepared, according to officials. Baze was the only one with a cell phone, and they had no other survival supplies among them. There was no way to contact Mark Dawkins until he was located by SAR.

"I spoke to Mark Baze today. He felt that Search and Rescue had saved their lives," said Sheriff Leo Dutton.

When asked if he had any advice for snowmobilers in the future, Baze said, "Stay together and bring more equipment. I wish I'd had a flare gun."

"Them having a cell phone was an important piece of safety equipment, they were able to contact the 911 system before they succumbed to the environment." Said Sheriff Leo Dutton.

The Lewis & Clark County Sheriff's Office asks you to remember if you are going out to enjoy the outdoors, be prepared for the unexpected.

1) A communications device. A cell phone, satellite phone or a personal locator beacon.
2) The weather will change, expect it. Pack some type of warming device.
3) A signaling device for day and night operations where you can attract attention of the rescue party or others
4) A shovel, rope or cord small plastic tarp to shield or insulate you.
5) Matches, or some material to create heat. A fire is also a signaling device.
6) Let someone know when you expect to return.
7) Stick to your plan, if you deviate from what route was, the chances of us finding you quickly are diminished.
8) Never give up hope, but don't make it your strategy.