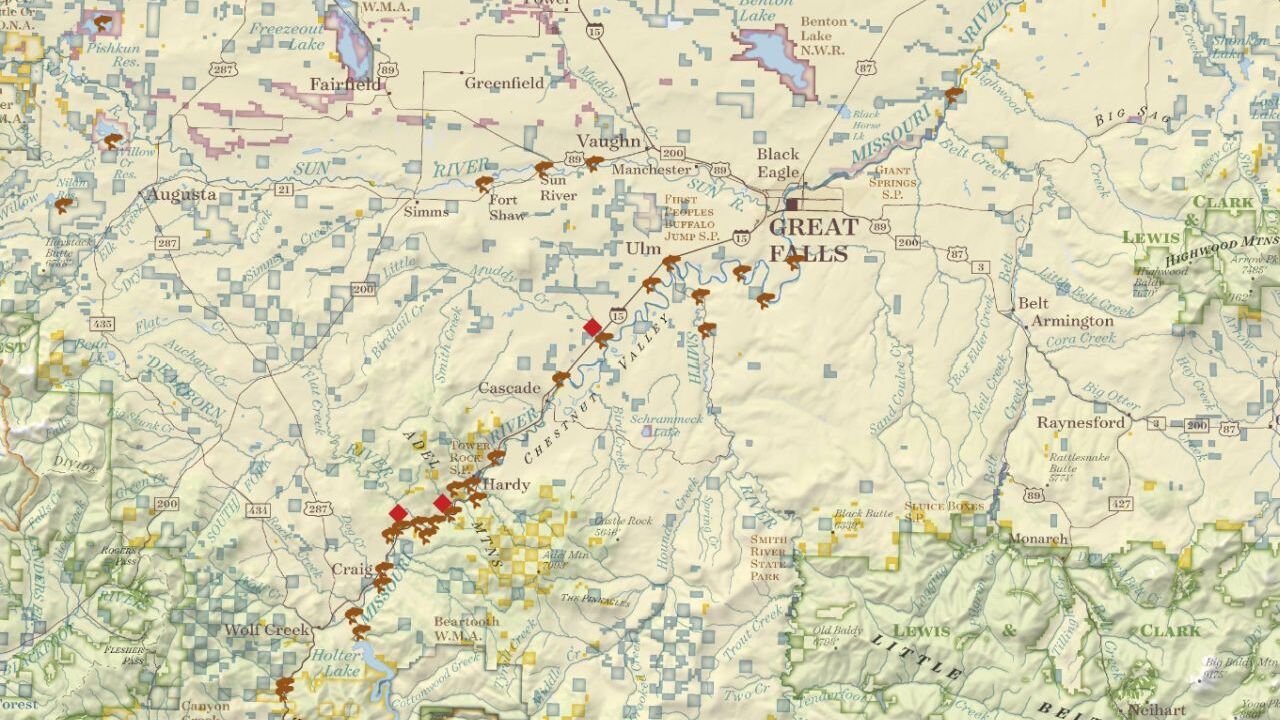 Trout Unlimited, which produced the map, hopes it will not only increase awareness of these public access points, but build interest in improving, and building more.

Montana is well-known for its system of state fishing access sites operated by Montana Fish, Wildlife and Parks, and its partners. It's an astonishing network of more than 300 put-ins, many of which are federally funded.

"We started this map because we know that three quarters of our fishing access sites in Montana have been partially or wholly funded by a pot of money known as the federal Land and Water Conservation Fund," Montana Trout Unlimited executive director David Brooks said. "And we also know that there's still need for more fishing access in Montana, and more places for people to get on the water and enjoy it in all the ways we do."

It's an incredibly detailed map which not only shows every single access, but provides basic info, and links to more information.

While there are many river access points, like those on the Bitterroot River that are very popular, there are many dozens of others that you've probably never visited. The map will help you find those while also filling the gaps in the river access system.

Brooks says those gaps are more obvious in Central and Eastern Montana, but even some areas west of the Divide. The ideal would be to have an access point every 12-miles, not just for fishing, but for providing access to floaters, and even those who just enjoy the shoreline.

"We were with Montana Trout Unlimited and a lot of our members are anglers, but we understand that rivers and being on the water is a way of life for lots of people in Montana. Even if they don't fish," Brooks explained.

The group also hopes the map will spur discussion of permanent funding from the LWCF.

"We hope this raises that issue in the eye of the public and so people will be aware and we'll continue to encourage our senators to get that done in 2020," Brooks said. "And then, when it gets done, this map will be a resource to go to for elected officials or our Fish, Wildlife and Parks and say 'okay, here's some places where need has been identified. Let's starting pecking away at it and building more access sites'."

The map, which can be zoomed into from statewide for detail and links to information on each access site, is available on the Trout Unlimited website.