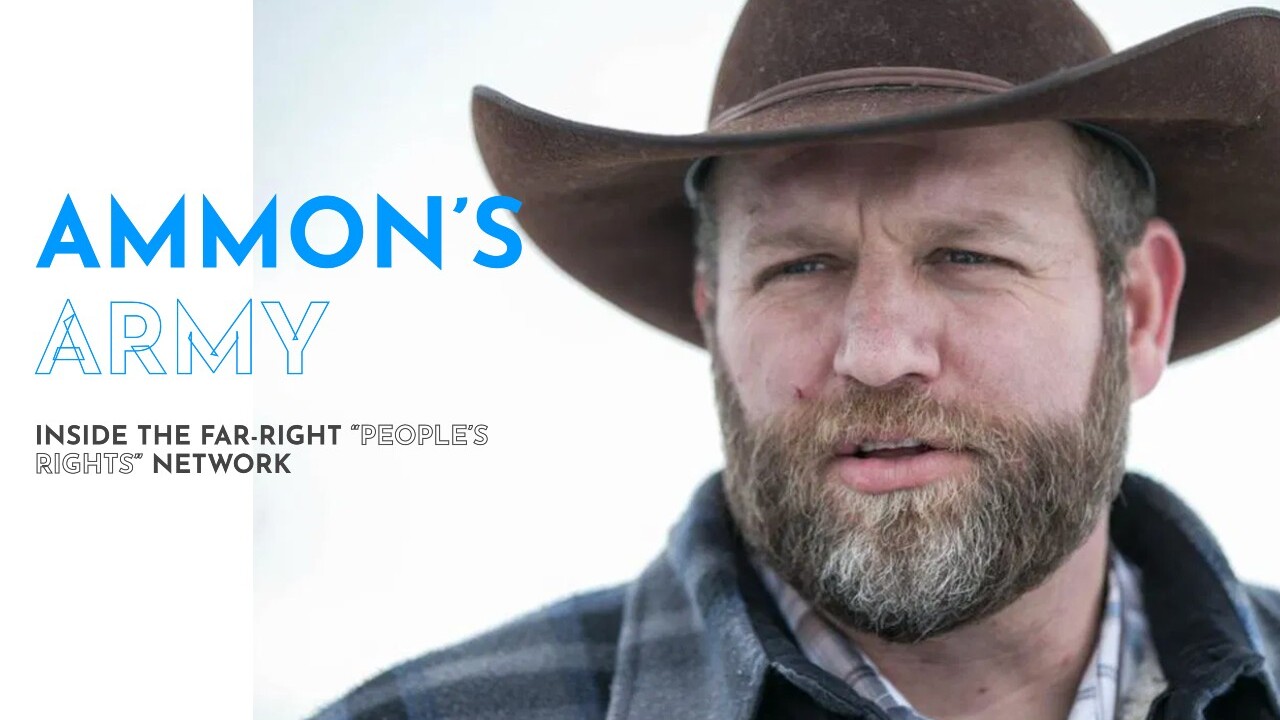 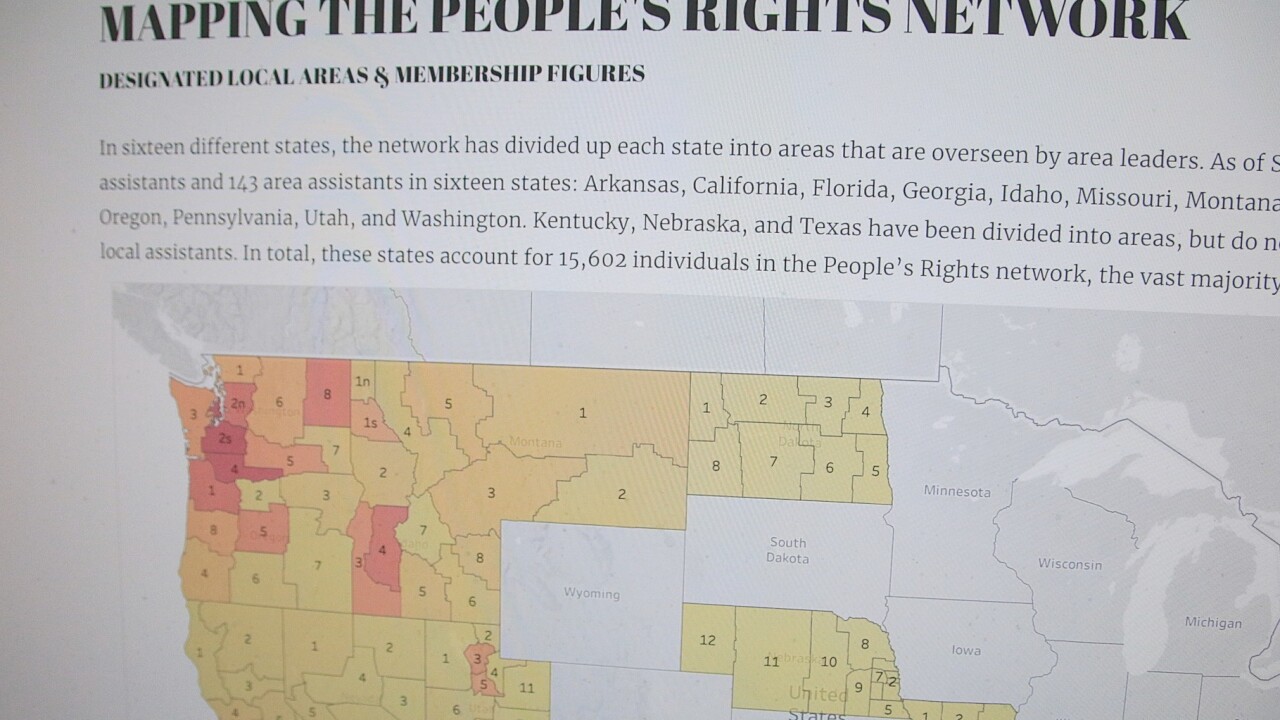 A new report suggests an Idaho man known for armed standoffs and civil unrest in the Northwest has built a new network based on anti-government rhetoric which now claims more than 20,000 members nationwide.

That's setting off alarm bells for the Montana Human Rights Network and The Institute for Research and Education on Human Rights (IREH), who worry about the potential for community disruption and even "armed insurrection" after Election Day.

The 100-page report entitled Ammon's Army, is based upon extensive research into the "People's Rights" network, which the authors say shows Ammon Bundy's growing influence.

Bundy made headlines during the armed occupation of Eastern Oregon's Malheur Wildlife Refuge in 2016, as well as the earlier standoff with authorities over federal land management at his family's ranch in Nevada.

More recently, Bundy has made headlines for a series of incidents in southern Idaho, mostly stemming from opposition over government-ordered pandemic shutdowns.

In fact, it's the broader concern over mask-wearing and other restrictions which the report's authors say has led to the rapid growth of "People's Rights" since last spring.

IREH's Devin Burghart says the research shows Bundy has been building a coalition from his previous contacts to militia members and white nationalists, those who deny racism exists, follow conspiracy theories, or are bristling at government regulation.

But he says more recently, the network has rapidly grown from a "few dozen" members to thousands by "tapping into the larger COVID-19 anxiety".

Burghart says most of the growth has come from social networking, with as many as 22 different groups the researchers could find on Facebook.

However, he says today Facebook pulled down those pages. The report says many of their followers had already been moving to more private social networks, or even more basic systems like SMS texting to stay in touch.

While the report gives scale to the nationwide scope of the "People's Rights" network, the researchers go into great detail about how the network is being organized into regions, in Montana, as well as Idaho, Oregon and Washington, where some areas already show more than a thousand members.

The interactive maps show more than 500 members of the network in Montana alone. Ammon's Army lists more than 150 local leaders, giving detailed background on many of their views and activities.

That includes Montana personalities like Mark French of Paradise, who has had several unsuccessful runs as a "Constitution Republican", and Kalispell contractor Nick Ramlow.

Ramlow made headlines last spring when he wanted to pursue criminal complaints against Governor Steve Bullock and Kalispell's mayor over pandemic closures, eventually filing a grievance petition in District Court and urging business to re-open in defiance.

Travis McAdam of the Montana Human Rights Network says the research has shown Ramlow and Bundy have discussed the formation of an "Uber-like" militia, which could be called out in what McAdam calls "a moment's notice" to respond to disputes.

However, the report shows some of the group's momentum isn't limited to traditional militia and anti-government themes, many of which date back to the 1970s.

Burghart says there's a "much softer appeal" to the network's recruiting, focusing on issues like vaccines, children, health, and family, which have brought many more women into the movement.

McAdam and Burghart say the objective in releasing the report is to give data as a "starting point" for local communities to become more aware of the "People's Rights" movement so leaders can monitor the group and how it can affect local unity, government operations, and the "conversation" about issues like racism.

Burghart isn't sure what the future holds for the new movement, saying "egos can break apart networks." But given the size, momentum, and different demographics in "The People's Network" he says the future could be different than with past organizations.

As yet, we've heard of no response from Bundy, or his reported followers, but we will continue to track this developing story.

If you'd like to read more about the research and claims, the full report can be found here.