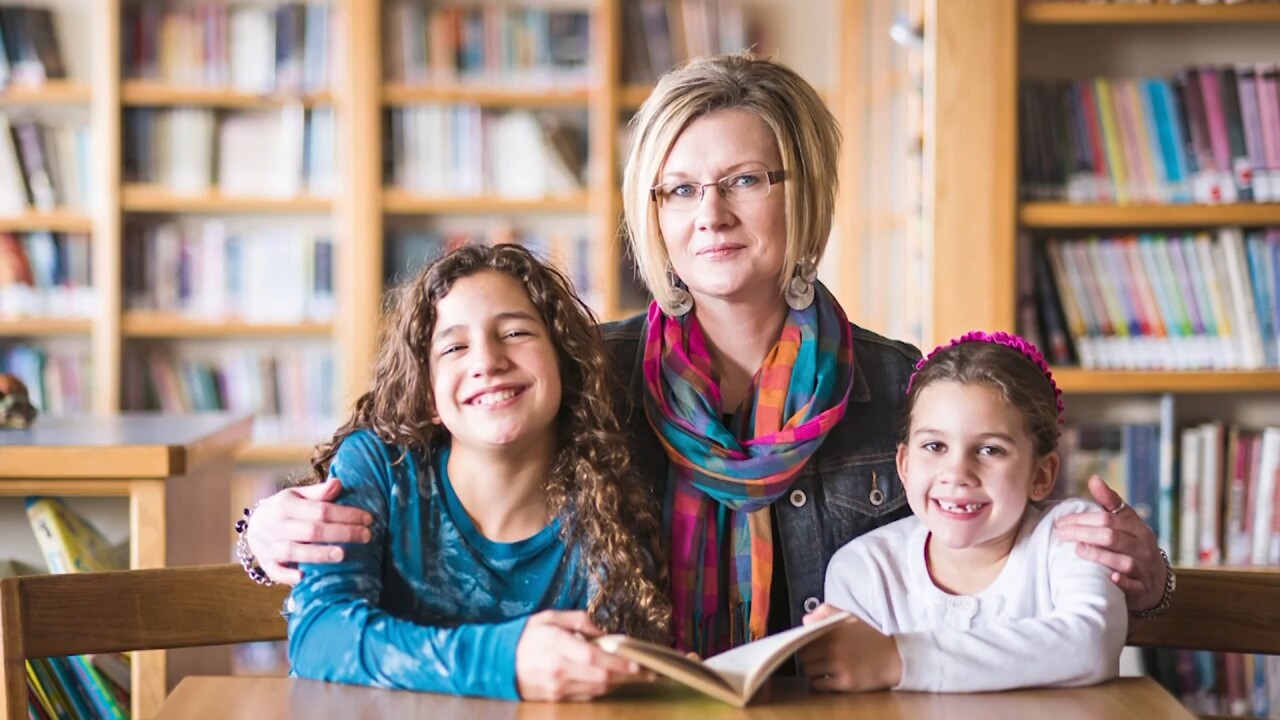 Kendra Espinoza of Kalispell and her two daughters, the lead plaintiffs in case leading to landmark ruling on school choice.

The ruling overturns a 2018 Montana Supreme Court order that terminated the tax credit entirely and said the program violated Montana’s constitutional ban on public aid to churches or religion-affiliated organizations, including schools.

U.S. Supreme Court Chief Justice John Roberts, writing for the majority, said the Montana court decision violated the U.S. Constitution’s guarantee of free exercise of religion, by excluding students from a program only because they attend a religious school.

“A state need not subsidize private education,” he wrote. “But once a state decides to do so, it cannot disqualify some private schools solely because they are religious. … Their exclusion from the scholarship program here is odious to our Constitution and cannot stand.”

Advocates of “school choice” – which usually means public aid for private schools, in some form – hailed the ruling as removing a major impediment to such aid nationwide.

“This decision today, and especially the fact that it was such a broad ruling, will do away with Montana’s Blaine amendment and give kids the freedom to pick the school that suits them best,” said Jeff Laszloffy of the Montana Family Foundation, a key supporter of the tax credit.

But opponents of the ruling said Montana’s state constitution still contains strong language supporting public schools and public-school funding, and that the ban on public aid to churches was not ordered to be removed entirely from the state constitution.

The president of the state’s largest labor union, which represents public-school teachers and public employees, also said Tuesday it will consider separate legal action to challenge the tax-credit program’s constitutionality.

“All 23,000 of us will continue to put roadblock after roadblock in the way of privatizers for profit,” said Amanda Curtis of the Montana Federation of Public Employees. “This is not the end of the road for us.”

The ruling came in a case brought by three Montana families whose children attend Stillwater Christian School in Kalispell. Their action was aided by the Institute for Justice, a national nonprofit that supports school choice.

They sued after the state Revenue Department issued a rule in 2015 that said children attending religious schools could not receive scholarships from organizations that benefited from a $150 state income-tax credit given to donors to the organizations.

Kendra Espinoza, the lead plaintiff in the case, told MTN News Tuesday that she and her daughters started “yipping and hollering” when they saw the decision come down early Tuesday morning.

“We are very, very excited about this decision,” she said. “What this means for us, is that we get to continue our enrollment there. … When scholarships are available that means we have that ability to continue at Stillwater Christian School with that education, that they have thrived at and they’ve done so well at, so far.”

Her two daughters are among about 50 students who received $500 scholarships from Big Sky Scholarships, the only organization so far that has benefited from the tax credit. The scholarship awards were allowed to continue while the case was on appeal.

The Espinozas won the first round in court, when a state district judge said the tax credits are not direct aid to religious schools, and therefore aren’t banned by the state constitution.

But the Montana Supreme Court disagreed, saying the credit is indirect aid that is prohibited by the state constitution – and threw out the entire tax credit program, for use by any students.

Espinoza and the Institute for Justice appealed that decision to the Supreme Court. Graybill said the case now heads back to the Montana Supreme Court for a ruling that complies with the U.S. high court order.

Attorneys for the Institute for Justice said they expect the tax-credit program will be reinstated, with students at religious schools able to take advantage of it.

The case had attracted court briefs from across the country and from Montana – including one from U.S. Sen. Steve Daines and U.S. Rep. Greg Gianforte, both Republicans, who sided with the parents against the state of Montana.

On Tuesday, Daines and Gianforte issued statements in support of the decision.

Daines, who is up for re-election this year, called the ruling a “major victory” for religious freedom. Gianforte, who is running for governor and has long been an advocate of school choice and a supporter of private religious schools, called it a "step in the right direction" to ensuring all kids have access to education that meets their "unique needs."

Gov. Steve Bullock, the Democrat opposing Daines for the U.S. Senate, said he is "disappointed" with the decision and "will continue to fight for public education in Montana."

Laszloffy said the ruling nullifies constitutional language that had been used for years to oppose or invalidate school-choice programs, on the grounds that they aid religious schools.

With that barrier removed, he said his group and others likely would be bringing new proposals to the next Montana Legislature to expand state aid for families that choose to send their kids to private schools.

“We understand how well school choice is working, because we’ve seen it work in other states,” he said. “We’re going to look at those that are working best and bring those to Montana. We won’t need to reinvent the wheel.”

Curtis of MFPE said the decision is a blow to public education, because it opens the door to more school-choice programs that will direct public funds away from public schools.

“This activist court has handed down a ruling that will siphon off potentially billions of dollars from the public-education system in America, making our jobs harder and harder,” she said.

Justice Ruth Bader Ginsburg wrote the lead minority opinion, saying the Montana Supreme Court had not discriminated against children attending religious schools, because it invalidated the entire program, for all students.