The mail-ballot poll of more than 2,000 registered voters, conducted during a three-week period in late September and early October, has an error margin of plus-or-minus 2 percent.

Given that error margin and the poll results, the race between Tester and Rosendale is statistically a toss-up going into these final weeks of the campaign.

Absentee voting began the weekend of Oct. 13 and election day is Nov. 6.

Two-point-six percent of respondents to the MTN-MSU poll said they planned to vote for Libertarian Rick Breckenridge, who’s on the ballot; 6.5 percent said they are undecided; and 1.6 percent named someone else they planned to support.

The Tester-Rosendale contest is one of the most closely-watched U.S. Senate races in the country, as Republicans have targeted Tester as a potentially vulnerable Democrat in a state that President Trump won by 20 percentage points in 2016.

The Tester and Rosendale campaigns have spent nearly $20 million on the campaign so far, with Tester spending $16 million of that amount. Three dozen outside groups had poured another $25 million into race as of last weekend.

President Trump also has visited the state three times to campaign against Tester, including a stop last Thursday in Missoula.

Most public polls have shown Tester with a narrow lead over Rosendale, the state insurance commissioner and a former state senator from Glendive.

The poll mailed questionnaires to a random sample of 10,215 registered voters, distributed geographically among all 100 state House districts. Recipients were sent a stamped envelope to return the ballot.

A total of 2,079 people responded, or slightly more than 20 percent. The responses were then weighted based on demographics, political leanings of the respondents and the 2016 presidential vote, to reflect as closely as possible the current electorate.

The MTN-MSU poll revealed some noticeable splits among various demographic and political groups of voters, in the U.S. Senate race:

• Women are much more supportive than men of Tester. Nearly 52 percent of women responding to the poll favored Tester, while just under 39 percent supported Rosendale. 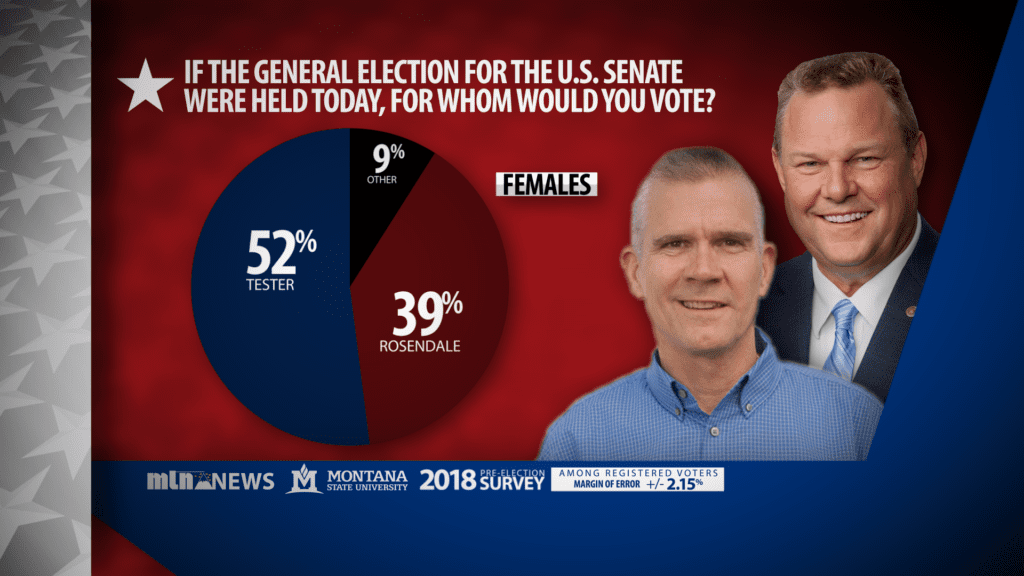 Forty-seven-point-five percent of men responding to the poll said they will vote for Rosendale, while only 41.6 percent said they support Tester. 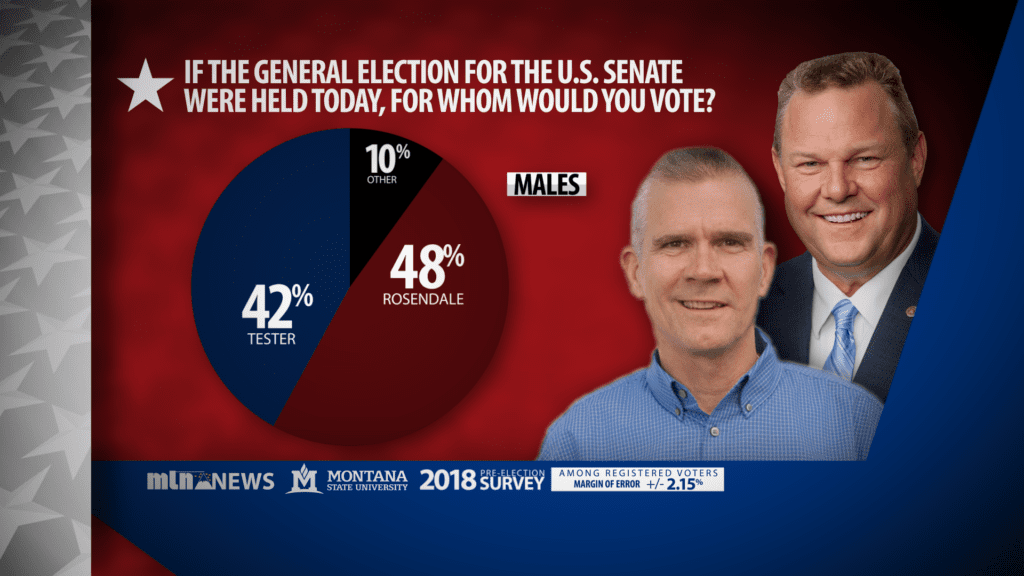 However, Tester had more support from both unmarried men and women – particularly unmarried women, who supported Tester 62 percent to 30 percent. Married women were evenly split on the race, at about 45 percent for each major candidate. 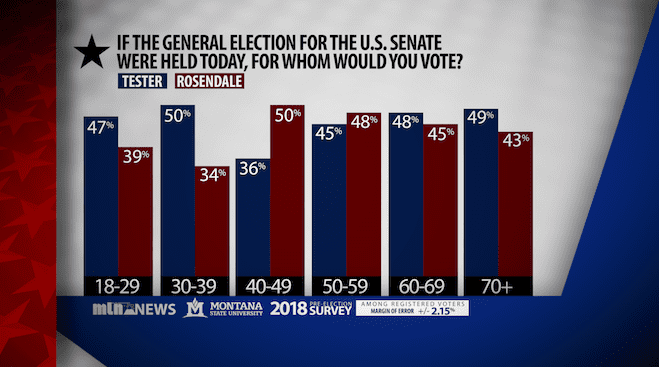 • Support for the candidates also differed among voters of different educational backgrounds. Those with college degrees went strongly for Tester; those who had less education favored Rosendale, although not entirely.

Rosendale led among voters who had only a high-school education (46 percent) or an associate or junior-college degree (52 percent). Tester had support from 39 percent and 37 percent of these categories, respectively.

But Tester led narrowly among those who had did not have a high-school diploma – 51.5 percent to 48.5 percent for Rosendale. 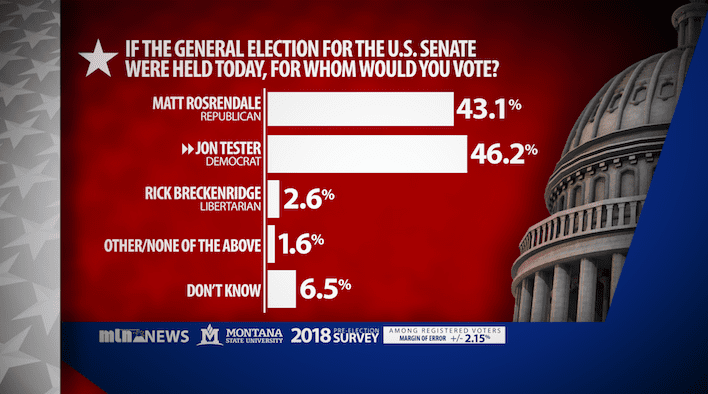