This is the second of a several-part series on the results of an MTN/MSU poll on this year’s electoral races in Montana, and other issues.

Only 2.4 percent of registered voters in the survey said they would support Libertarian Elinor Swanson, who’s also on the ballot. Ten percent said they are undecided or would support someone else.

The mail-ballot poll of more than 2,000 registered voters, conducted during a three-week period in late September and early October, has an error margin of plus-or-minus 2 percent.

Absentee voting for Montana began the weekend of Oct. 13. Election day is Nov. 6.

Gianforte, the co-founder of a successful software-development firm in Bozeman, won the congressional seat in a special election May 25 last year and was sworn in the following month. Republicans have held the statewide seat since 1997.

Williams, a former state legislator and resource-and-recreation specialist from Bozeman, won the Democratic nomination in a six-way primary in June.

Williams has been traveling the state to campaign and make herself known, while Gianforte has been emphasizing his support of President Trump’s agenda and has appeared with the president at three campaign rallies since July – most recently last week in Missoula.

At the Missoula rally, Trump unexpectedly praised Gianforte for assaulting a journalist in Bozeman on the eve of Gianforte’s election last year. Williams immediately released a TV campaign ad that refers to the assault, saying “this is not who we are.”

The MTN/MSU poll mailed questionnaires to a random sample of 10,215 registered voters, distributed geographically among all 100 state House districts. Recipients were sent a self-addressed, stamped envelope to return the ballot.

A total of 2,079 people responded, or slightly more than 20 percent. The responses were then weighted based on demographics, political leanings of the respondents and the 2016 presidential vote, to reflect as closely as possible the current electorate.

The MTN-MSU poll showed that Gianforte enjoys support among many demographical groups in Montana, but not all: 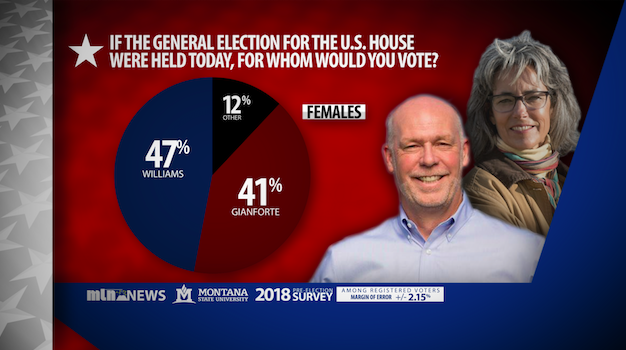 Gianforte had a commanding lead among male voters, 54 percent to 34 percent. 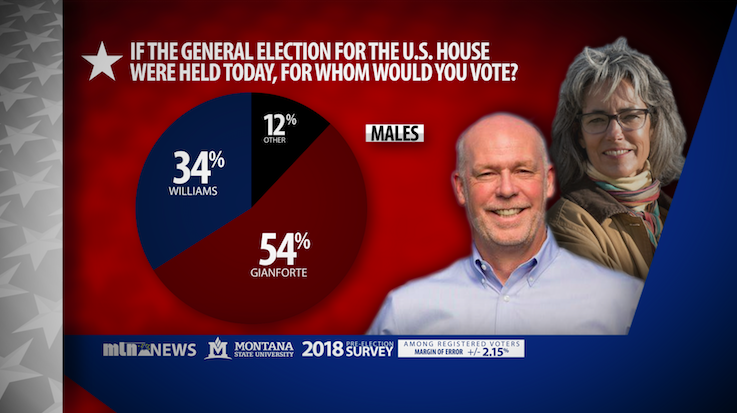 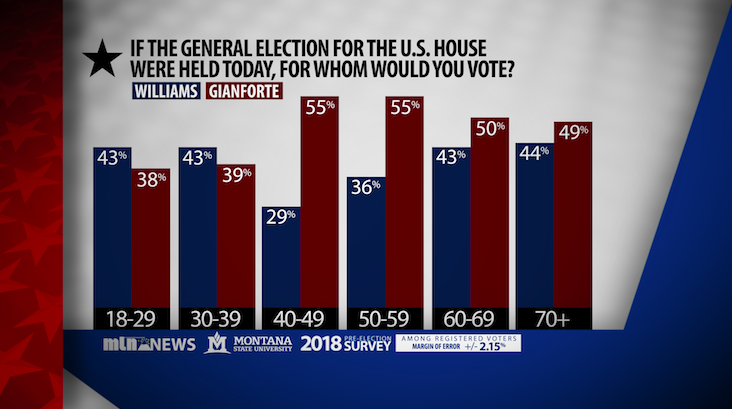 Among voters with a bachelor’s degree, Williams led 54 percent to 37 percent, and among those with an advanced college degree, she led 65 percent to 28 percent. 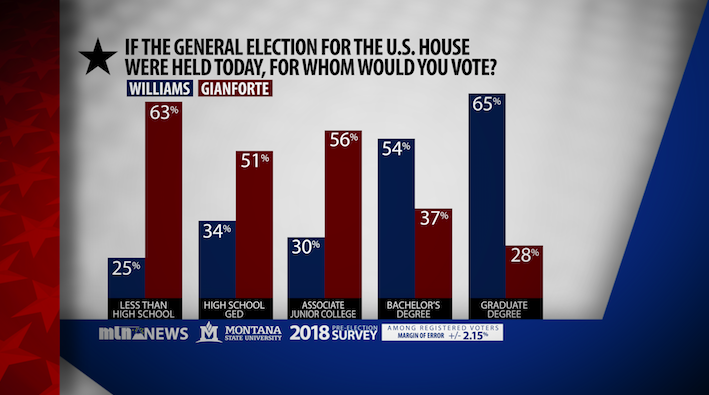 Among self-professed Independents, a sizeable voting bloc in Montana, Williams led 46.6 percent to 34.2 percent – and 11.4 percent of this group said they are undecided. 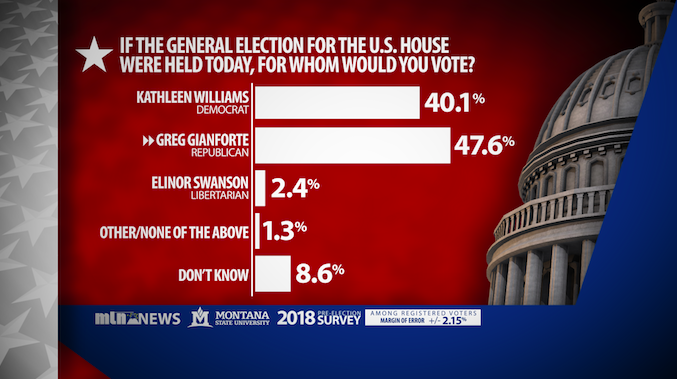 Next: Voter initiatives on the ballot