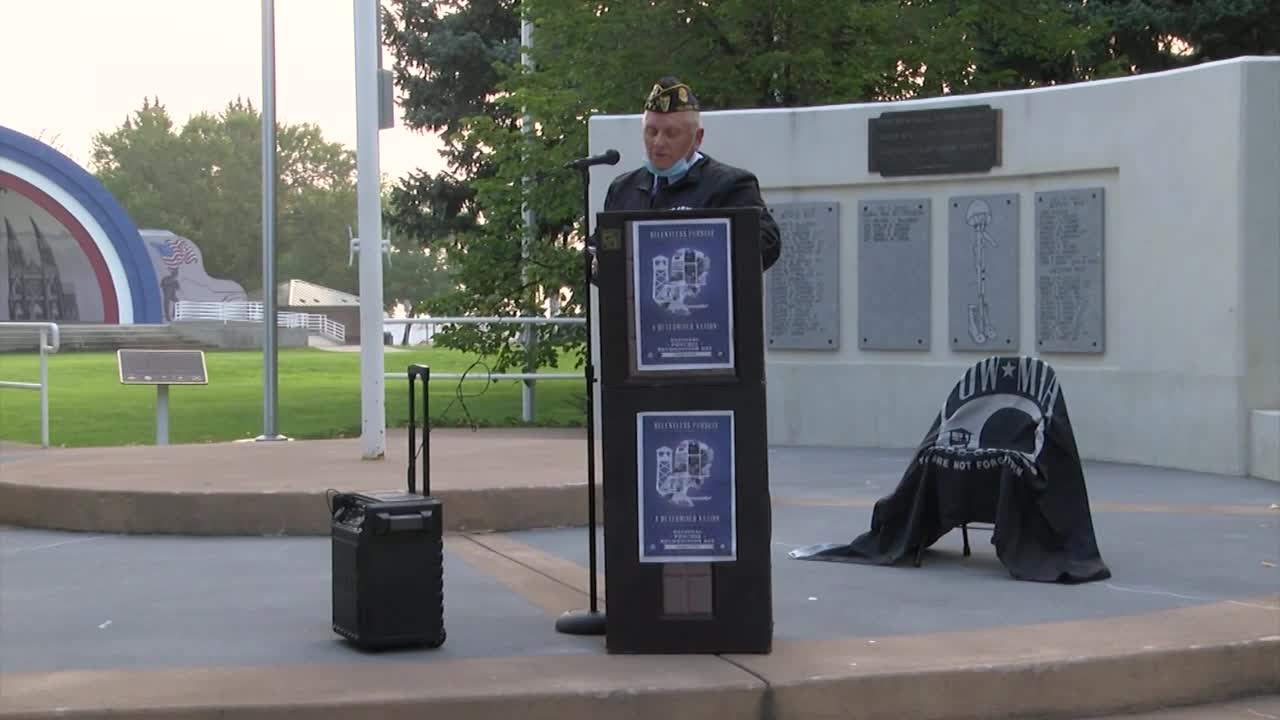 Montanans gathered at Memorial Park in Helena to honor service members who have been listed as prisoners of war (POW) or missing in action (MIA).

Their names were read aloud at the ceremony so that their service and sacrifice would not be forgotten.

For James (Jim) Heffernan, who served with the United States Marine Corps in the Korean War, a day hasn’t gone by that those that didn’t return hasn’t weighed on his mind.

“As a combat veteran with the 1st Marine Division, we lost a lot of men,” said Heffernan. “When we got back, each day we think of the fallen comrades that we had. It does bring tears to our eyes. We just hope they are upstairs guarding the gates.”

There have been increased efforts to locate and return the remains of individuals listed as POW/MIA in recent decades, but the majority of those missing have still not been returned home.

According to the Defense POW/MIA Accounting Agency, almost 82,000 Americans are still missing. More than 41,000 of those have been presumed lost at sea.

Heffernan truly hopes that more resources will go to locating remains, and in turn help the thousands of American families that still don’t have closure.

“It’s difficult for those outside the military ranks to really visualize and understand what this memorial and dedication means for our MIA/POW,” said Heffernan. “We know that our people...they were captured, tortured and we have to bring them back."