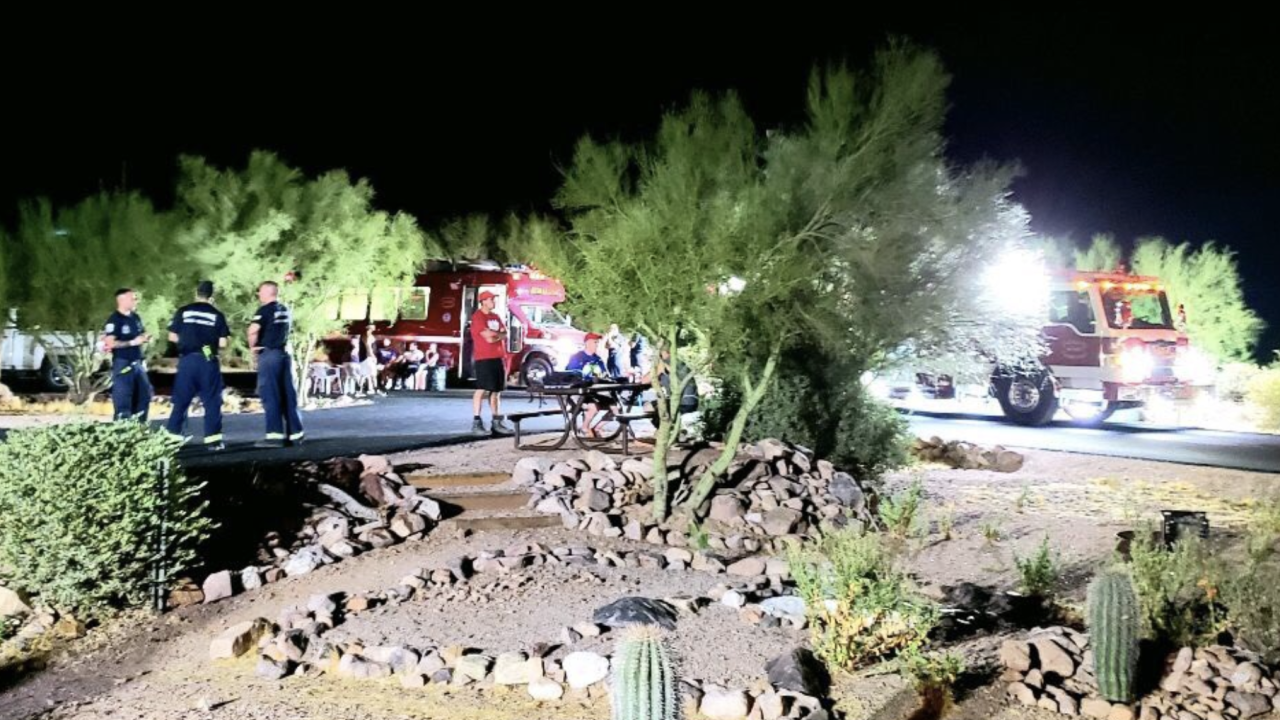 PHOENIX — Dozens of hikers at an Arizona state park had to be helped out of the wilderness area overnight, officials said.

Officials say a group of 44 hikers were assisted out of the park, including several who were overcome with heat, at Lost Dutchman State Park.

Two of the hikers were reportedly evacuated by helicopter.

According to Superstition Fire Medical Department, crews from their department were helped by Pinal County Sheriff’s Office and Arizona Department of Public Safety at the rescue Thursday night.

It's unclear how long the hikers were out before the rescue.

SFMD, PCSO and DPS responded to Lost Dutchman State Park last night to assist a group of forty-four hikers out of the wilderness area of the park. Several of the hikers were overcome with heat. Two of the hikers were evacuated by DPS Ranger Helicopter. pic.twitter.com/kp2Ak9uDyg

This story was originally published on KNXV.