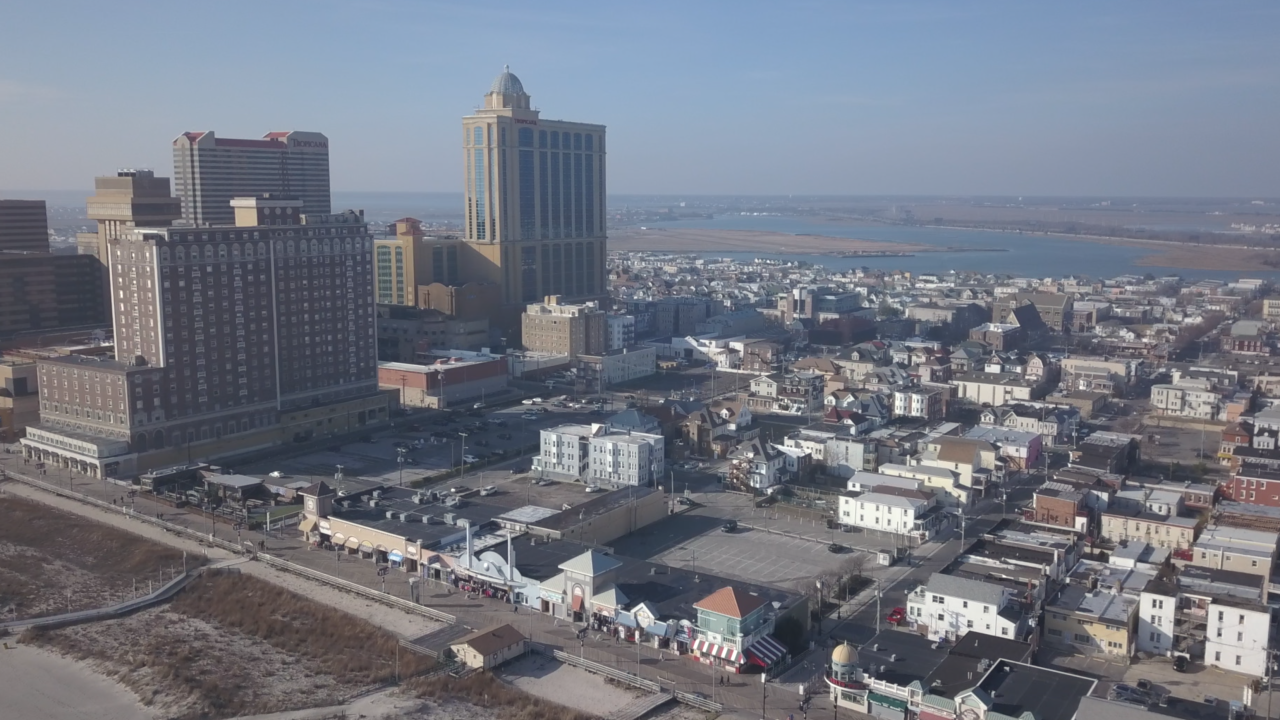 ATLANTIC CITY, N.J. – Since the 1930s, the sound of the world’s largest pipe organ has been a constant inside Atlantic City’s Boardwalk Hall.

It's a city along an ocean, that's been in a sea of change.

“I grew up not so far from this hall. I’ve sort of been working on the boardwalk since I was 6 years old," said Anthony Kutschera.

Kutschera used to own several businesses along the boardwalk.

“I love and hate Atlantic City all at once. It had so much potential," he said.

The Trump Plaza still stands on the boardwalk but its more than two-dozen floors are empty.

But there is a new optimism for casinos in this city, sparked by legal sports betting.

New Jersey won a Supreme Court case in 2018 that cleared the way for states to legalize sports betting if they choose.

Steve Callender is a casino executive and the head of the Casino Association of New Jersey.

Last May, New Jersey became the first to ever beat Nevada when it came to money legally bet on sports.

“It’s safer, it’s more convenient. There are some aspects of the other side that are never going to change but for someone who just wants to make a bet and not worry about it, this is the easiest thing to do," Callender said.

Atlantic City is within a drive of major metropolitan areas like Philadelphia, New York, and Washington D.C.

New ownership came in to reopen two closed casinos in 2018. Moves like that add hope for those like Chamber of Commerce head Michael Chait.

"An enormous amount of buying power and they’re looking for experiences and sports gaming provides this unique setting," Chait said.

Kutschera thinks it'll take more investment than just sports betting and casinos to make Atlantic City thrive the way it did when he was growing up.

He will always have hope people will continue to bet on his town.

"I'd like to think the city will reinvent itself again. It has a number of times," Kutschera said. "There’s a certain resilience about the city.”