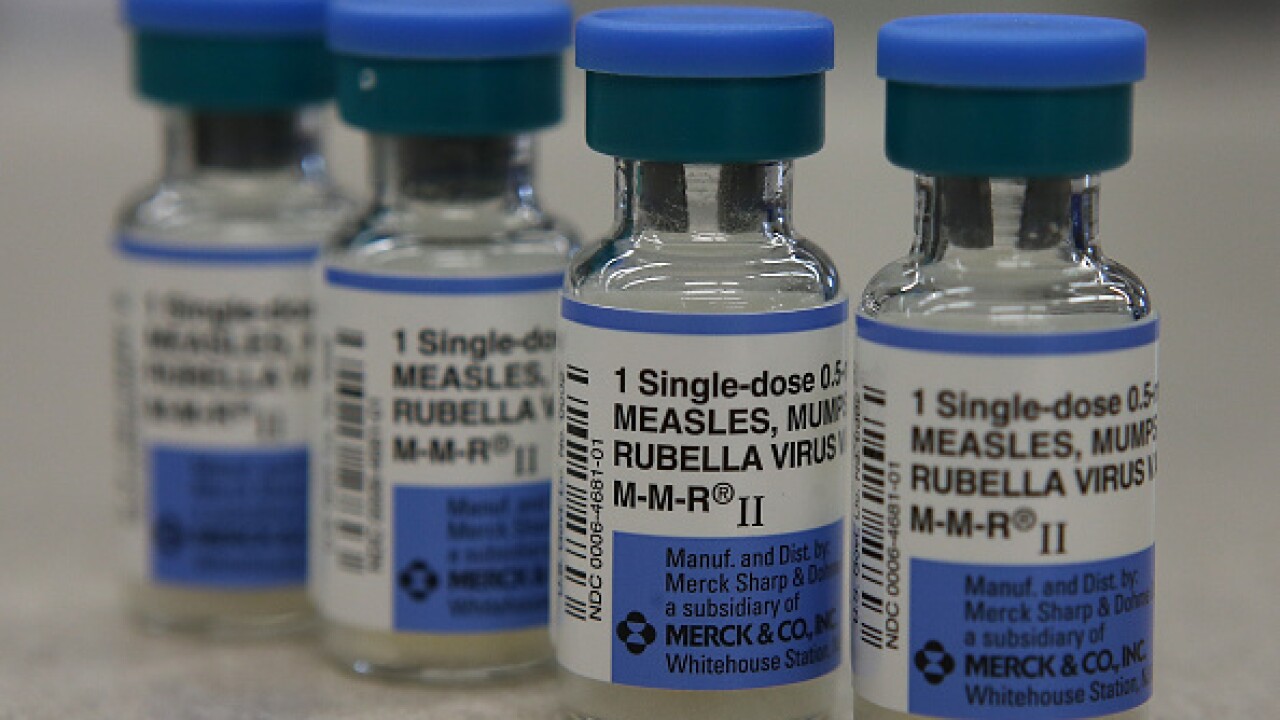 A teenager reportedly ill with measles visited multiple Southern California theme parks this month and may have exposed others to the illness, according to health officials.

(Times listed are still under investigation.)

The teen may have also exposed others at the Desert Palms hotel at 631 W. Katella Ave., Anaheim, during her stay from Aug. 11-15, officials added.

OCHCA officials are working with the locations to identify others who may have had close contact with the teenager.

In a statement to 10News, Disneyland said that they are working closely with OCHCA and have seen no confirmed cases with park cast members.

“We were notified that the tourist visited multiple Southern California locations and have been advised by OC Health Care Agency that the risk to cast and guests is likely low. We maintain rigorous sanitation standards to protect guests and cast, and earlier this year we strengthened our immunization program and educational resources for cast members, in addition to our ongoing efforts," a statement from Pam Hymel, Disney Parks chief medical officer, read.

The park adds that the teen did not stay at any of the park's resort hotels or visit Downtown Disney.

Anyone who believes they may have contracted the disease should contact their doctor's office before visiting directly.

"Measles is a highly contagious and potentially severe disease that causes fever, rash, cough, and red, watery eyes," said Nichole Quick, County Health Officer, said. "It spreads very easily by air and by direct contact with an infected person, and is contagious from approximately four days before the rash appears through four days after the rash appears. We encourage community members to protect themselves and their families by getting vaccinated."

Measles can develop about seven to 21 days after exposure to the disease. Early symptoms include fever, cough, runny nose, and red eyes.

A distinctive red rash also appears one to four days after symptoms appear, starting on the face and head then spreads downward and outward. A person is considered contagious four days before the rash appears.

Complications from measles are more common in children younger than 5 and adults 20 years and older, though the risk is higher with children. Complications include diarrhea, ear infections, and pneumonia. In severe instances, death can occur.

San Diego recently reported its first two cases of measles of the year in an infant that recently visited the Philippines and an individual who came into contact with the infant.

This article was originally written by Mark Saunders with KGTV.