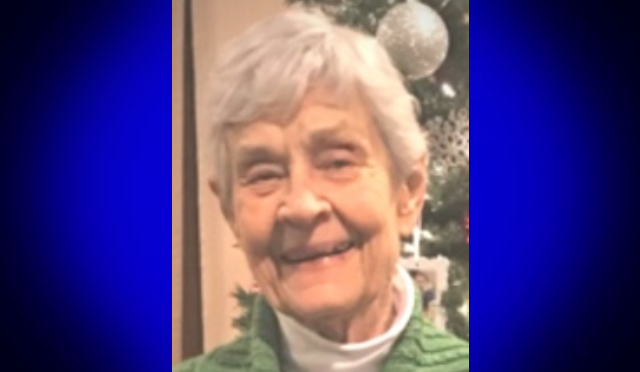 Isabelle Joan “Jody” Folda McInerney passed away peacefully on May 6th after a five-month fight with brain cancer.

May 6th was an important date as it was the 69th Anniversary of her marriage to Leo McInerney who passed away in 1975.

Jody was born at home in Lewistown, Montana on June 7th, 1931 to parents Joe and Edith (Danielson) Folda. She was joined later by siblings Patsy, Bill, and Sharon.

Childhood years were spent around Lewistown until the family moved to Sunny Slope on the Fairfield Bench in 1940. Jody attended schools at Sunny Slope and Fairfield graduating in 1949.

After graduation from high school, she met a local man, Leo McInerney, recently returned from the Navy in the Pacific Theatre. She admired Leo for his devotion to his faith, family, his sense of humor, and his kindness to her. They fell in love and were married on May 6th, 1950 at St. John’s Catholic Church in Fairfield. Their marriage was blessed by six children. Jody was a mother, homemaker and excellent cook and gardener.

As her kids grew older, and after Leo’s death, she worked as a teacher’s aide and secretary in the Fairfield Schools. In 1982 she bought the flower shop and greenhouse in Fairfield.

Jody loved to play cards, dance, travel, and spend winters in Arizona with family. She followed her children and grandchildren’s school activities and sporting events with unmatched enthusiasm and support.