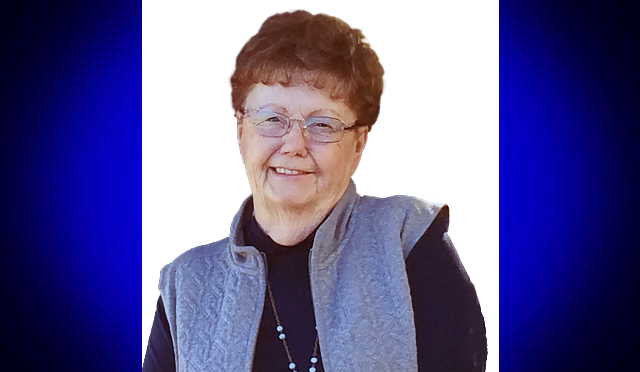 Rosemary “Roxy” Melton Gazzerro, 83, of Great Falls passed away June 5, 2019 at Peace Hospice of natural causes with her husband by her side.

A Public Visitation will be held Monday, June 10, 2019 in the Rose Room Chapel at Croxford Funeral Home with interment to follow at a later date in Fort Harrison National Cemetery.

Rosemary was born on August 19, 1935 in Danvers, MT to Robert Melton and Francis “Dot” Hunter. She lived in Denton for 18 years until graduating high school.

She moved to Great Falls to attend the nursing school at Columbus Hospital. She worked for the Columbus Hospital for three years after which she was unable to continue due to vision problems.

She met the love of her life, John Vencenzo Gazzerro on a blind date. They were brought together by a girlfriend who had been asked out by John.

Six of them went out on a blind date and John pursued Rosemary until she relented. John and Rosemary were married on December 11, 1954 at Saint Anthony’s in Denton, MT.

Rosemary worked at the Midtown Motel for 10 years. The owner of the Imperial Motel across the street came to her one day and asked if she might like to be in the motel business. John and Rosemary owned and operated the Imperial Motel here in Great Falls for 24 years after which she retired.

Rosemary was known for playing practical jokes on customers. One time a Billings’ ball team (friends and frequent customers) came to play against Great Falls. When they won, she iced their pillows and short sheeted their beds. They all laughed.  Customers loved Rosemary.

Rosemary was a good cook, especially Italian dishes. Her potato salad was legendary.  She loved to garden and maintained the massive planter with 45 roses in front of the Imperial Motel which won the Great Falls Beautification Award in 1994.