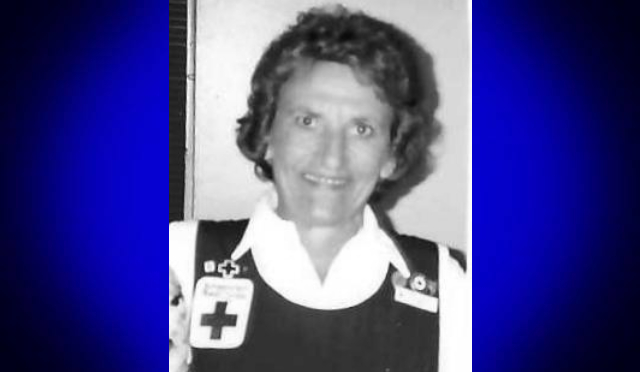 Beverly Lou Johnson was born to Bertha and Millard Johnson in September of 1931, during the great depression and the dust bowl.

As the only girl with three brothers on a dairy farm, Bev quickly became a hardworking ’tom boy’ and prided herself on being able to keep up with the boys, whether that was driving the old pickup to deliver milk or hopping a train and jumping off at Collins. Her fondest memory of childhood was their yearly trip to the mountains camping.

High school was a happy, social time filled with friends, cheerleading, and plays and though girls weren’t allowed to play organized school sports, Bev loved all sports and played shortstop in women’s softball till she was in her 50’s.

Bev, a strong, determined woman with a passion for helping others, chose nursing as her life’s work, attending the Columbus School of Nursing in Great Falls and graduating in 1952. She formed loyal bonds with her nursing schoolmates which she cherished through her life.

As an R.N., her nursing career spanned over 40 years and 3 states, working in Montana, California and Texas. She worked in all departments and loved the ER for its fast pace and challenges. Bev also loved the one on one of private nursing. She worked on the Red Cross Blood Mobile from January 1954 to June 1955, and then again from 1980 to 1994, finishing off her career by traveling the state of Montana, making friends wherever she went. It was said that she never met a stranger.

Bev’s interests were as varied as her many friendships. She loved fishing, hunting, fly tying, shuffleboard, bowling, ceramics, leather tooling, throwing pots on the wheel and telling her many jokes. Dancing and music were always one of her favorite pastimes.

In 1958, Beverly married John B. Loch and they lived and worked on the family farm 6 miles east of Dutton until they moved to Dutton and the Sunshine Trail Lodge in 2006. Bev worked hard on the farm, preferring any outside work to the housewife chores. She went to A.I. school and together she and John raised Simmental/ Herford cattle, pigs, chickens, a huge garden and two girls.

To supplement their income, Bev sold everything from watermelons to bras to water distillers. Bev and John enjoyed their restored convertibles; they toured the state with friends and took in many parades. Bev’s 1960 red Lincoln convertible was a show stopper.