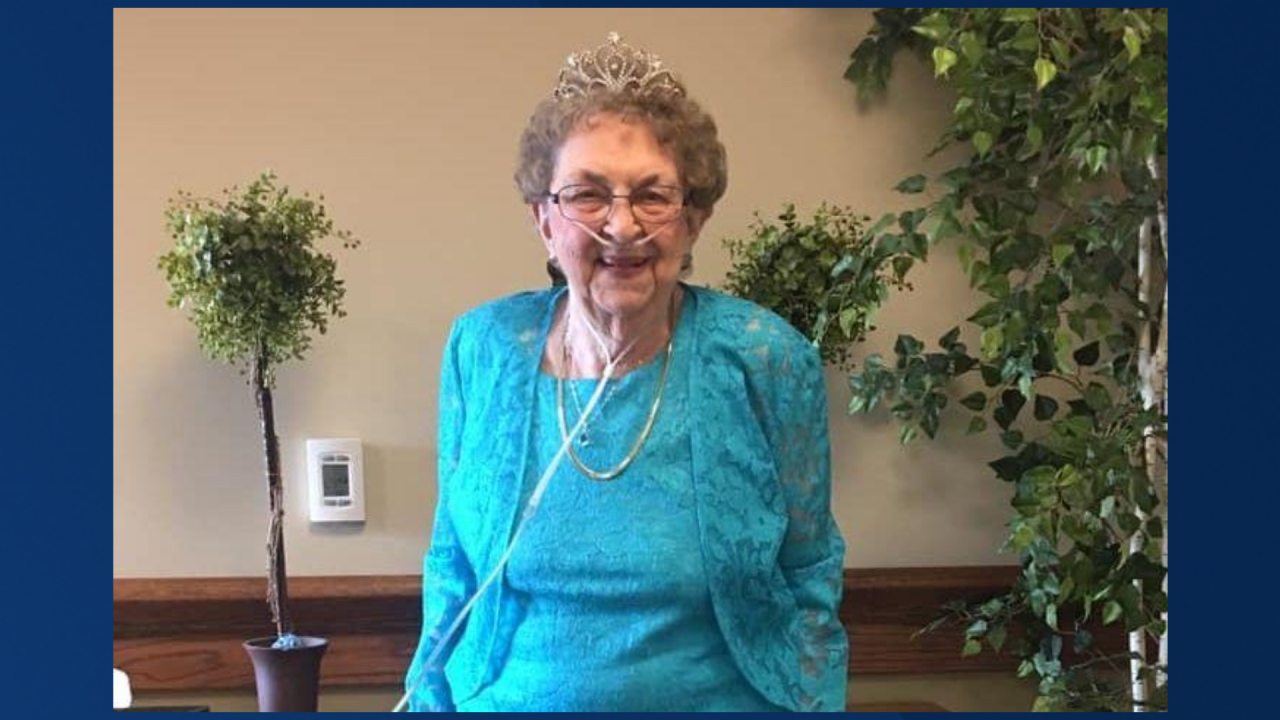 Marian grew up in the Prospect community close to Galata and Ledger, Montana. Her parents were Robert and Myrtle Midge who homesteaded east of Conrad in the early 1900’s. She was the fifth of their six children. Marian attended Shelby High School, and then graduated from Conrad High School in 1947. She and her mother attended Northern Montana College in Havre, seeking their teaching certificates.

Marian was married in 1948 to Oliver Aaberge in the St. Olaf Lutheran Church, built in 1916. They were the only couple married in that church before a new church was built in 1957. Marian worked as the Pondera school clerk while her children were in school there. They lived on the Aaberge homestead east of Conrad until 1960, when Oliver and Marian bought the Teton Valley Ranch, north of Dutton. Marian was busy being a farm and ranch wife, cooking and taking meals to the fields during planting and harvesting, hosting guests for their Registered Angus cattle auctions held at the Ranch.

Music was a significant part of her life. Marian was also a good golfer and archer. She and her family were active in the National and Montana Archery Association. Marian found herself working for the Dutton high school as Secretary and Clerk for the School District from 1971-1975. After retiring, she and Oliver traveled, spending time in Arizona, golfing, and enjoying time with family and friends. After 41 years of marriage, Oliver passed away in 1989.

About a year later, she met and married Bob Rogers. She moved to Washington state, then Arizona, and finally back to Montana in 2013. Marian continued to golf and travel during her time with Bob. Bob passed away in 2017. Marian eventually moved to The Grandview where she resided until her recent cancer diagnosis. Marian loved to make those around her smile and be happy.