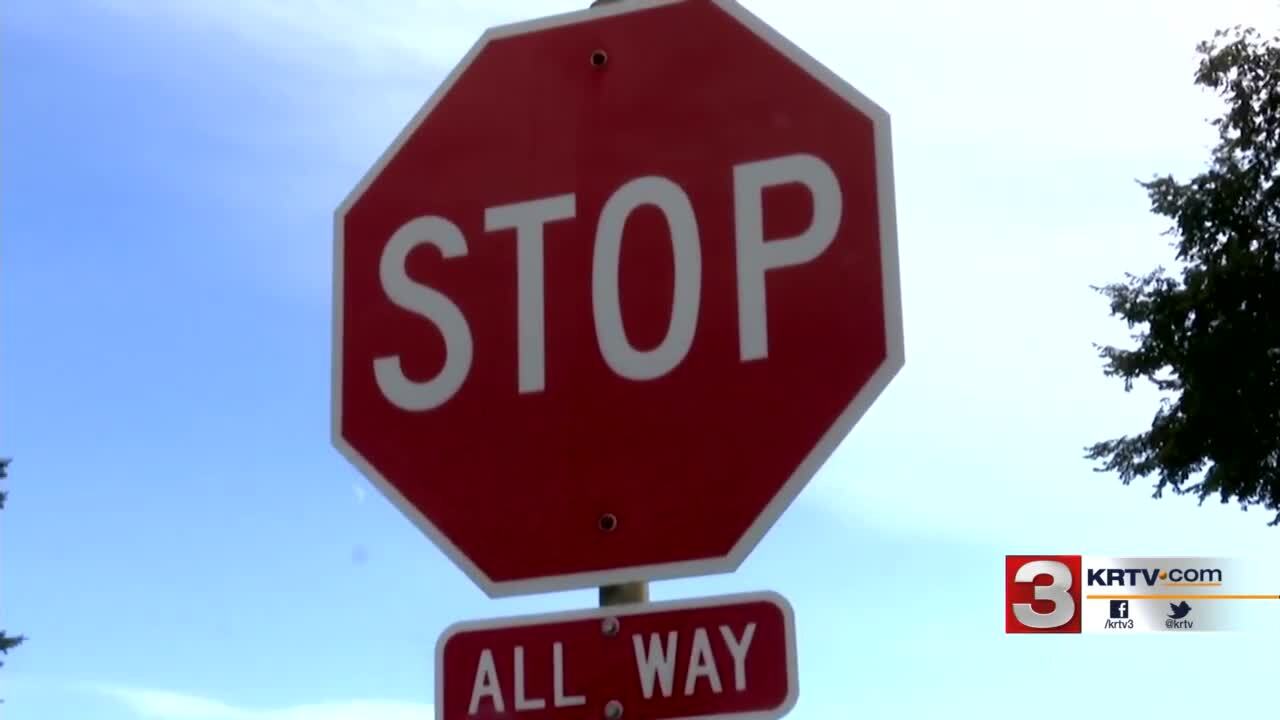 HELENA — The Helena Police Department is cautioning drivers to take stop signs seriously. They say it's the law, and especially important as we head into the winter driving season.

A complete stop at four-way intersections means obeying the law.

Some drivers will do what’s called the “California roll," where the vehicle does not come to a complete stop, which is against the law. Drivers may face tickets and fines.

HPD says that this is something that’s unfortunately common, and is against the laws of the road.

Sergeant Berkley Conrad, a 16-year veteran of HPD told MTN, “A lot of our crashes that take place, happen inside these four-way-intersections...the Helena police department would like to remind motorists that they need to come to a complete stop before entering that controlled intersection.”

Drivers are expected to stop completely, making the speedometer reach zero-miles-per-hour. Drivers need to make sure to look left, right, and left again.

As more winter weather approaches, Helena Police say it’s crucial for drivers to begin braking much earlier than they would during the summer months, due to icy roadways which can hide the white lines painted before stop signs.

Making sure the vehicle's tires are in good condition is imperative, keeping you and your family safe, year-round.

“Let's just say the road is covered in snow, or a lot of the intersections in town don't have stop lines, or marked crosswalks, and in that case,” said Conrad. “You need to pull forward to that point where you can see both left and right and no further. And that's your stop point.”

The Police would also like to kindly reiterate that drivers turning left must yield to oncoming cars going straight, and to never stop and block an intersection for any reason.

“We want drivers to just take their time...and when they are approaching intersections, give themselves enough time to slow down and come to that complete stop and not slide through the intersection or into the back of a vehicle that is stopped at the intersection,” Conrad stated.