Sheriff and Police Chief talk about planned march and rumors 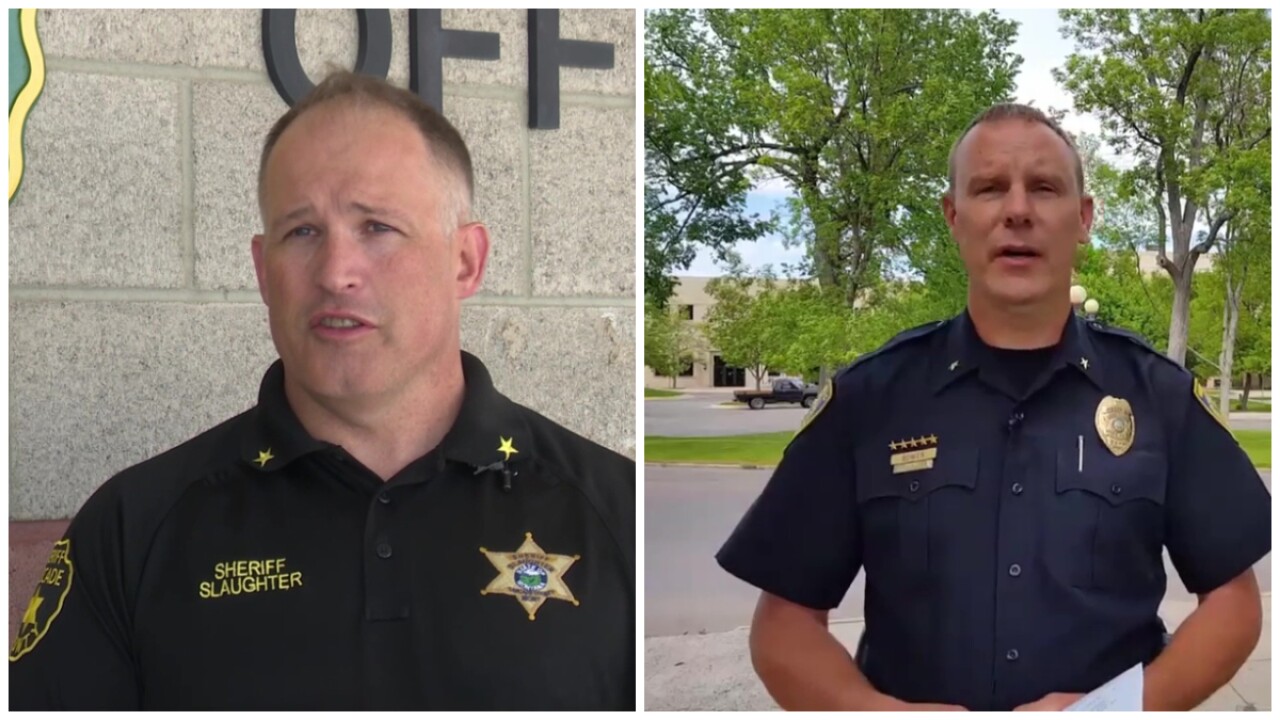 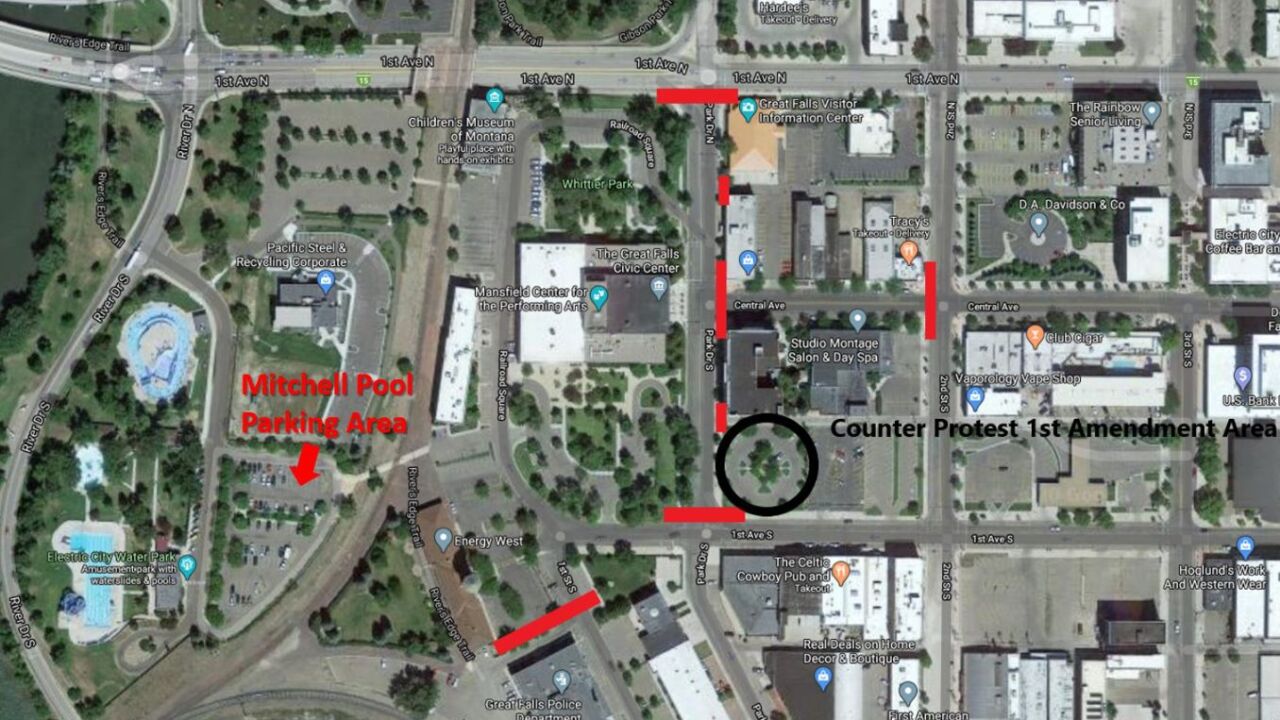 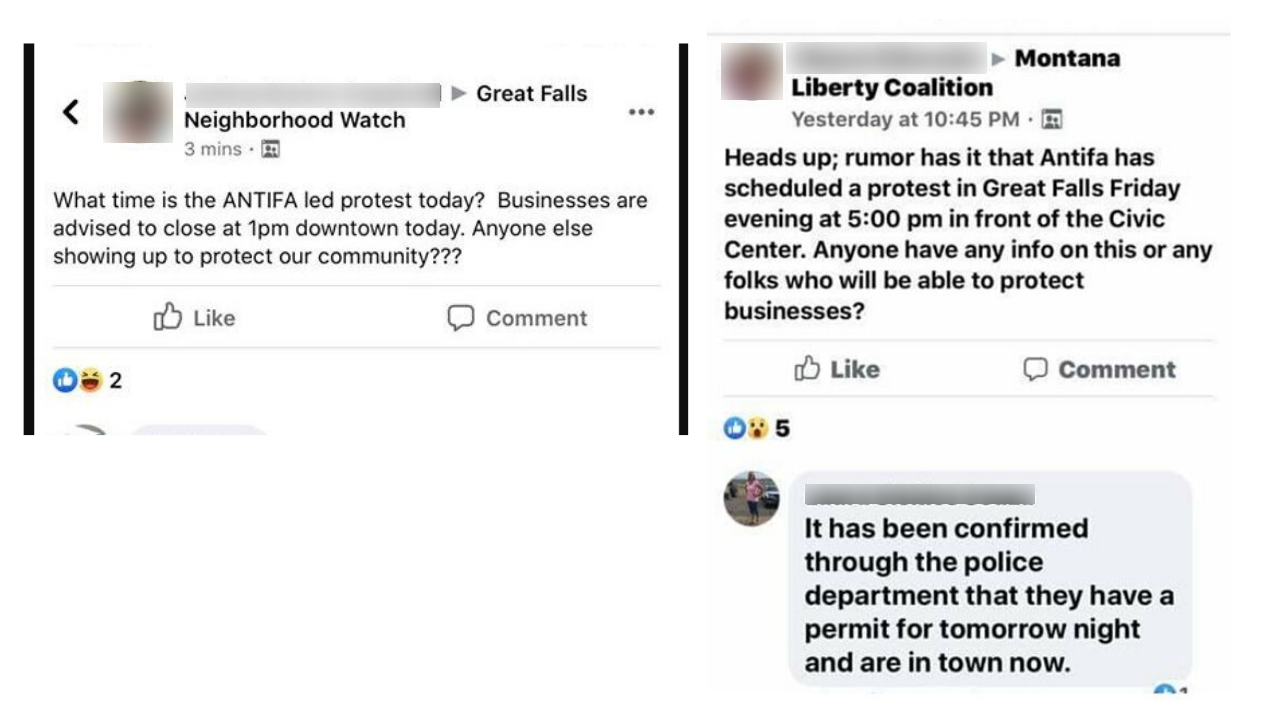 GREAT FALLS — Cascade County Sheriff Jesse Slaughter and Great Falls Police Chief David Bowen talked on Friday about a planned demonstration. The demonstration is scheduled to begin at 5 p.m. in downtown Great Falls. The event is the second organized rally in Great Falls since the death of George Floyd in Minneapolis last week.

Since then, demonstrations have been held across the country, often echoing the themes of “Black Lives Matter” and “No Justice, No Peace” following Floyd's death. Floyd died after police officer Derek Chauvin held a knee to Floyd’s neck for nearly nine minutes, likely causing his death. Chauvin has been charged with homicide, and three other officers have been charged with aiding and abetting a homicide.

The "National Day Of Action For Black Lives" rally in Great Falls will be held on Central Avenue in front of the Civic Center, and is scheduled to run from 5 p.m. to 7 p.m. Organizers say they plan to lead participants from the Civic Center to the federal courthouse. The event page states: "We will obey all relevant laws. This means we will not demonstrate on private property. We will not block traffic or intersections. As always, this will be a peaceful demonstration. We will not engage with anyone that is being threatening or attempting to alter the peaceful nature of this demonstration." A rally last Sunday along the Central Avenue bridge near the federal courthouse attracted scores of people, and it was peaceful, with no arrests or damage.

Sheriff Slaughter said that he appreciates and respects First Amendment rights, and explained that peaceful protesting is welcome. However, he cautioned that anyone who crosses a line into destruction of property or assault may be arrested and could face criminal charges.

Chief Bowen explained the logistics of the demonstration area at and around the Civic Center, noting that the layout is similar to the one used for Farmers Markets.

Both men also addressed rumors that have been circulating on social media about Friday's rally.

Cascade County Sheriff Jesse Slaughter told MTN News on Friday afternoon that at this point, the rumors appear to be exactly that - just rumors.

Great Falls Police Chief David Bowen concurred, saying that there is no credible evidence of any "outside" agents or threats of violence. He also said that although there is no indication that anyone will be violent or try to cause damage, law enforcement officers will be at the scene to deal with any such situation.

One is that members of a loosely-organized group called Antifa will be present at the event, and that they plan to agitate the demonstrators in an attempt to spark violence or rioting. This was posted to a "Montana Liberty Coalition" group on Facebook and said: "Heads up; rumor has it that Antifa has scheduled a protest in Great Falls Friday evening at 5:00 pm in front of the Civic Center." A reply to that post said: "It has been confirmed through the police department that they have a permit for tomorrow (Friday) night and are in town now."

The other is that downtown businesses have been advised to close at 1 p.m. in order to avoid being caught up or targeted in the event of any violence. It was posted on a Facebook neighborhood watch group and said: "What time is the ANTIFA led protest today? Businesses are advised to close at 1pm downtown today. Anyone else showing up to protect our community?" The post was removed a short time later.

We have been in touch with the Cascade County Sheriff's Office, the Great Falls Police Department, and the downtown Business Improvement District, and at this point, there does not appear to be any credibility to either of the rumors, and there is no evidence of any credible threats of violence. The BID said that downtown businesses have not been advised to close early, and have not asked for increased protection.

Rumors of Antifa activists have also been connected to similar demonstrations in Missoula, Whitefish, Billings, and Bozeman, but there has been no credible evidence of any Antifa presence.