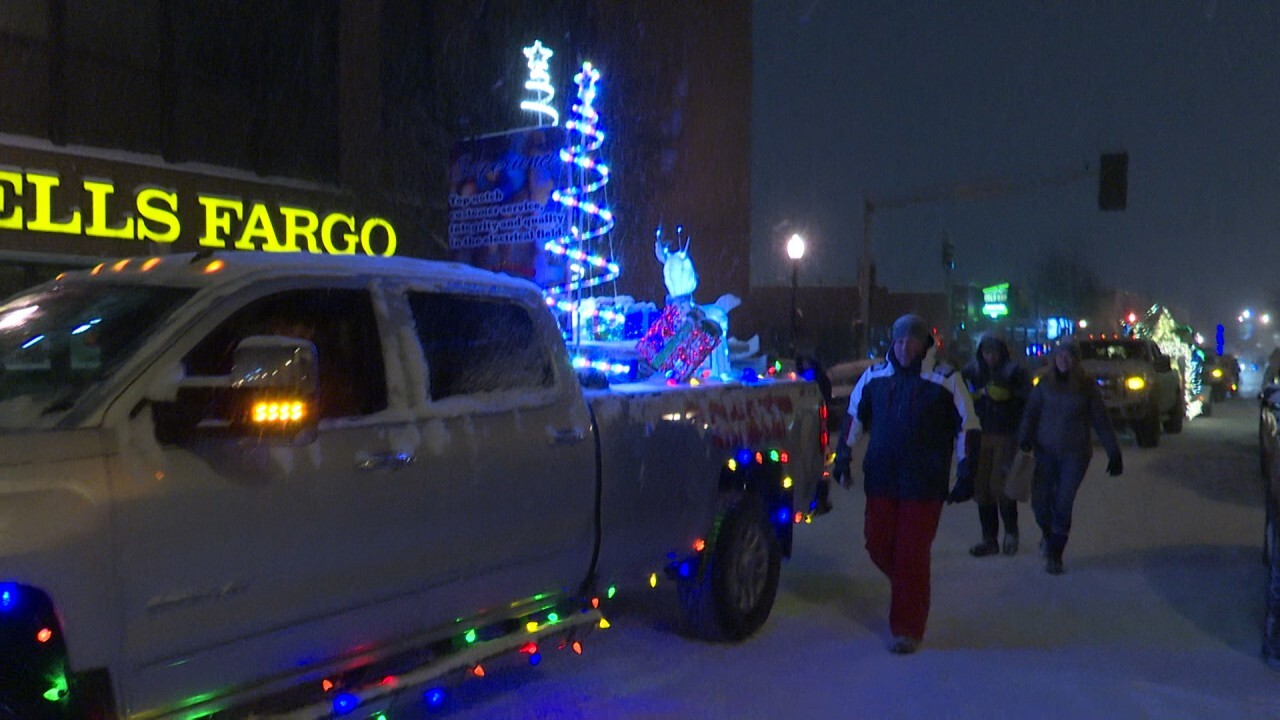 They braved snowy weather to watch the annual Parade of Lights through downtown.

“You know, it’s our Christmas snow, just in time for the parade,” said Karen Davis, a co-owner of D&D RV Center.

She was portraying Mrs. Claus on the business’s North Pole-themed float.

“Yeah, kind of gives it more of that festive spirit right now,” added Hal Goodsell, who works at D&D and played Santa.

The parade has been a highlight of the Christmas season in Helena for more than 20 years.

This year, about 30 floats and other entries made their way down Last Chance Gulch.

The event’s theme was “Hometown Helena, Past, Present and Future.”

There were nods to Montana’s history – such as a rodeo-themed float – along with the classic Christmas imagery.

Of course, there were also several versions of the most popular visitor, Santa Claus.

“I love seeing the kids, their smile and how happy they are when they see Santa Claus,” Goodsell said.

Davis said D&D had been putting floats in the Parade of Lights for years.

“It’s fun to see people come out,” she said. “We like supporting the community and having a little Christmas fun.”

At the conclusion of the parade, city leaders illuminated Helena’s historic fire tower, to cheers from onlookers.

It was the first time since 2015 that the tower was decorated with traditional string lights.

The city hadn’t been placing lights on the structure because of safety concerns after it was damaged by a suspicious fire.

However, this year, they worked with community sponsors to bring in a lift truck to hang the lights.

The lighting made for a bright conclusion to an evening of celebration.

“Merry Christmas, everyone!” Davis said. “Thanks for coming out in the cold weather to support the parade.”

The Parade of Lights is organized each year by Downtown Helena, Inc., and the Helena Business Improvement District.