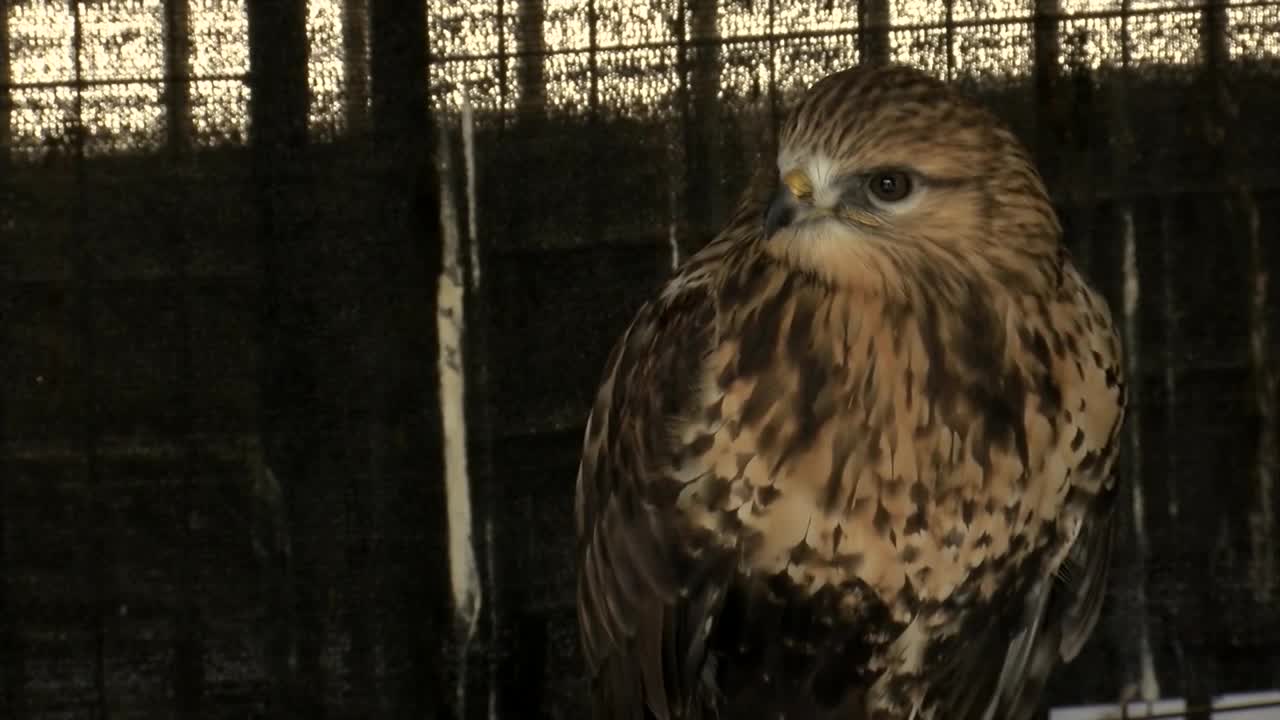 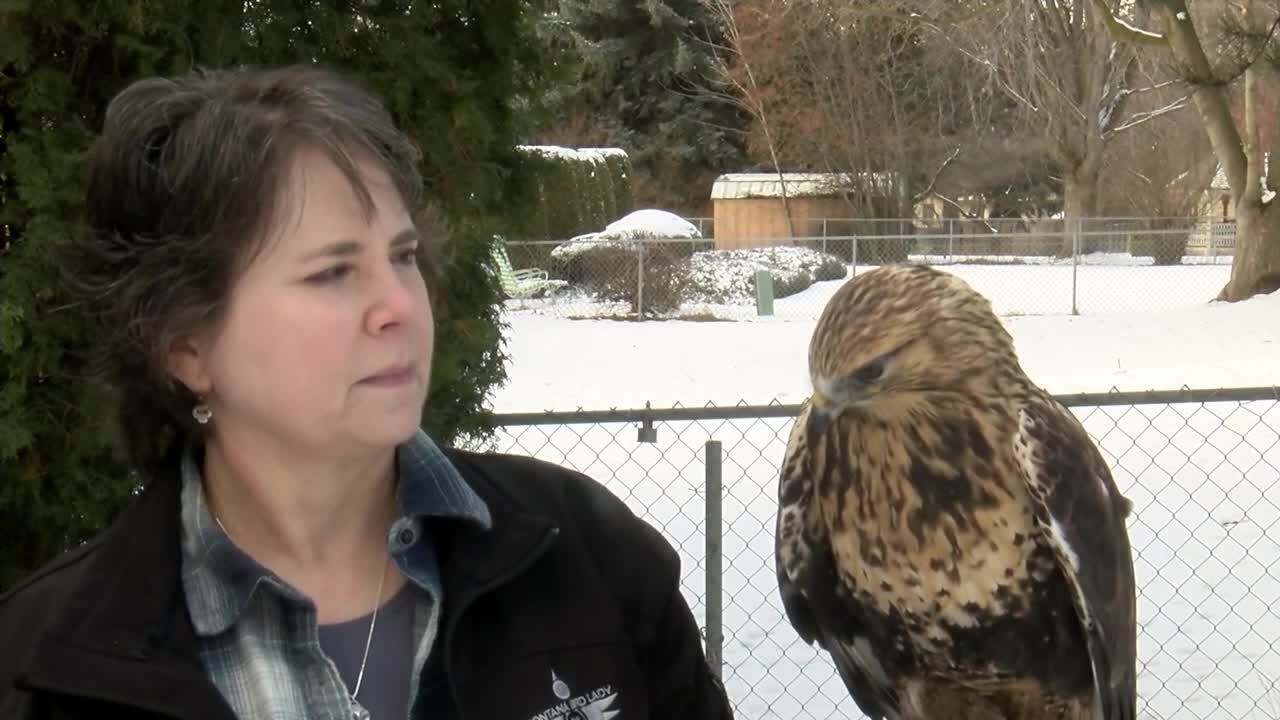 Hawkeye, a rescue hawk missing one eye, spent 6 long nights away from shelter before being rescued and returned safely back to Kari’s home Thursday night.

Rescue efforts started last weekend with dozens of volunteers on the search for the elusive hawk.

Kari said rescue crews caught a break Wednesday night after Hawkeye was spotted high up in a tree across the street from Russell Elementary School.

“So we started there yesterday at 7:30 a.m. and 8 times she flew to different trees so the whole group would have to pack up and go and try and chase her and find out which tree she landed in,” said Gabriel.

Along with volunteers, Kalispell Fire department assisted Thursday night using a rescue ladder to remove Hawkeye safely from the tree. Kari says Hawkeye was hungry and a bit cranky, but relatively healthy for having spent so much time away from home.

“When I got her down I settled her down, put her in a dark enclosure where she could spend the night and gave her a full meal which she ate and she seems much better today,” said Gabriel.

Kari says she was overwhelmed with all the support from the Kalispell community. She’s thankful for the dozens of volunteers spending countless hours out in the snow and cold to help bring Hawkeye home.

“It kind of hit me last night when I got home and everything was vibrating and I was kind of numb at that point, I was extremely overwhelmed with all the people, ” said Gabriel.