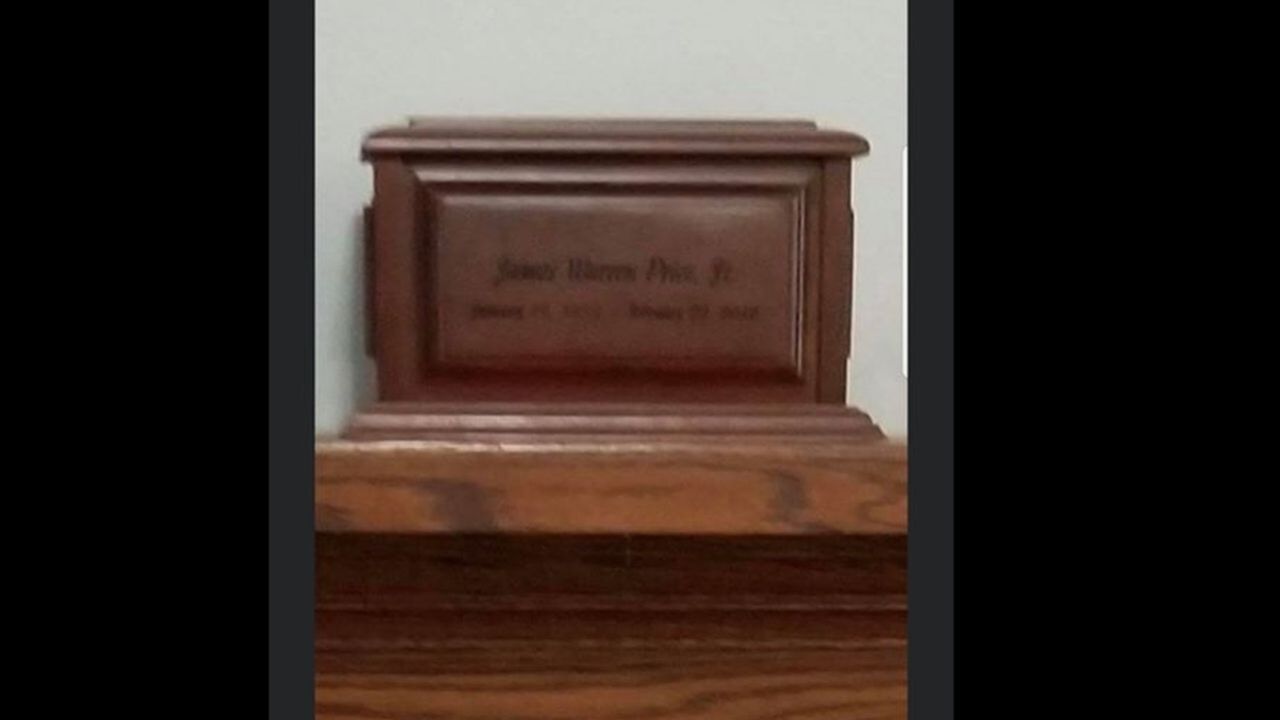 GREAT FALLS — The Great Falls Police Department is investigating after a vehicle was broken into and several items were stolen - including the urn and ashes of a man.

A woman sent the following message to KRTV on Wednesday morning: "Traveling through and my car was broken. My father’s urn was stolen from the truck. I’m trying to get the word out and hope that someone comes forward."

The vehicle is a Dodge Ram, and it happened at the Holiday Inn casino. The family was passing through Great Falls headed to Alaska.

On Thursday, the GFPD posted on Facebook about the theft: "As a traveler was lodging overnight in Great Falls their vehicle was broken in to and several items were removed. Most importantly, the urn and ashes of the traveler 's father-in-law."

The GFPD noted that the cremains are obviously irreplaceable, and the crime has compounded the family's grief.

If you have any information about the crime or the location of the urn, you are asked to call the GFPD 727-7688 (extension #5), or send a private message to the GFPD Facebook page. Tipsters may remain anonymous.

No other details have been released at this point; we will update you if we get more information.

(UPDATE, 1:41 p.m.) The Great Falls Police Department says that the stolen urn has been found, and returned to its owner.

The GFPD posted this update: UPDATE - FOUND! CSO Fraser is happy to report he was just sent to recover a found item and it is the missing urn. It was located outside an apartment complex near the heart of Great Falls. Fraser immediately contacted the owner and returned the urn. The owner was overcome with relief. Thank you to everyone who helped get the word out, we are confident it is because of this post that the urn was returned safely and can complete its journey.

No other details have been released at this point; we will update you if we get more information.