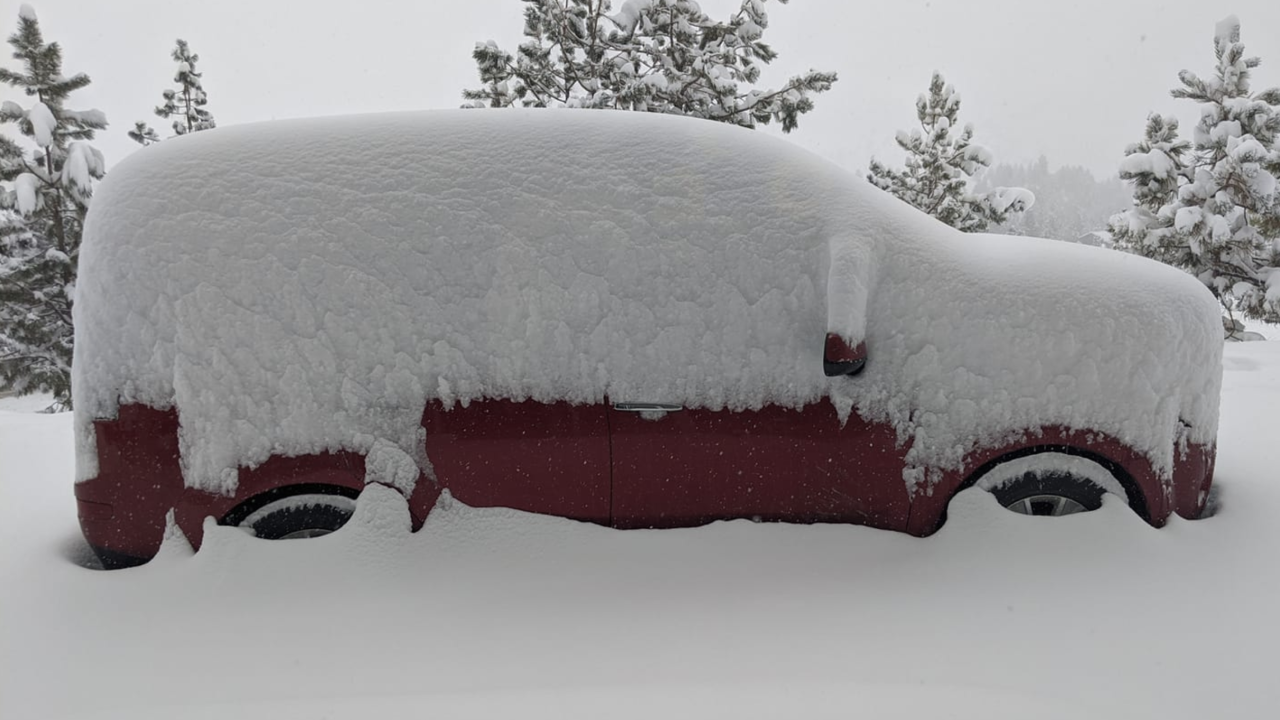 The National Weather Service (NWS) reported 10.5 inches had fallen in Great Falls since Friday. In the past nine days, Great Falls has received 27.7 inches of snowfall, making this October the snowiest on record.

The storm system moving through the area originated over the northeastern Pacific Ocean. Conditions are being worsened by a surge of cold, arctic air from the north. A Winter Storm Warning is in effect through Saturday night for central Montana. Wind gusts between 30 and 40 miles per hour are expected in the region, and 9 to 14 inches of snow could fall in mountain passes. A Blizzard Warning is in effect for the Rocky Mountain Front and parts of Interstate 15.

The winter weather has caused roads to become slippery across central and north-central Montana. Whiteouts are making it hard to see, and the Montana Department of Transportation reported several highway accidents Friday night and Saturday. Be careful if you're traveling.

Early Friday morning, Havre broke a 139-year-old record for the coldest temperature on that specific day, after dropping to 3 degrees. The previous record was set on October 23, 1881, at 8 degrees.

The snow should let up Saturday afternoon, but blowing and drifting snow will make traveling dangerous. Wind chill could drop as low as 15 degrees Saturday night, so bundle up — those temperatures can cause frostbite in as little as 30 minutes.