NOAA outlook for December through February 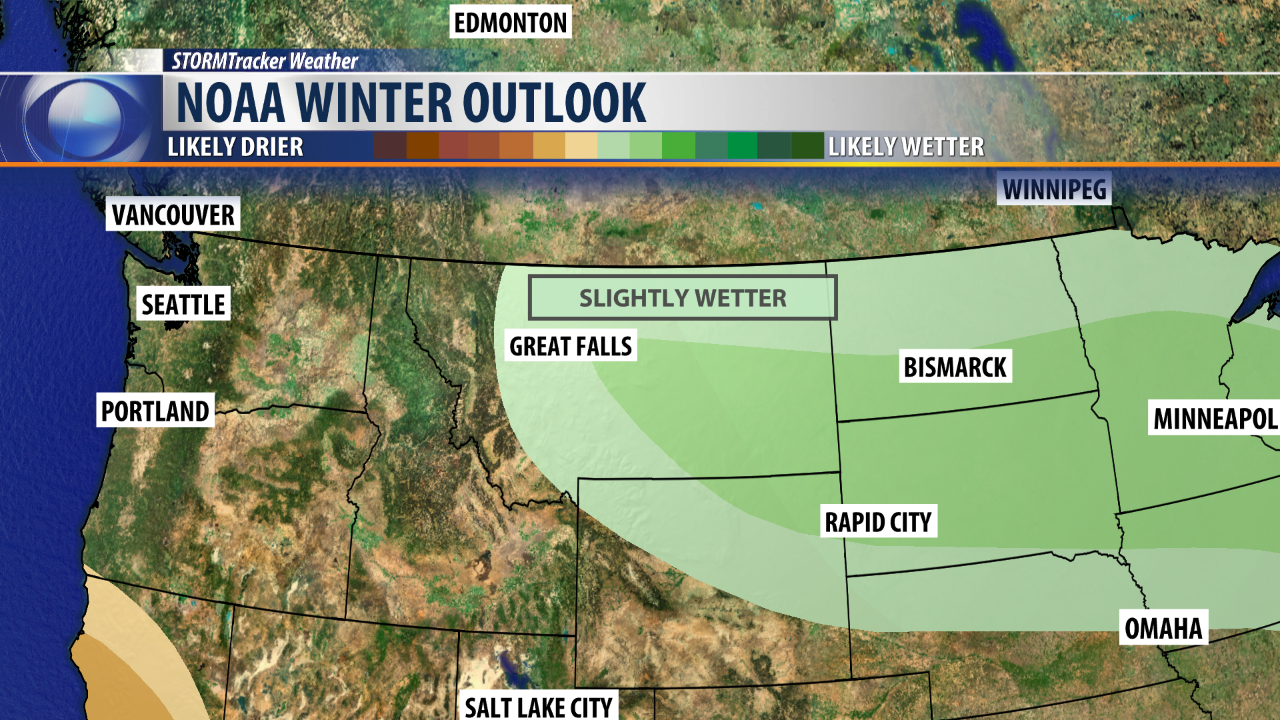 It does not mean that we'll be in for a particularly easy or harsh winter.

One of the main drivers for long range forecasting is ENSO, or the El Nino Southern Oscillation, better known as just El Nino.

El Nino is warmer than average sea surface temperatures in the Eastern Pacific off the coast of South America.

La Nina is cooler than average sea surface temperatures in the same location.

Currently, we are in the neutral phase of ENSO, and we're expected to remain there through the winter.

In other words we don't expect water temperatures to be much cooler or much warmer than normal.

In ENSO Netural years, the Polar Jet Stream, which separates warm air from cold air, most often lies just to our east in the winter.

This keep the coldest air in the Midwest and Northeast.

Generally the highest precipitation areas are near where the jet stream is set up, stretching from Montana all the way to the east coast.

so, NOAA's winter outlook falls well in line with what we normally expect in an ENSO neutral year.

Looking back at previous ENSO neutral winters, we do see a general trend of warmer, wetter weather, however there have definitely been exceptions to the rule, like the winter of 1996-97, which was very cold, and the winter of 2003-2004 which was fairly dry.