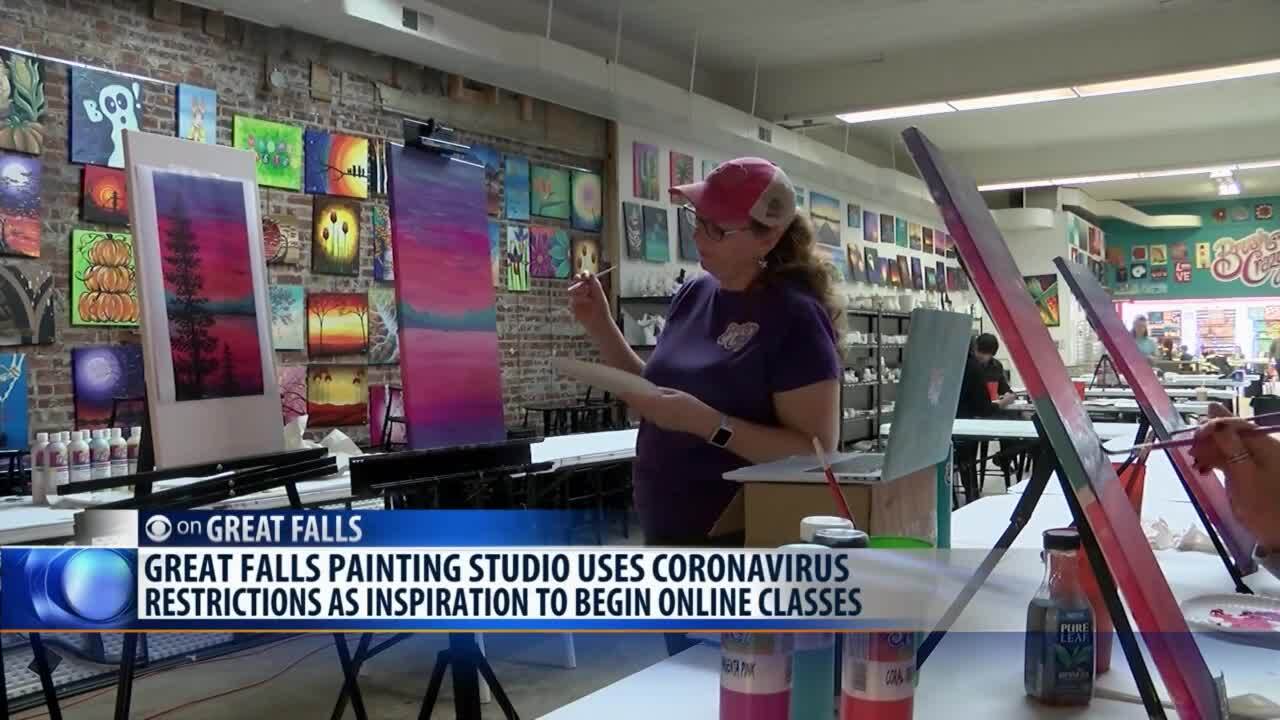 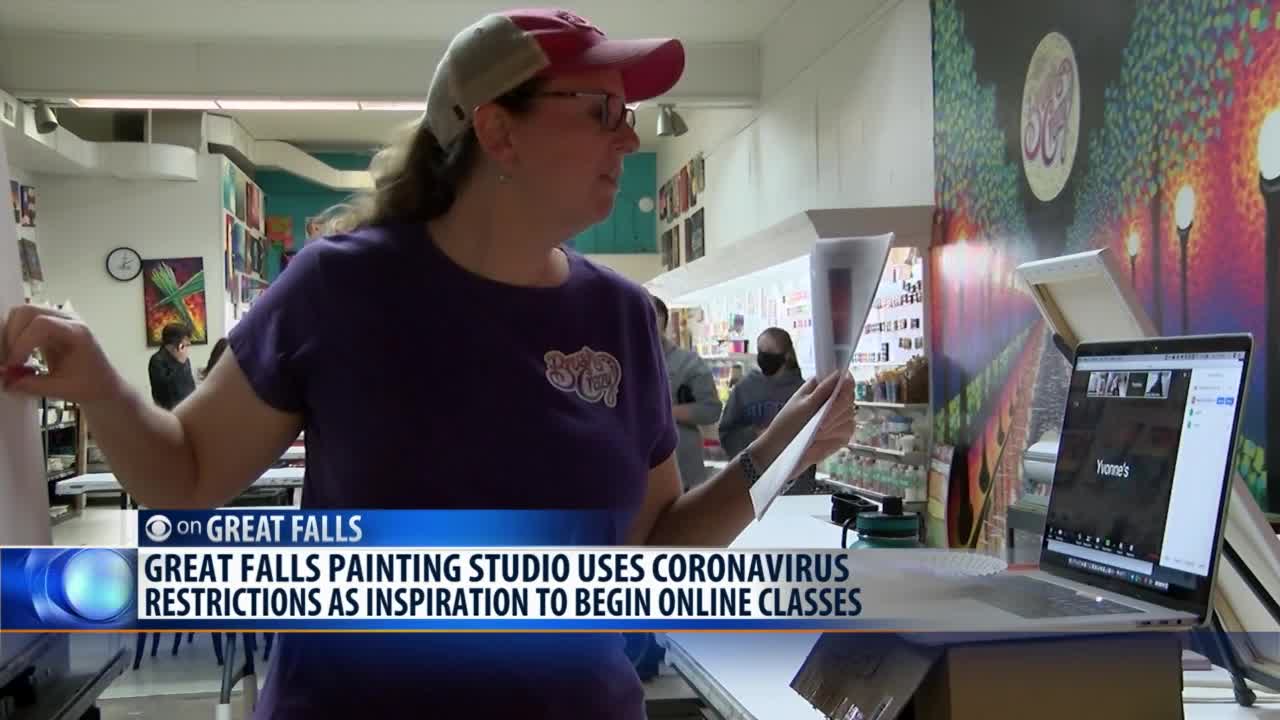 They were more of a thought that had been pushed aside a time or two for reasons unbeknownst to anyone outside of the Brush Crazy art studio in Great Falls. This time, however, it was finally going to happen.

“It honestly has been super, super tough, but what it’s also opened up, on the positive side, is our virtual classes,” explained Marsh, one of Brush Crazy’s co-founders. “With virtual classes, we can do a Zoom meeting or Google Hangouts or whatever we want to use for our platform, and customers will have a link to join us, and then we’ll teach the class through that process. That’s been popular as well. So, we’ll keep doing that.”

Before the virtual classes started, Marsh and her employees experimented with several other options to keep the business running during the pandemic. The first idea was “To-Gogh” art kits, aptly named after one of the most well-known painters of all time, Vincent Van Gogh. The problem that arose with these kits, however, was getting them to customers. At first, people could come in and pick up the kits and bring them home, but then they were told by health officials that they had to switch to curbside pickup only. Before too long, even curbside pickup went the same way.

Marsh says she was told that they would be allowed to ship the kits to people, but how to do that was left up to them. They ended up partnering with BlackedOut 406 Taxi. The taxi service picked up the kits from the store and brought them to customers’ houses, and that worked well enough for everybody. Despite that, it wasn’t quite what Marsh had hoped it would be.

“We wish it was even more popular, so it was still slow,” she said. “The whole thing has really hurt our business in all locations. Columbus is taking it the hardest, they can’t even open again until the 14th of this month, so they’re really struggling. Colorado Springs, same time of thing. We were allowed to deliver, so we did that for over a month, and now that we’re slowly opening back up, people are slowly starting to come back in.”

Brush Crazy also has locations in Columbus, Ohio and Colorado Springs, Colorado. That’s where the online classes play a big role. Customers from all three stores can join the virtual lessons, which are not only more widely accessible than in-person lessons, but they also decrease the strain put on the studio’s finances. Marsh explained that, instead of having three artists each teaching the same class in different locations, that class can now be consolidated into one, in-person/virtual class; in-person for anyone in the same city where the lesson is taking place, and virtual for everyone else.

As for the store’s operations, things are getting back to normal….slowly.

“Right now, we’re open normal hours, but we are asking people to reserve their spot online,” said Marsh. “That helps us with staffing because if nobody comes for our 6-8 session, we can close and I don’t have to pay someone with nobody here. It’s a whole new thing that nobody is used to doing, they’re used to being able to walk in and paint anytime, now we’re saying ‘you can still do that with your reservation.”

To help with both staffing and controlling the amount of people in the studio at once (for health and social distancing reasons), Brush Crazy is asking anyone wanting to come in for a painting class to reserve a spot by clicking here to visit the website.