Civic Center in Great Falls will soon be getting a facelift 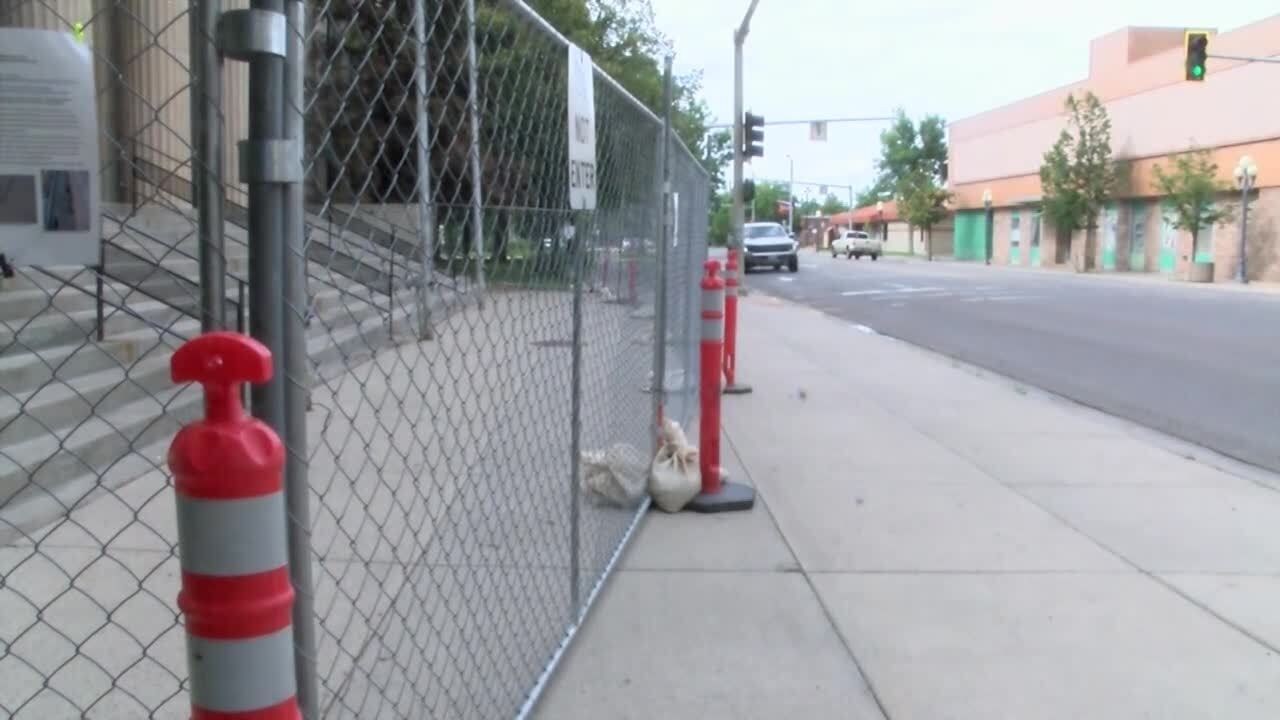 GREAT FALLS — The Civic Center in downtown Great Falls will soon be getting a facelift. Although an exact timeline for the construction is still uncertain due to the COVID-19 pandemic, studies have been completed and funding discussions are currently underway. That could pave the way for a relatively quick process, once a decision on funding is made.

“We’ve known that there’s been an issue for a long time, it’s been difficult to find the funding, I think the Commission has looked at a variety of different ways. One of the options is to use Tax Increment Financing funding for that,” explained Great Falls City Manager Greg Doyon.“The other method is we would have to go to the voters and they would have to approve a bond to do the repairs and it’s probably somewhere between five and a half to six million dollars to do the facade fix and the roof, because the roof needs to be done as well. So, we’ll combine those two projects. There really hasn’t been much of an appetite to ask the voters to contribute more in light of asks from other governmental entities and the park maintenance district, but on the other hand, when you have things like this happening, we have to take care of it.”

The barriers that currently shield the front doors of the building to the public were put up after a piece of concrete fell off the building on the opposite side. While the concrete chunk landed on the roof of the Convention Center, city officials took that as a wakeup call and turned it into an opportunity to evaluate the overall health of the building.

According to Doyon, previous architectural studies done on the Civic Center show that the East Side is just as bad if not a little worse, than the West Side. He went on to say that with chunks of that size coming off the building, it’s time to make sure that the public is safe.

“Not as long as I’ve been here,” Doyon said with a laugh when asked when the last time the building had undergone exterior construction was. “I mean there’s been a lot of interior type of stuff in the 12 years that I’ve been here, but on the exterior side of it, we’ve always known that there’s been some cracking.”

With studies completed, City Commissioners must decide on how to fund the project before it can move forward. After that is done, the bidding and contracting process, as well as the actual construction itself are not expected to take all that long, it’s just a matter of when those things can happen. With COVID-19 still impacting business operations and limiting who can access some buildings, it may turn into a waiting game before the official repair plan can be finalized.

Civic Center in Great Falls will soon be getting a facelift
Copyright 2020 Scripps Media, Inc. All rights reserved. This material may not be published, broadcast, rewritten, or redistributed.