The proposal will allow for construction on the trail 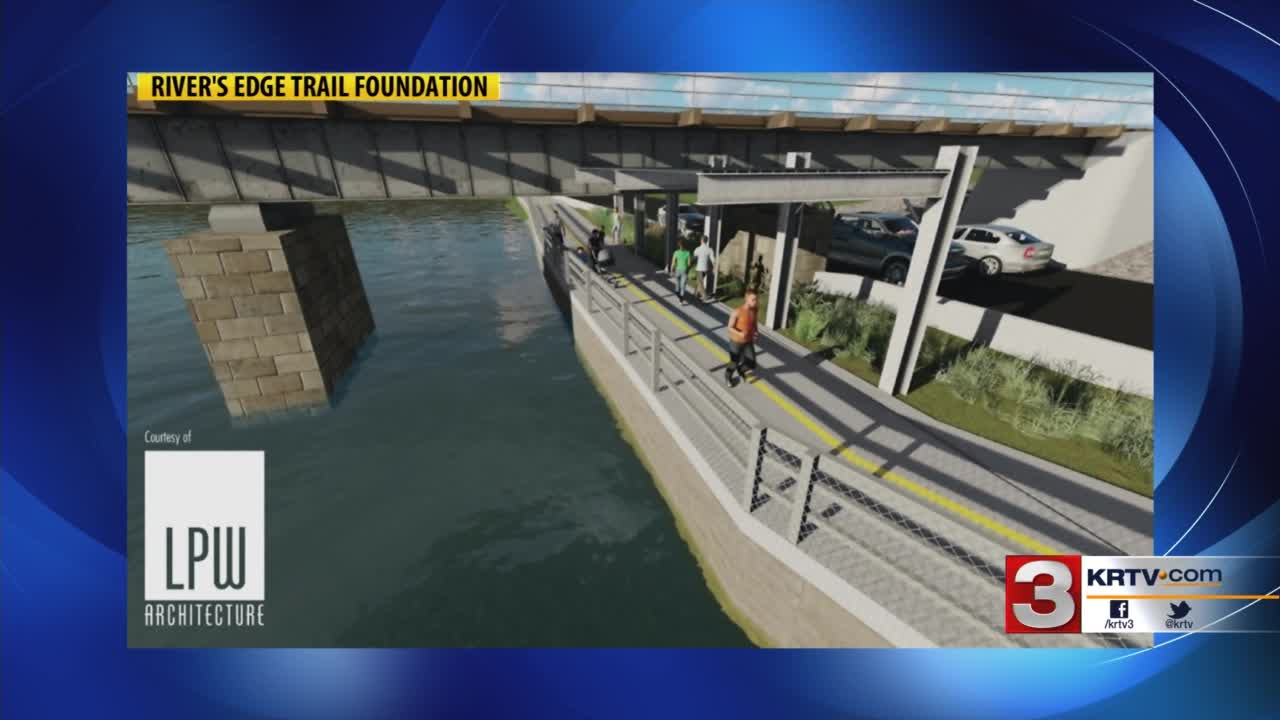 GREAT FALLS — On Tuesday evening, the Great Falls City Commission unanimously voted to approve a proposal from the River’s Edge Trail Foundation and the Montana Department of Transportation.

The proposal will allow for construction on the trail to make it easier for pedestrians to walk along the river to restaurants and businesses, while minimizing the amount of times they must cross busy roads.

Bruce Pollington, president of the River’s Edge Trail Foundation, presented three major points in favor of the proposal from his organization, including the fact that there won’t need to be any road closures during the construction.

“First of all, safety. It will eliminate three grade rail crossings and make it much simpler to get through there,” Pollington said. “The other benefit is that they’ll be able to hold events on the trail through there, running events, that sort of thing, which otherwise were impossible because it would have to shut down roadways. And thirdly, it’ll be done with very little local tax dollars.”

City commissioners Owen Johnson and Bill Bronson had positive things to say about the project. Johnson said that it was the result of “a lot of hard work by a lot of people.” Bronson commended Pollington and noted that the trail has already received much praise from people both inside and outside of the Great Falls community. He also added that this construction will only make things better for residents.

Now that the proposal has been approved, it could take a number of years to be completed. First it must enter the city’s queue of projects that have already been approved and are awaiting funding allocation or a set start date.

One advantage that this project has it that the money is already accounted for, thanks to money from the Parks & Recreation department, a CMAQ grant, and money raised and contributed by the River’s Edge Trail Foundation.