Western Art Week is still a go, despite CMR Museum event being postponed 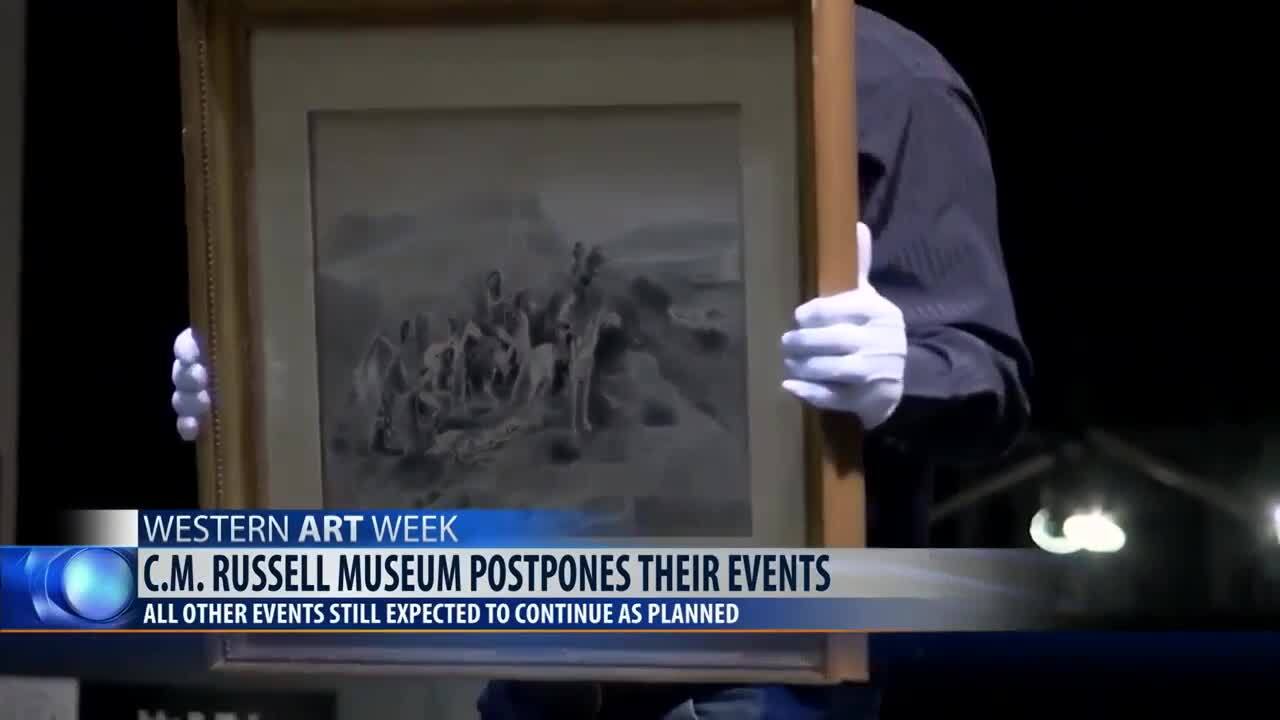 GREAT FALLS — The C.M. Russell Museum’s decision to postpone all of their Western Art Week events until a later date has sent a wave of confusion around Great Falls. Here are the facts: According to Museum Director Thomas Figarelle, the events are expected to be rescheduled for some time in 2020. The exact time is still to be determined, but Figarelle said that they have their eye on Summer 2020 as a possibility. Also, as of right now there are no plans to cancel any other Western Art Week Events.

While Western Art Week is promoted by the city and Visit Great Falls, the events, venues, times, artists, etc. are all planned by the event organizers themselves, like John Godwin and Chuck Fulcher, who had this to say about the status of their events:

“No, no, we’re not going to change anything,” said Fulcher, the Show Director for the Great Western Living and Design Show. “Our show is still going to be scheduled to plan all of our events. We totally respect where they (the Russell Museum) are coming from. They bring in people from all over and ours are mostly localized people who come in to see us regionally, who want to see our products that we have.”

“Oh, absolutely not,” echoed Godwin, the Executive Director for the Out West Art Show. “There’s actually, for Western Art Weekend, there’s 15 shows that happen in Great Falls, last year there were, and so this year, about the same, and the only one that's not happening are the Russell. We certainly miss them (the Russell events), they’re a huge component, but all the other 14 shows are full speed ahead.”

For Godwin, Fulcher and the many other event organizers, directors and artists, the events of Western Art Week (March 18-22) will be the culmination of months of hard work and preparation.

The work has been almost nonstop since around the time last year’s events concluded. “For me personally, I have been working nonstop for...months, probably four months, on just this alone,” said Great Falls artist Sarah Boston, whose artwork will make its art show debut during Western Art Week. “I did have a lot of stuff going on around Christmas for commissions, so I kind of put stuff on pause for a few weeks, but other than that it’s 16 hour days, just making sure that everything, every little detail gets done, then of course there’s framing and all the other stuff we have to go through as well.”

Once again, Godwin echoed that sentiment. “This is a year round project. This is not like we fired up two weeks ago, it’s year round that we work on this and our artists prepared for it,” he explained. “Some of our artists, this can be half their income for the entire year, and so it’s critical to support that community and we’ll continue to all work together to make it a beneficial event for Great Falls. The community, every restaurant in town, every hotel in town, it’s just critical that this be a success.”

Godwin says that there is also a misconception that the events and organizations that put on their best displays for Western Art Week are competitors. On the contrary, it’s quite the opposite. Success is not measured by how many more or less people each event has than the other events, instead the measuring stick is how well Great Falls as a city and as a community does during the week. The cancellation of the Russell events is disappointing to Godwin and other event organizers for two main reasons. First, those events undoubtedly bring in a large number of people from out of town and out of state, who are then likely to visit the other exhibits and shows that are going on. Secondly, their success is mutual.

“We all need to be successful and we all want the Russell to be very successful. In our show, we probably have 40 artists that have worked in the auction, so it’s critical to our artists that that show be successful,” Godwin explained. “We have a common goal, it’s unfortunate things turned out as they did and we’re not out here at the same time.”

For a full schedule of the events and where they take place, check out the Visit Great Falls website.