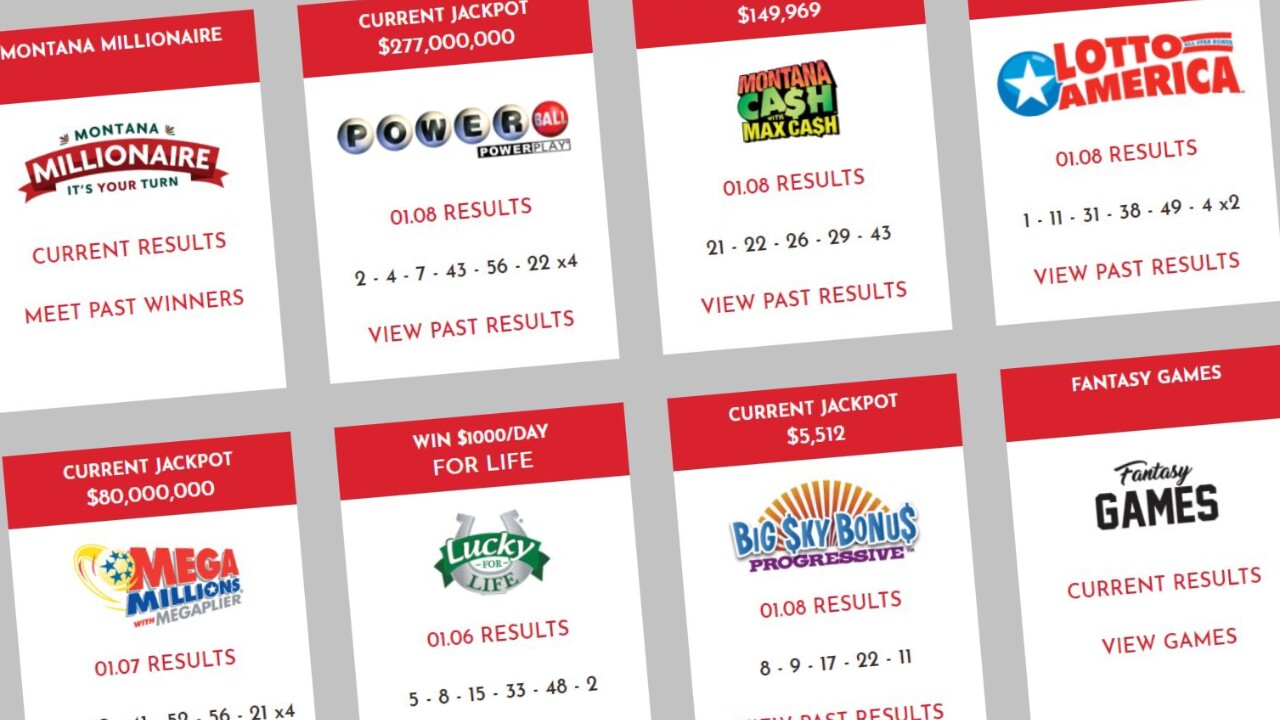 GREAT FALLS — The Montana Lottery said on Thursday that it has awarded $158,804 in prizes since January 22.

Dale Weber of Laurel won $9,060 on January 22 playing Shake-A-Day. Weber bought his winning ticket at the Reno Club in Billings.

Stacy Sharp of Absarokee won $15,467 on January 24 playing Shake-A-Day. Sharp bought her winning ticket at the Chrome Bar in Absarokee.